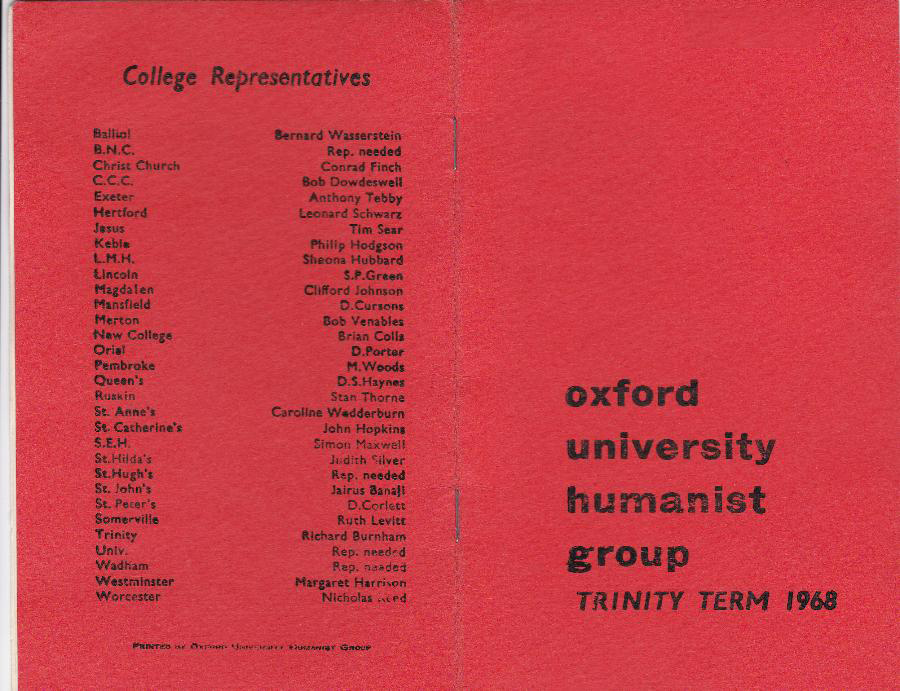 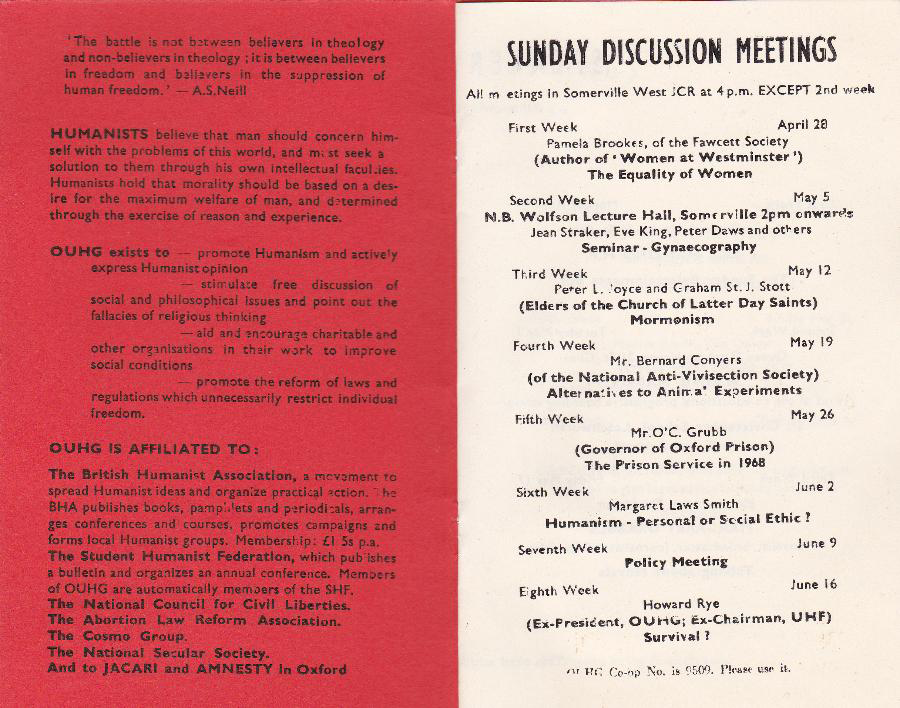 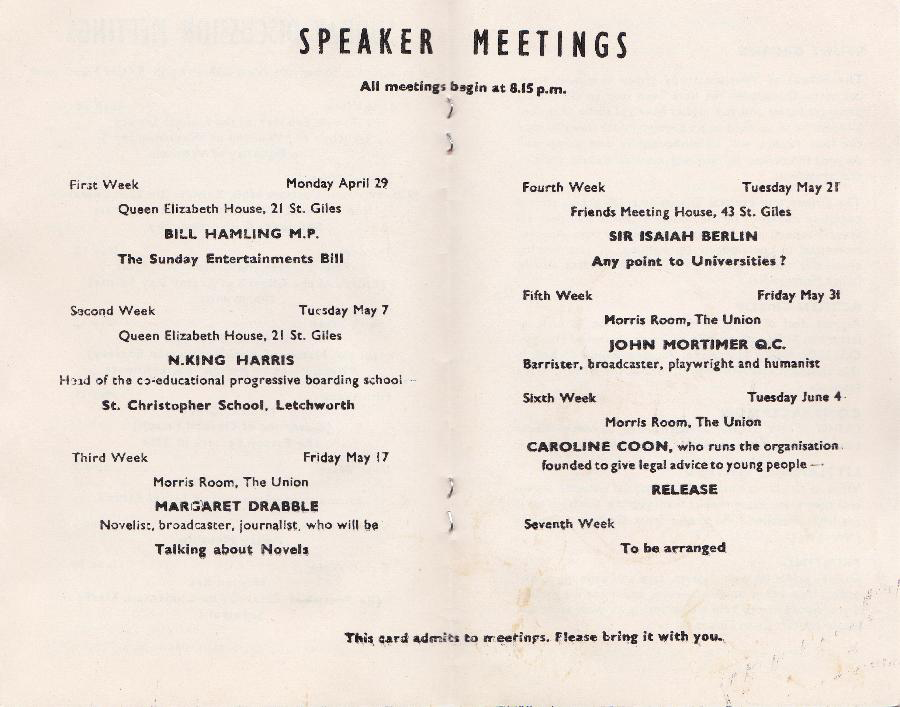 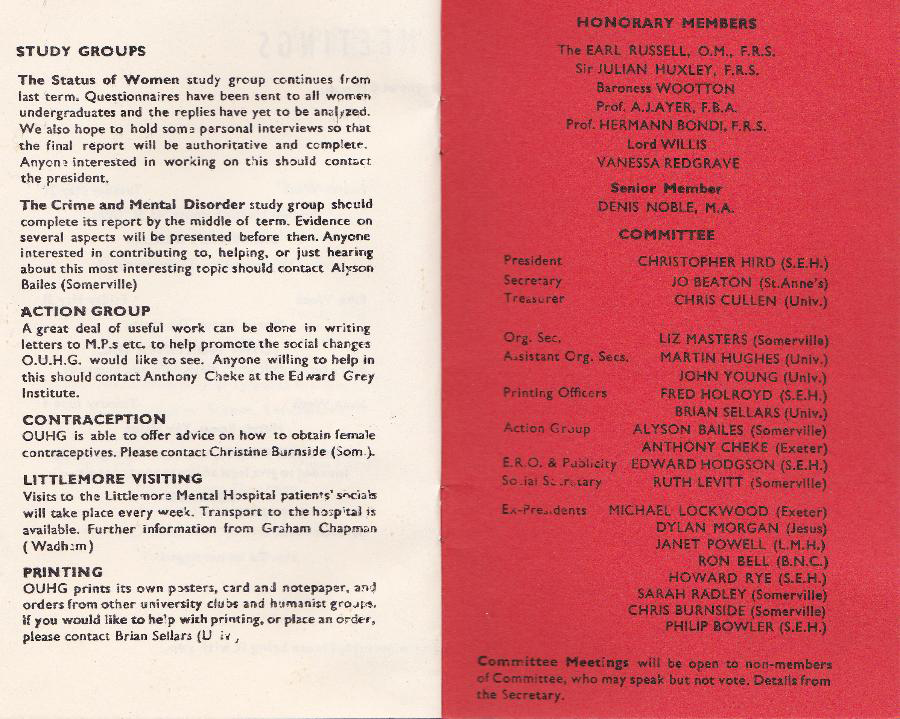 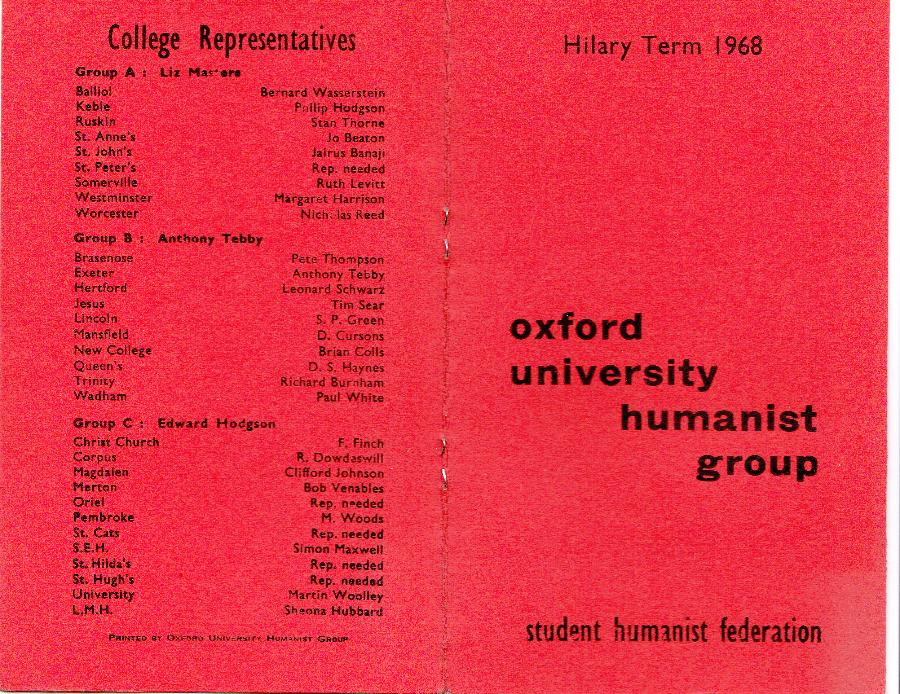 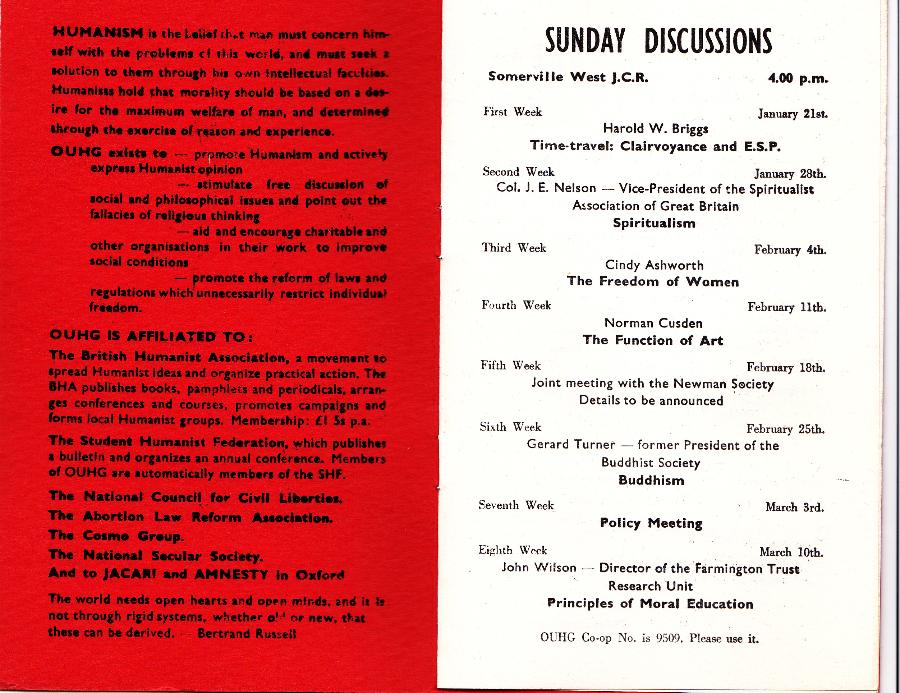 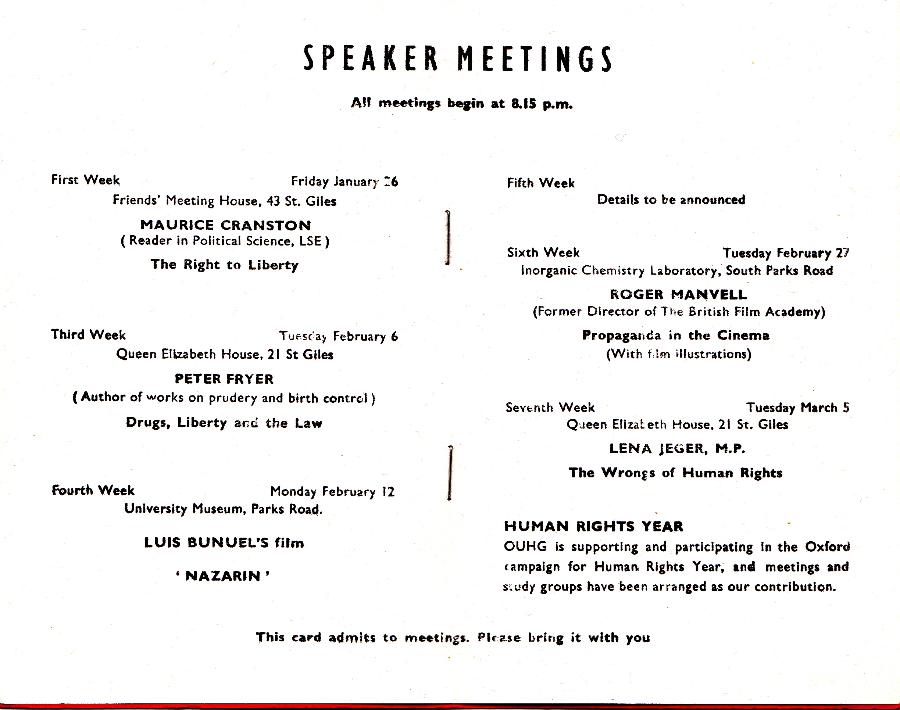 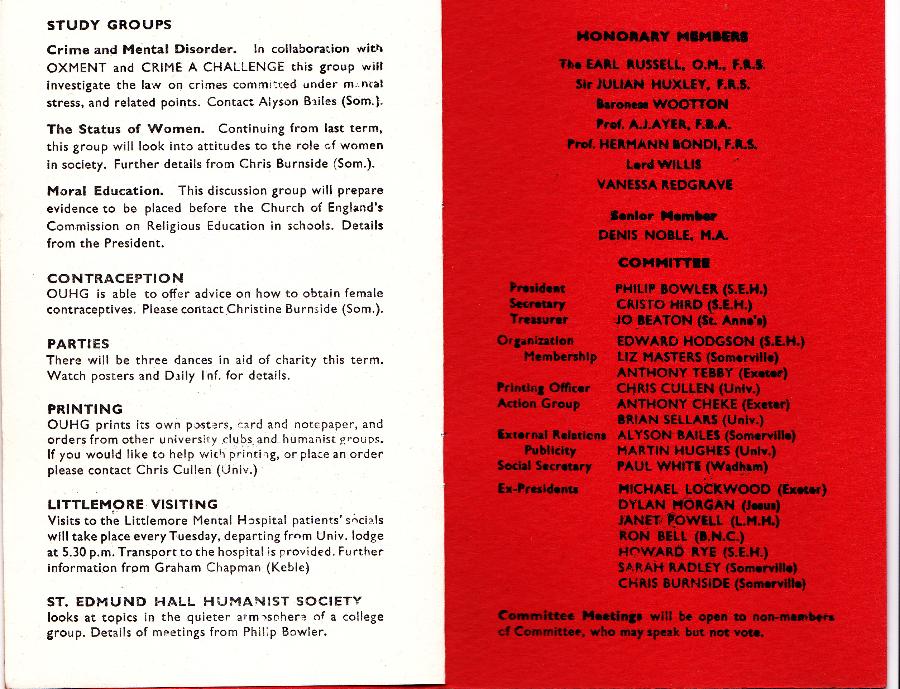 There was a tenth anniversary reunion, held in London on Saturday April 20 and the files show a large number of acceptances and a few notes of regret, one of which throws light on the early days of the group. 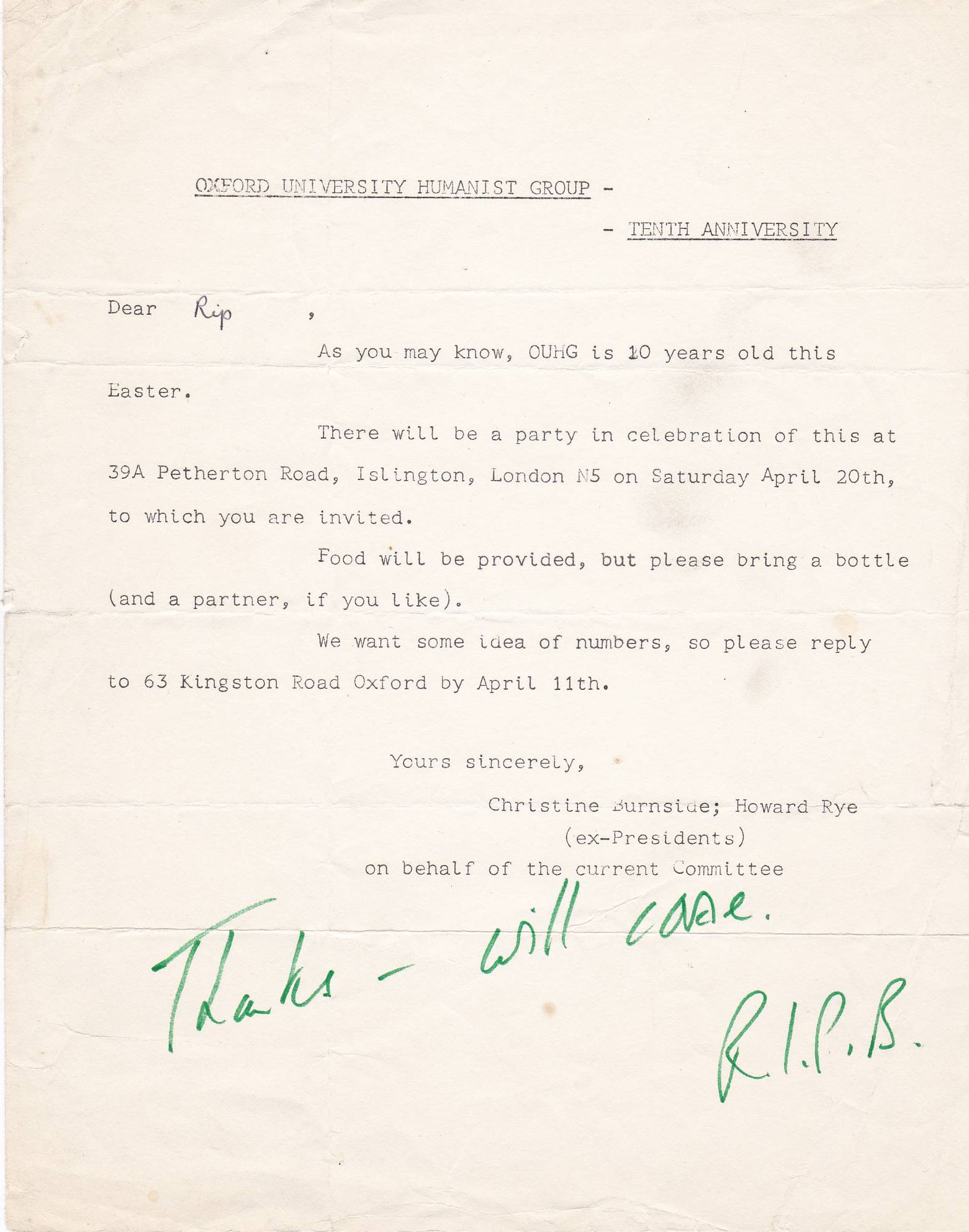 Chris Burnside was president, Philip Bowler secretary and Cristo Hird treasurer.Speakers included A J Ayer, Margaret Knight (who had become notoriouos in 1955 after two innocuous radio talks on morals without religion) and Tony Lynes of the new Child Poverty Action Group.  There was a joint study group on poverty with the Labour Club, a study group on marriage, and an advice service on contraception.

There was also correspondence with Francis Crick about a possible visit. 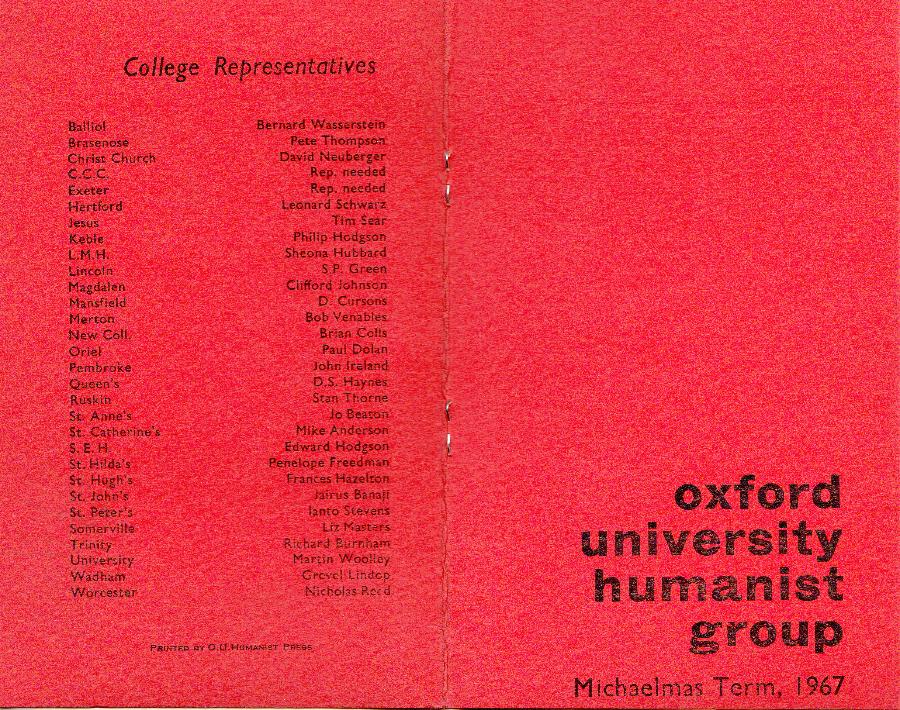 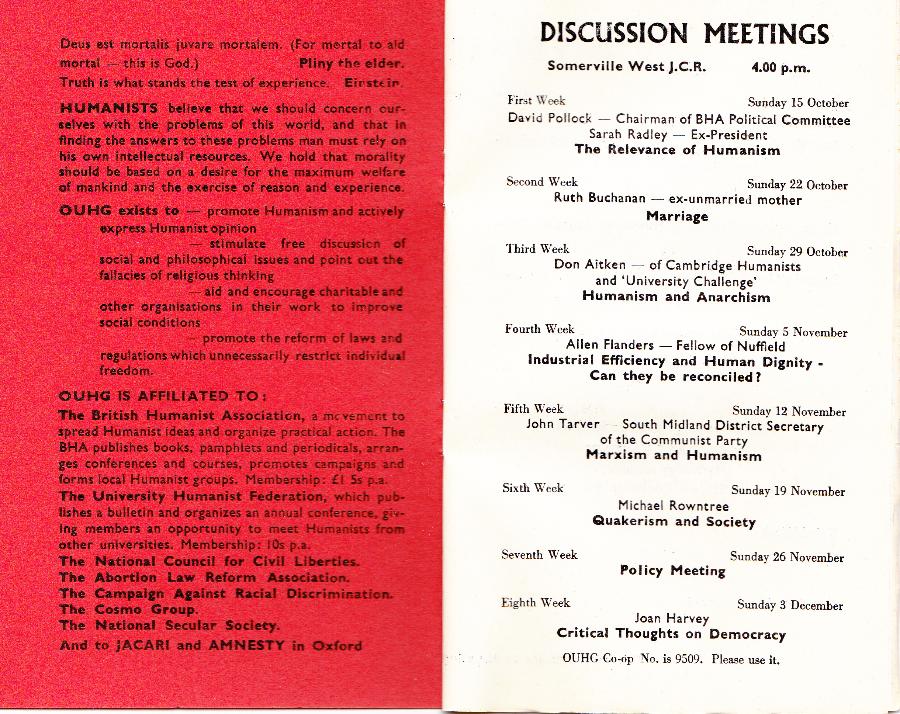 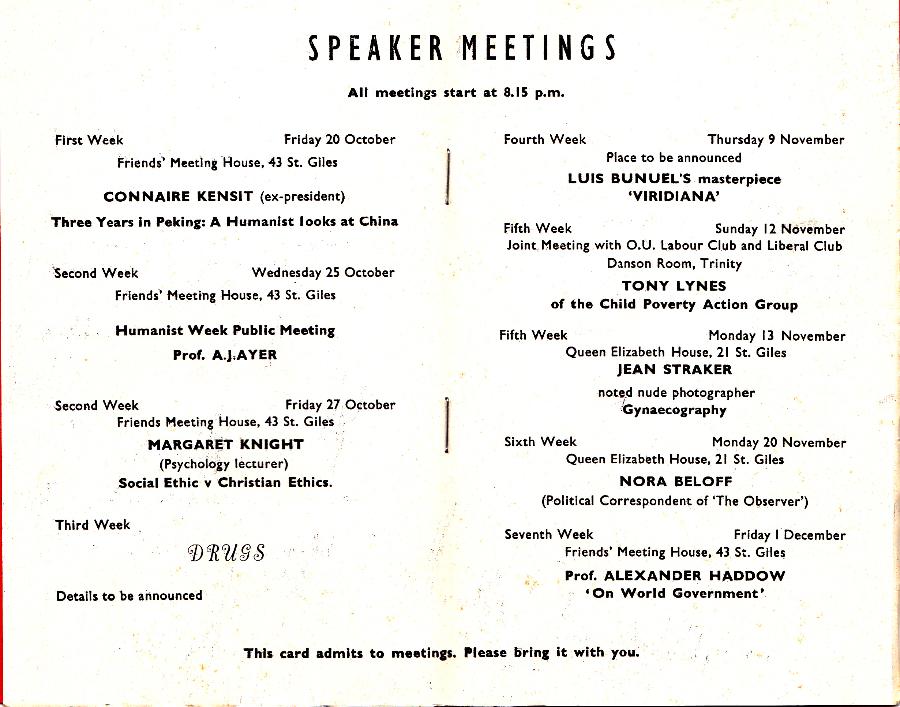 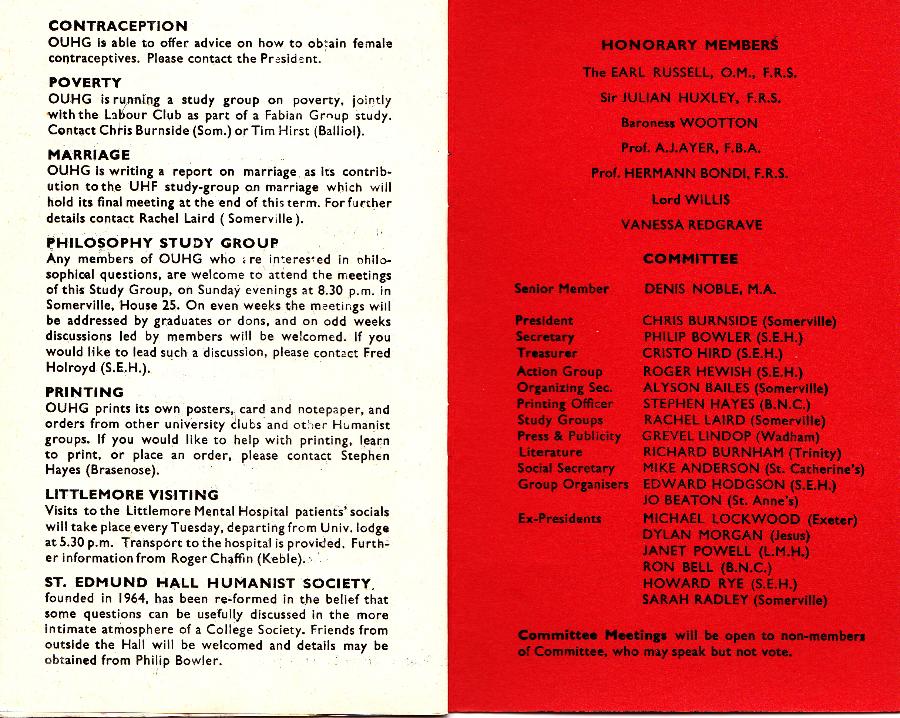 There was an exchange of letters with Francis Crick about a planned OUHG tenth anniversary conference – whether the conference ever happened I do not know.  There are four items, and they are reproduced from the Wellcome Library website: 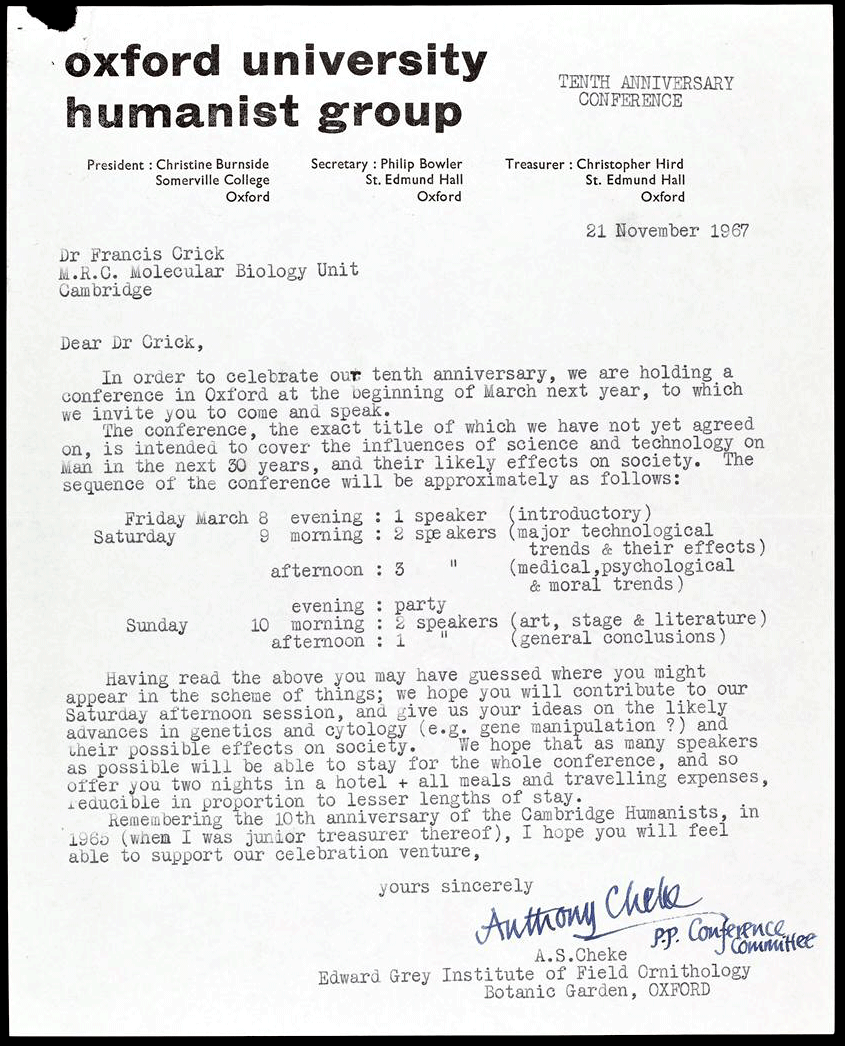 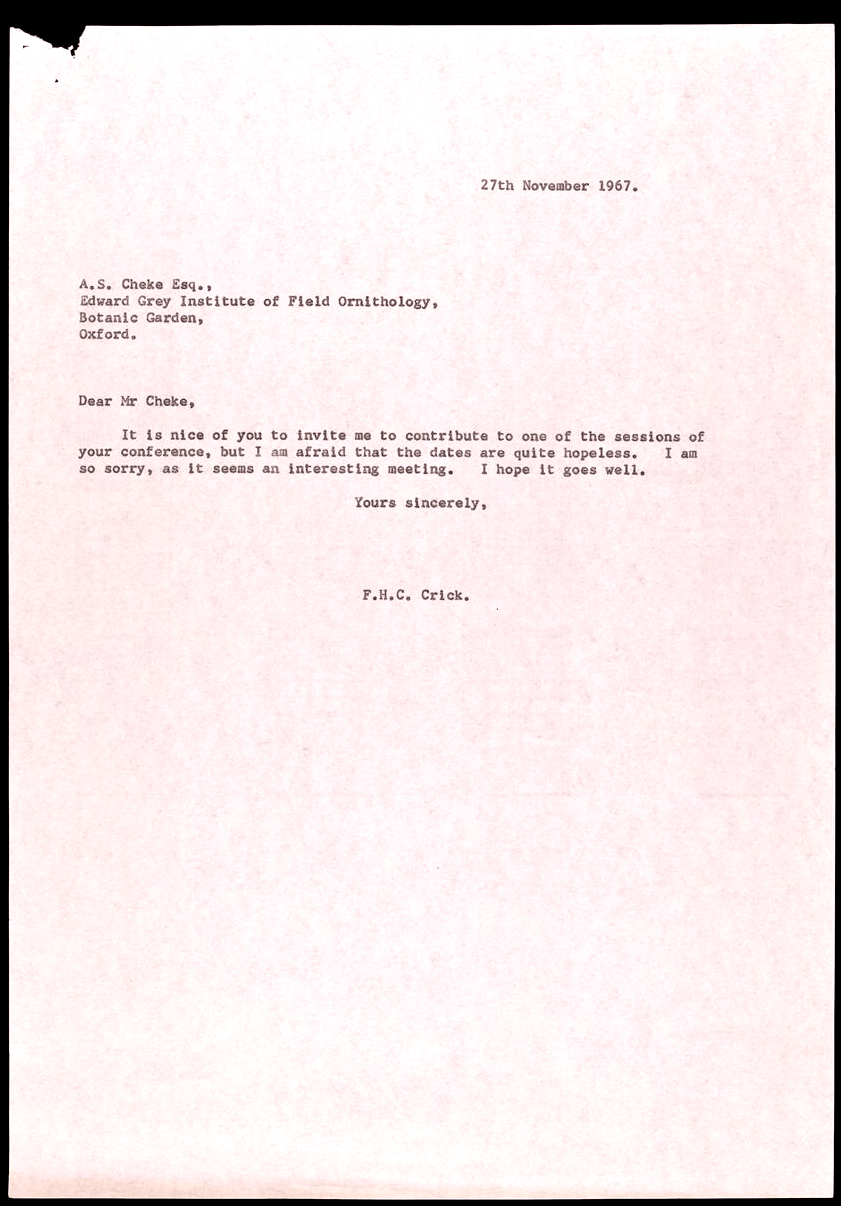 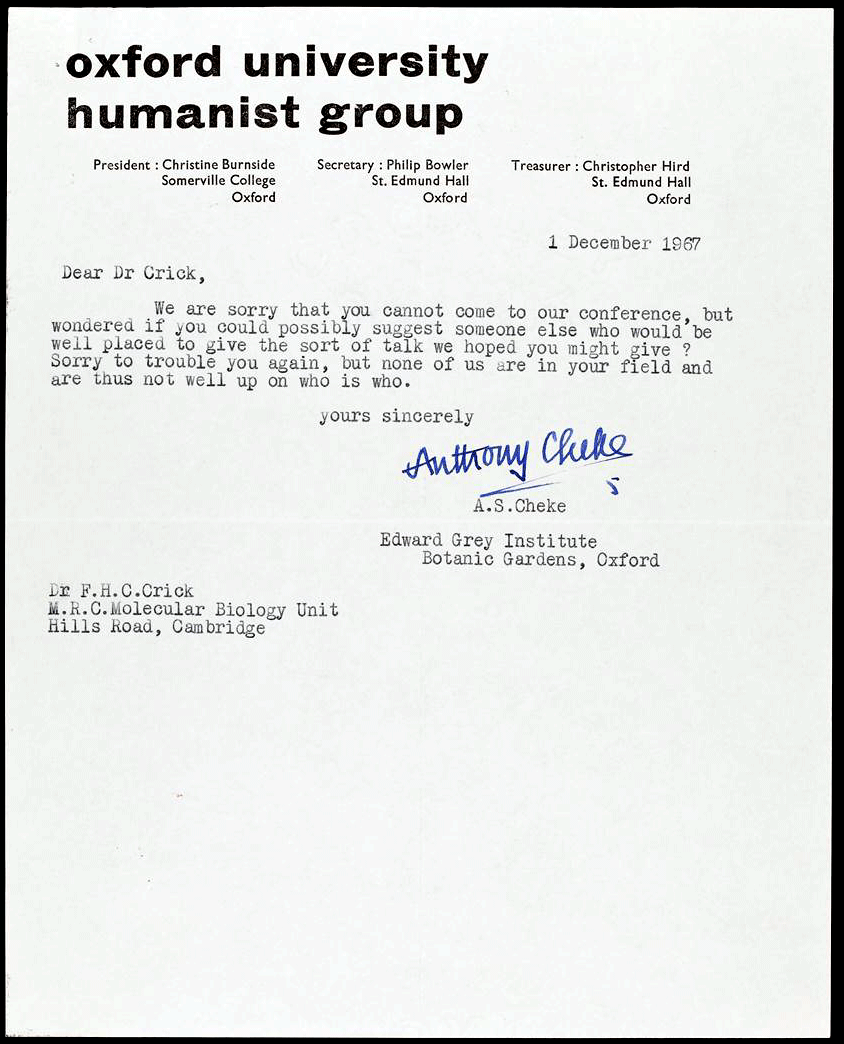 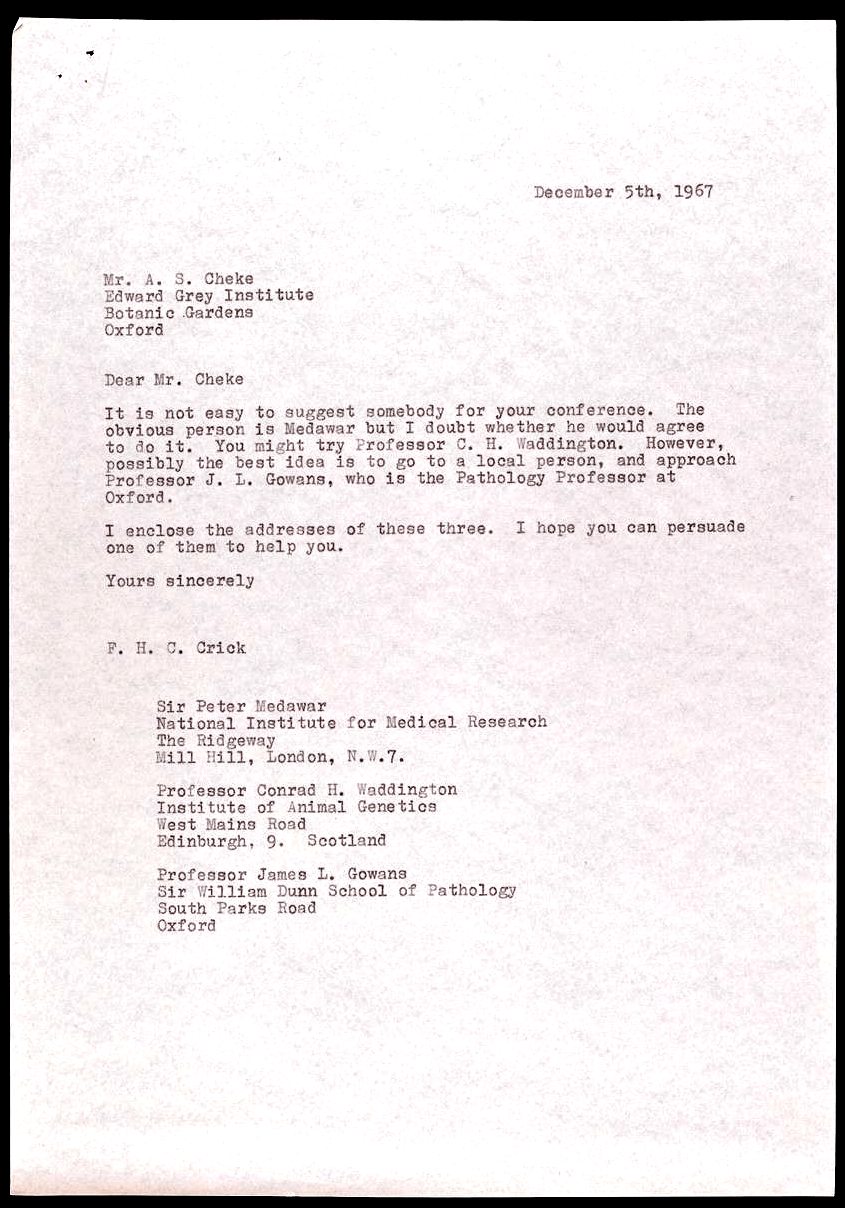