The Oxford University Humanist Group was founded by Tony Brierley of Lincoln College. He wrote to the Rationalist Press Association early in 1958 to enquire about any humanist presence in Oxford and received a reply from the RPA’s Managing Director, Hector Hawton: 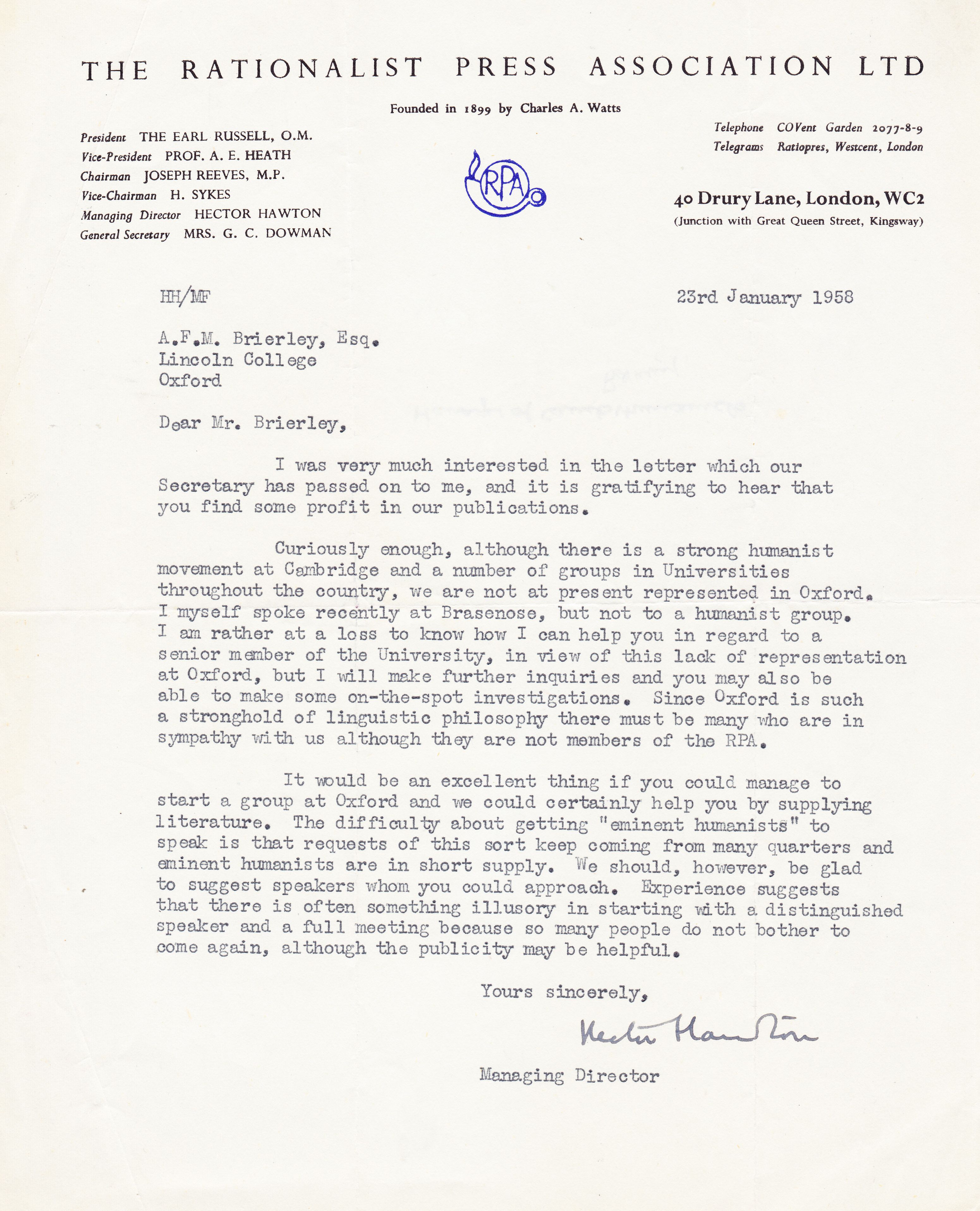 Hector Hawton was also the editor of The Humanist and author of various rationalist books.  He addressed the Group’s inaugural meeting, held a month later: 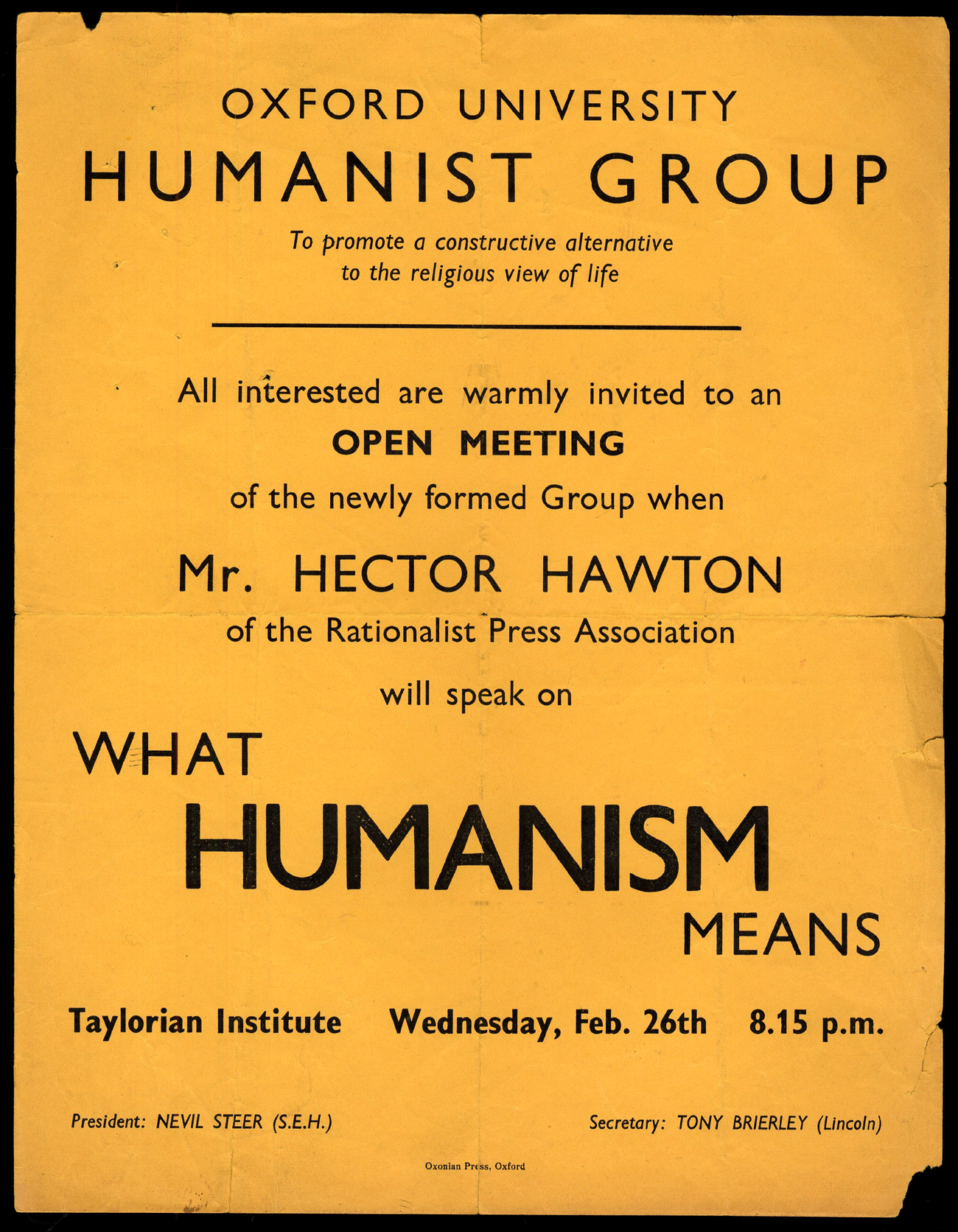 Tony Brierley recalls “in early 1958 visiting with some trepidation Professor Gilbert Ryle in his impressive rooms in Magdalen College to ask him to be our Senior Member.  He immediately said yes which in the climate at that time of deference to authority and religious belief was a great relief.”