This was the letter (Isis, February 1963) that sparked everything.  It responded to an article in Isis‘s series on the Humanists. 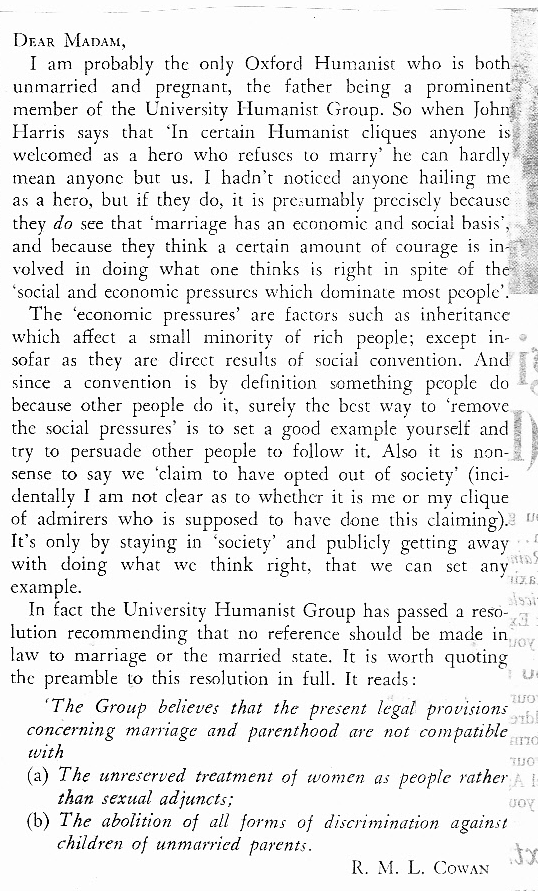 It had everything – Oxford, students and sex!  Fleet Street descended on Oxford, flashing cheque books around the Union bar looking – in vain – for anyone who would tell them the name of the father.  This was the Oxford Mail (14 February): 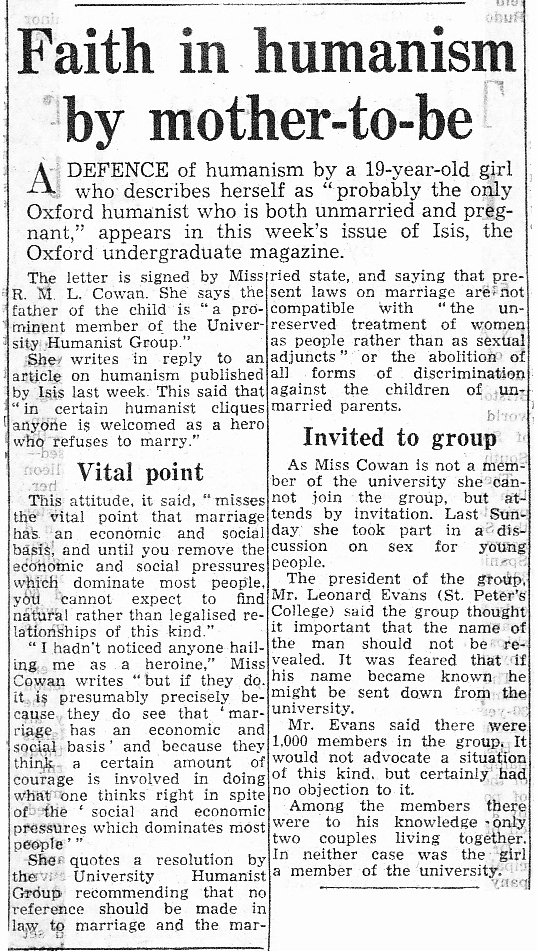 On the same day came the Daily Express:

and the Daily Sketch:

and the Daily Telegraph: 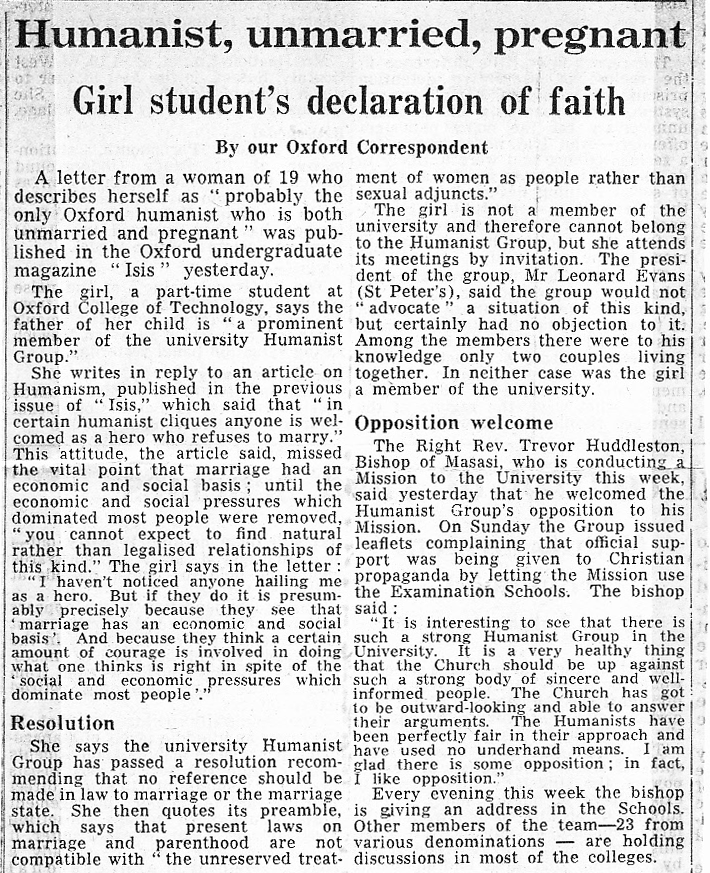 The Peter Simple column in the Daily Telegraph picked up the story the next day: 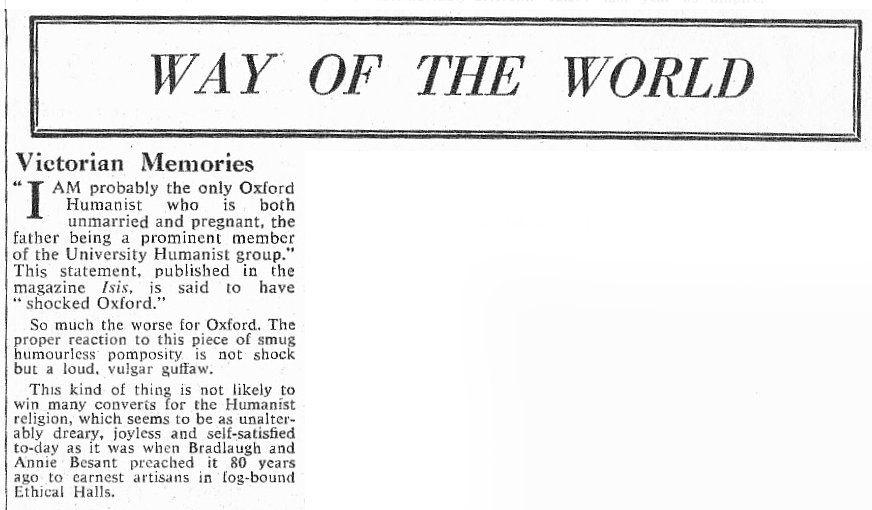 The Oxford Mail had this story on 21 February:

Notwithstanding, the Daily Express next day reported the opposite:

The news even reached Southern Rhodesia (as it then was – newspaper and date unknown): 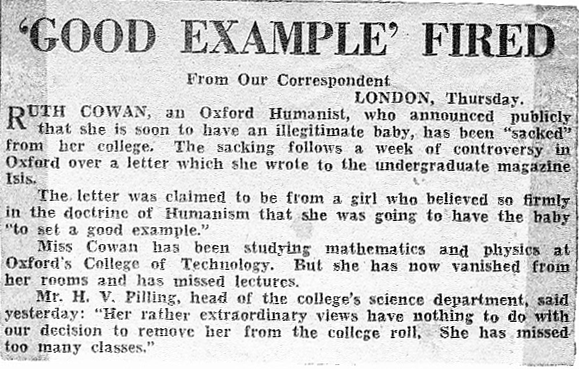 And the Ethical Union (now British Humanist Association) wrote in its March 1963 News and Notes:

Meanwhile criticism was building up of the behaviour of the press.

It is salutary to put the press furore into context.  The public and unashamed assertion of unmarried motherhood was a genuinely shocking at the time, as witness this cutting from The Humanist just a year earlier (January 1962) referring to an earlier incident when a “first year girl student” was “caught, it is alleged, in flagrante delicto” and Hector Hawton, editor of The Humanist opined that he could not “see how the college authorities could have failed to take a serious view” of the matter: