This was the term in which after endless years of argument and campaigning women were at last admitted to the Oxford Union Society. OUHG members were prominent in the campaign, as was acknowledged in this report in the Oxford Mail (30 October 1962): 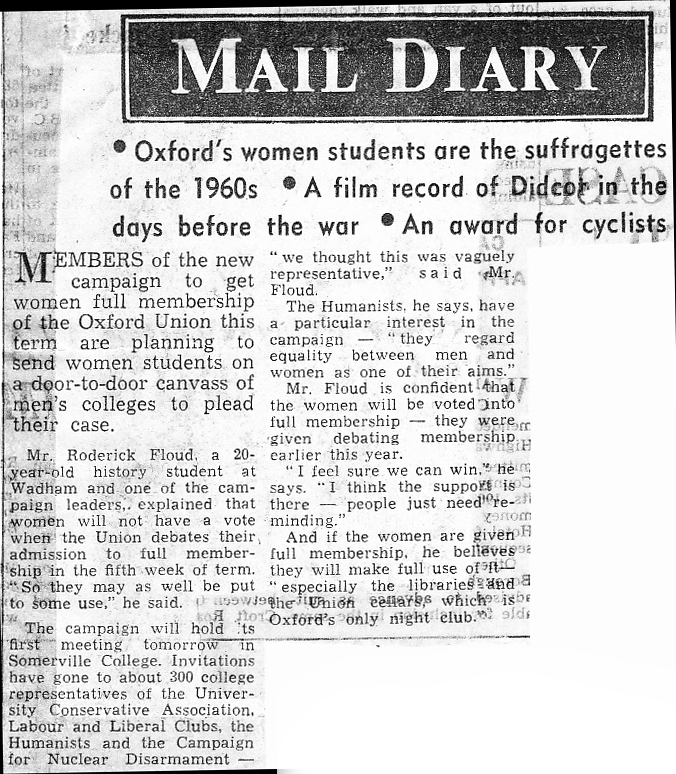 But in the ballot that term the reformers fell five votes short of the two-thirds majority that was required: 903 votes for, 459 against. In Hilary 1963 the OUHG press produced a ‘polling card’ for the ballot and OUHG members canvassed assiduously. 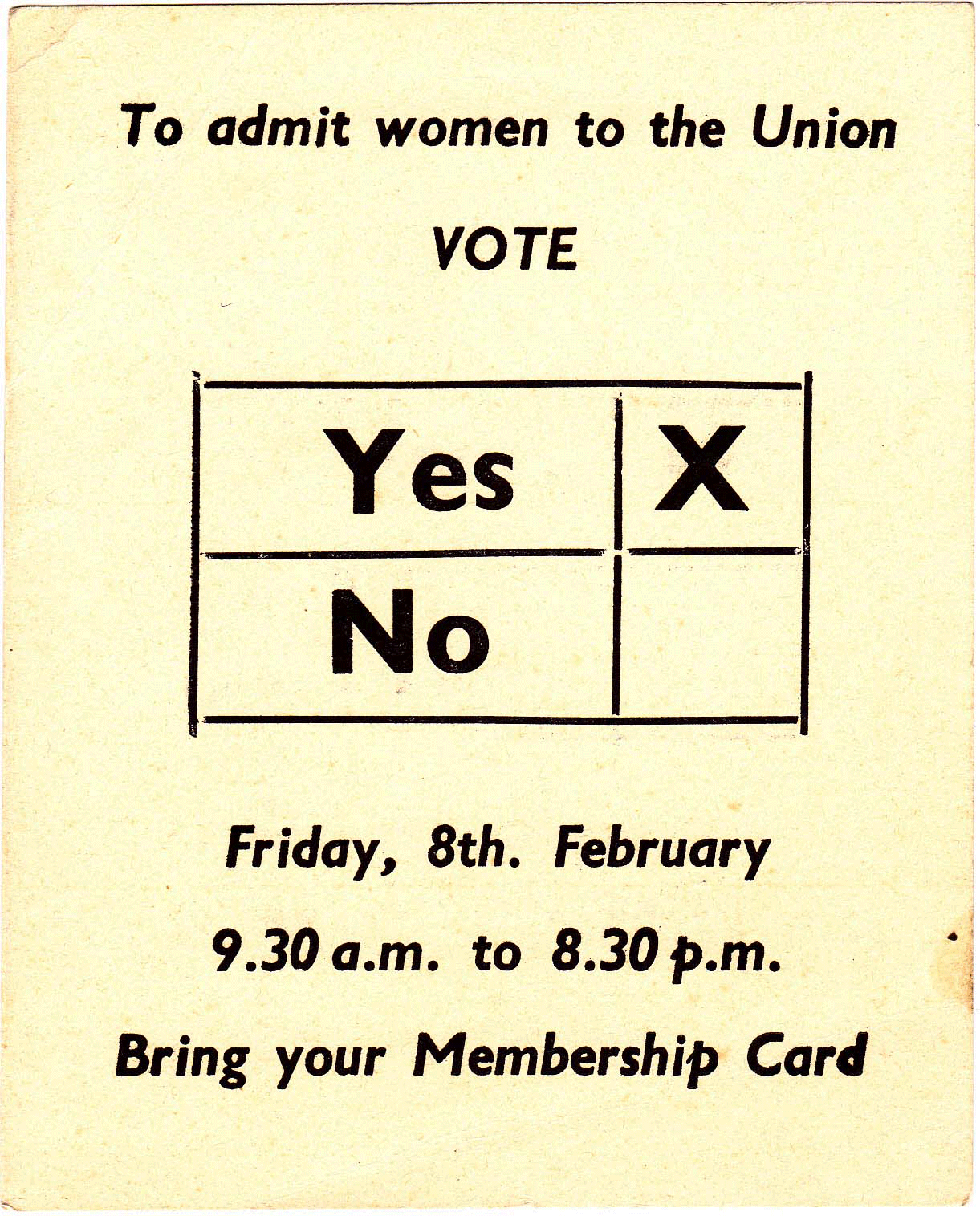 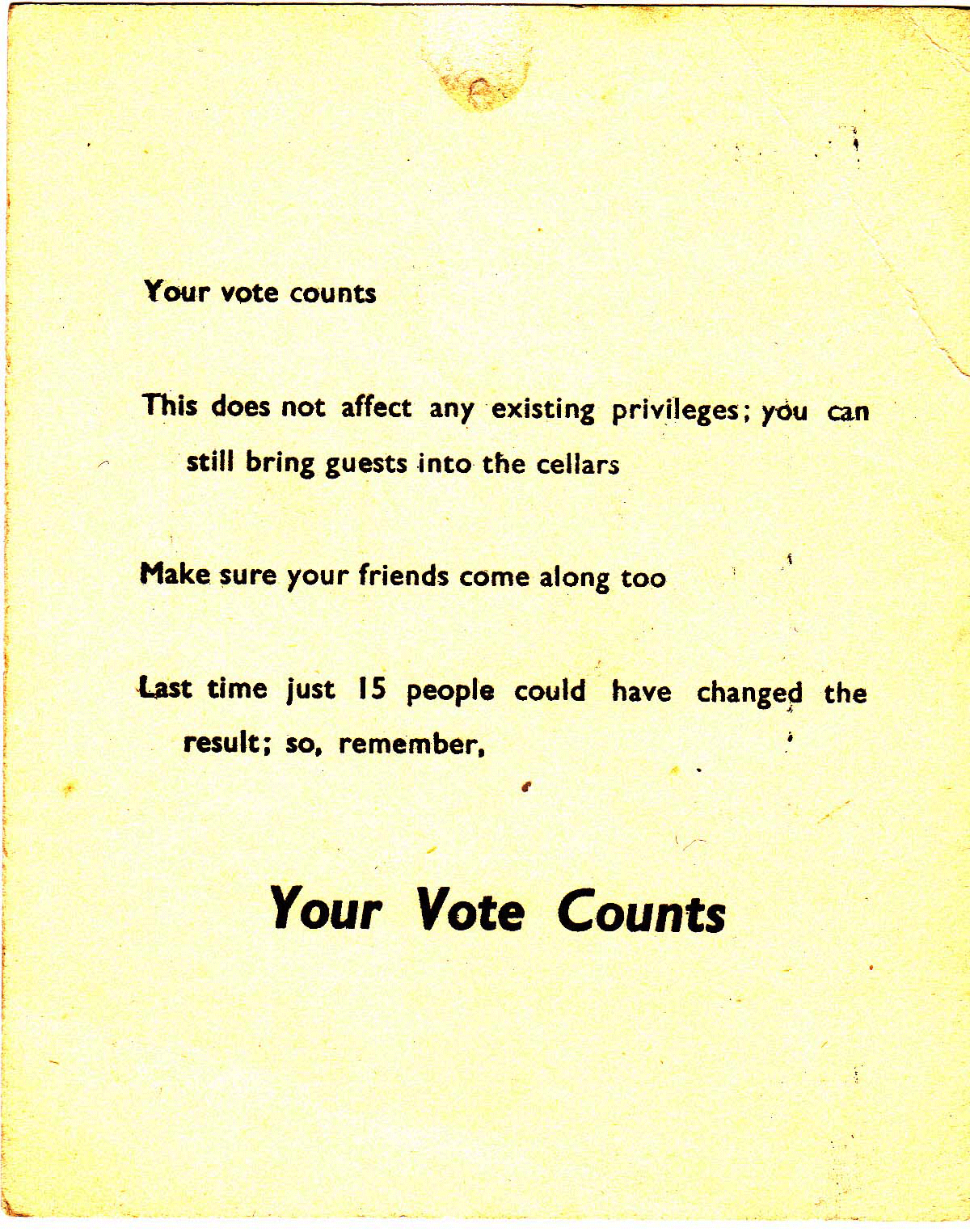 At last the battle was won, by 1,039 votes to 427, and after a futile last ditch attempt to use the blackballing rule to bar all women applicants (a rule promptly abolished) women were admitted. Former OUHG committee member “Deirdre Wilson, 21” got her photo in the Daily Mail‘s gossip column (12 February 1963) along with eight other aspirant members.