The SCM (Student Christian Movement) organised a Mission to the University led by Trevor Huddleston, the Anglican priest renowned for his work in South Africa in opposition to the apartheid regime. The OUHG considered this a direct challenge and so embarked on a vigorous and argumenative response.  [A transcript of these items, bar the Tribune column, can be found here.]

We put up posters: 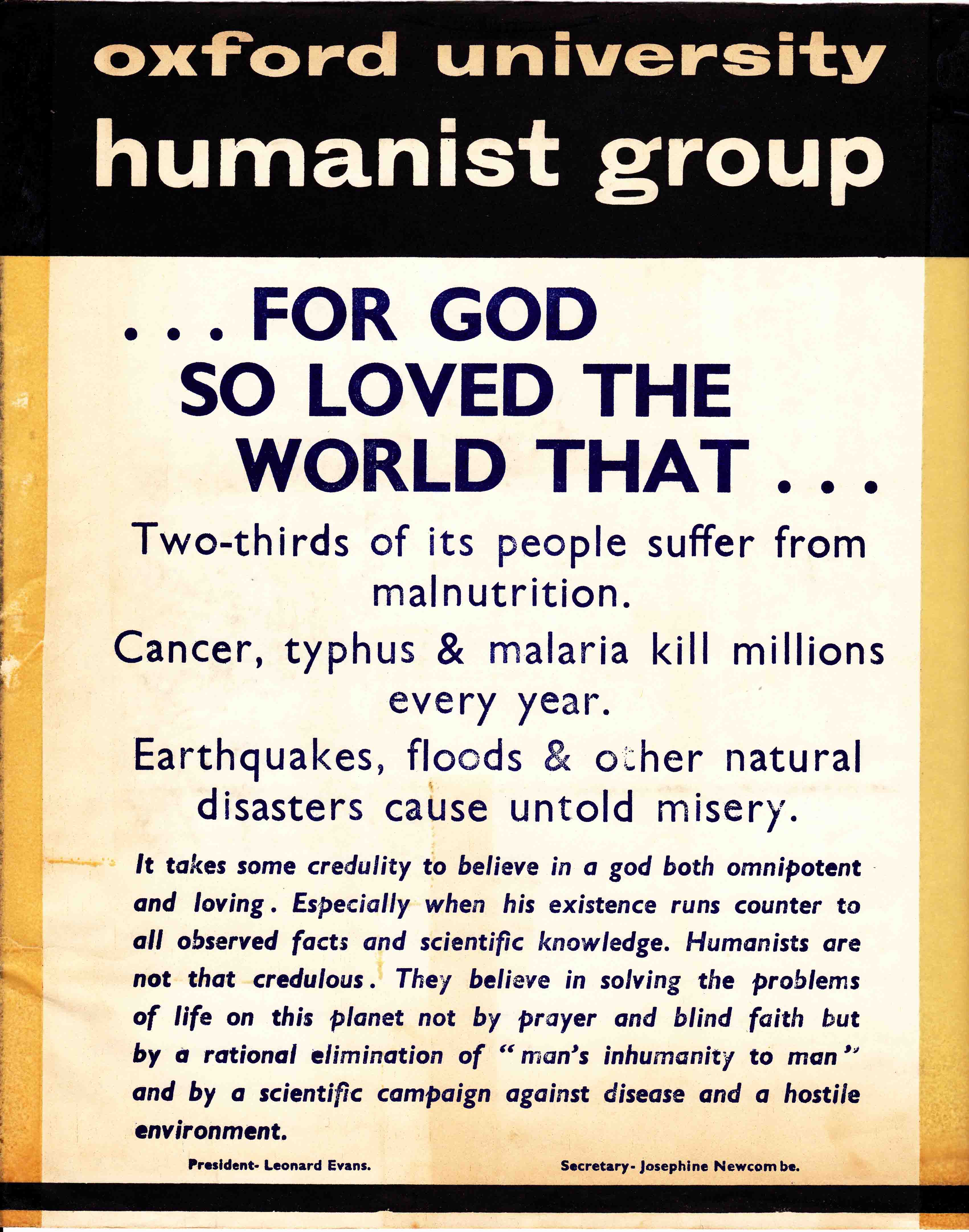 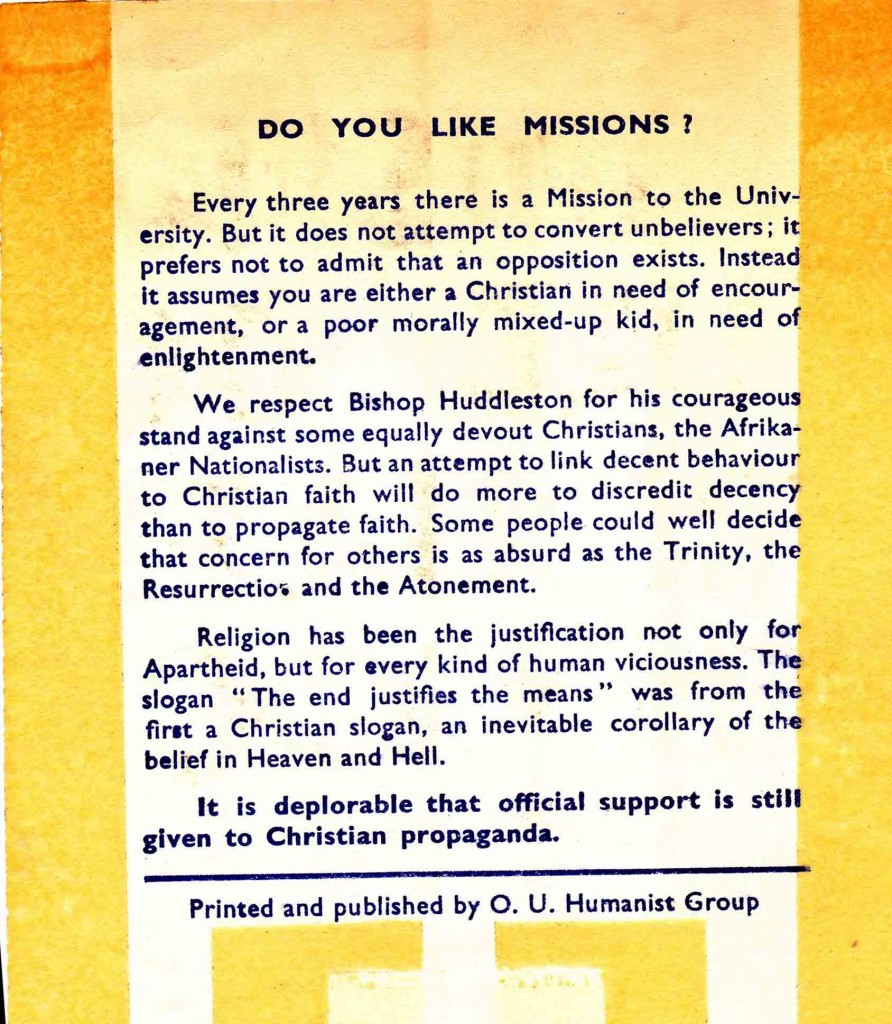 and attended all Father Huddleston’s lunchtime question and answer sessions.  At one of these he said shockingly that he could think of no reason for his wonderful work in South Africa if he did not have his Christian faith – as recorded in one of our letters to Cherwell (23 February 1963): 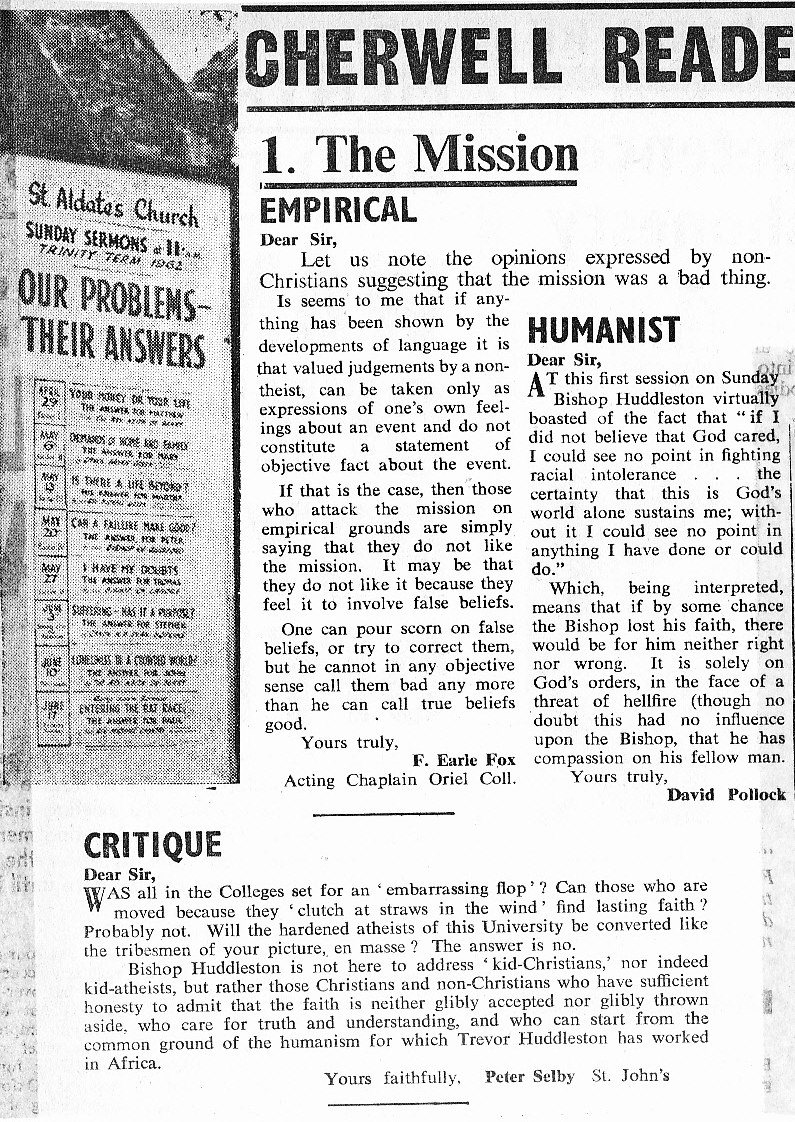 Cherwell (9 February 1963) had run its own critical editorial, in which it appeared to believe the mission was being run by the shiny-faced evangelicals of OICCU (Oxford Inter-Collegaite Christian Union) rather than the relatively thoughtful SCM: in fact, OICCU boycotted the mission!

The OUHG stand was noted not only in the local Oxford press:

which was followed on 14 February by:

but also elsewhere – in The Times (11 February): in the Guardian (11 February)

and on 15 February in Christopher Driver’s column on the churches: 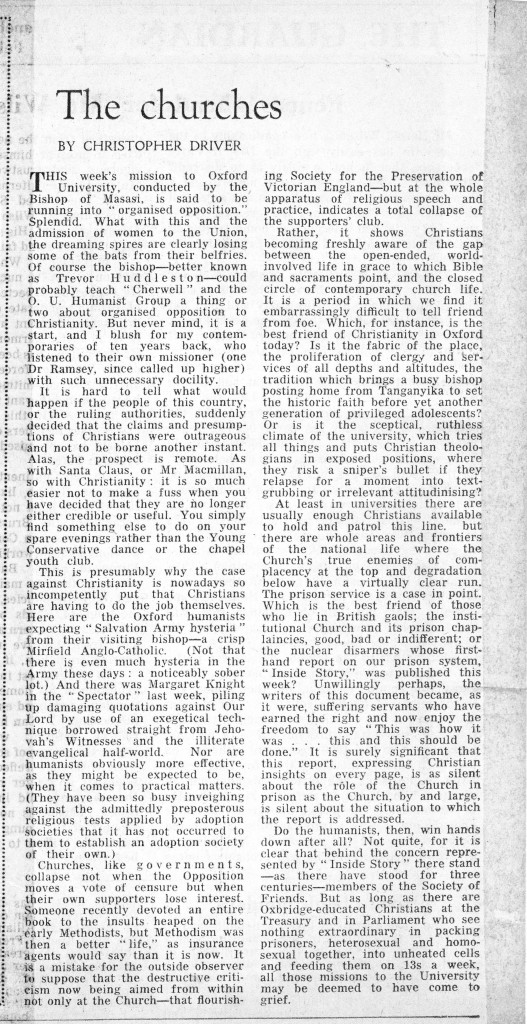 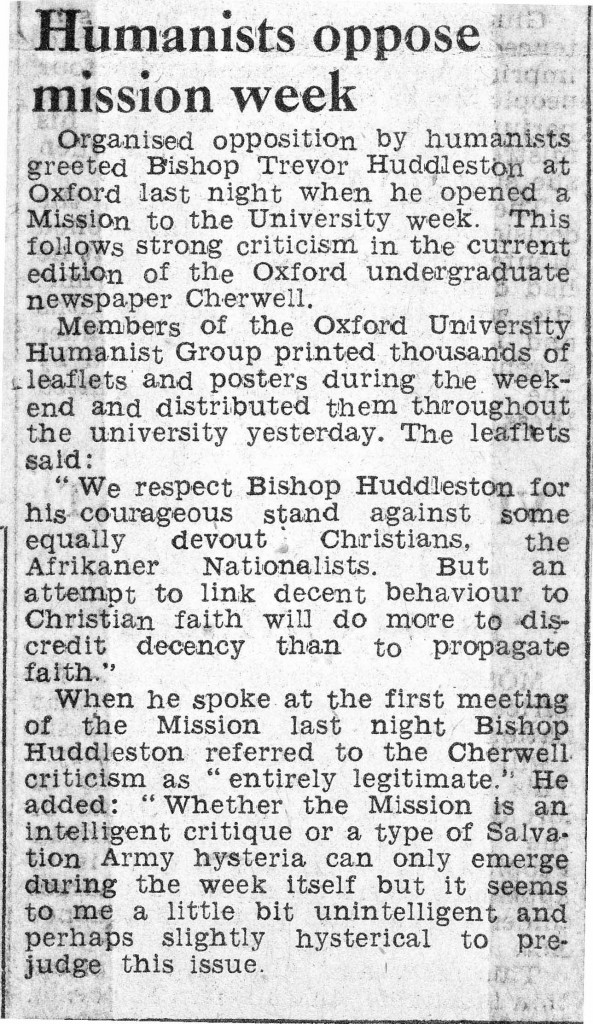 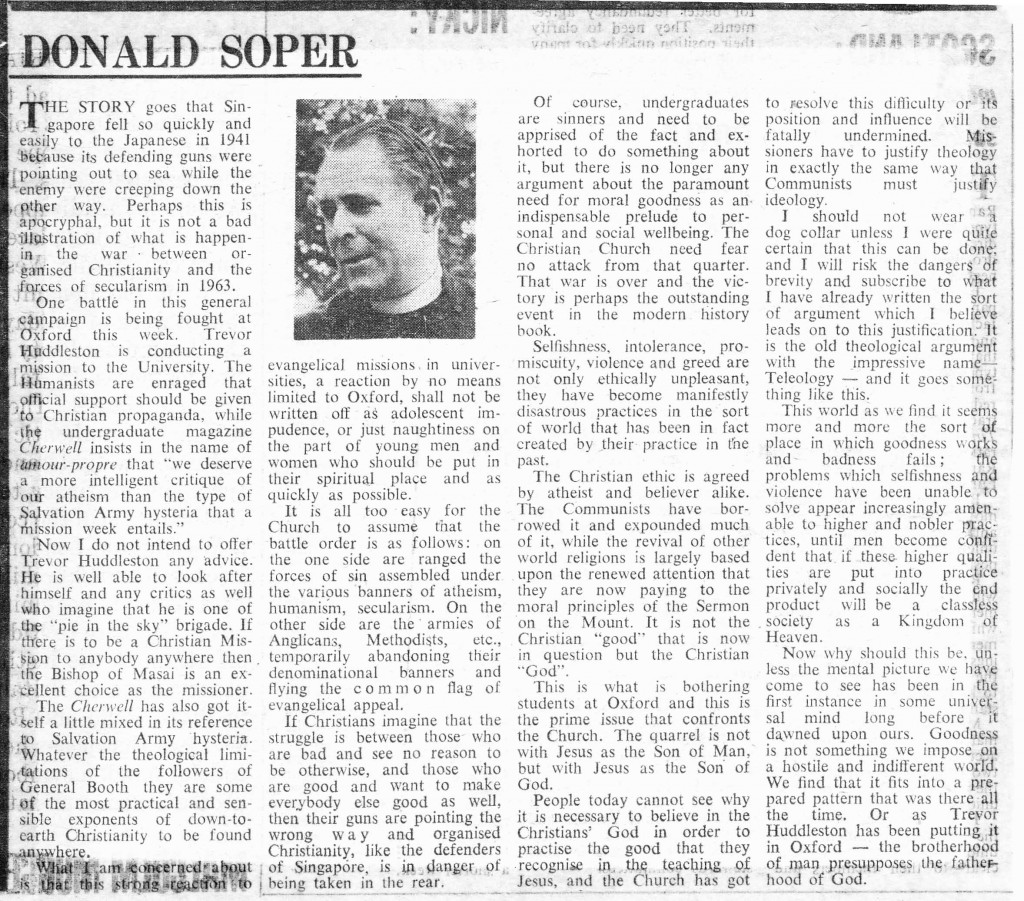 Mandrake in the Sunday Telegraph (3 March 1963) made gentle mockery of OUHG while recording that it was now “the largest university society, with a membership, this term, of 859”: 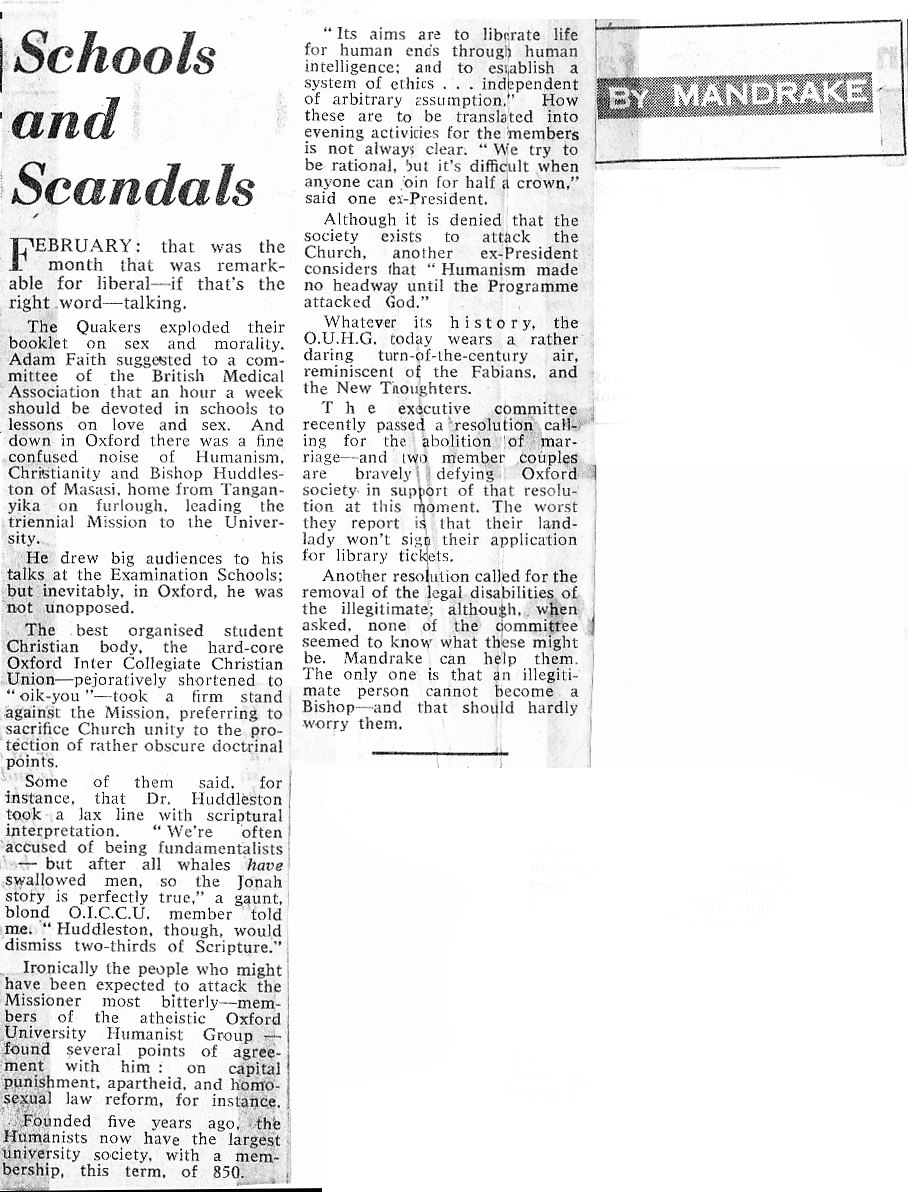 The religious press also noticed us.  This was the Church Times (15 February 1963): 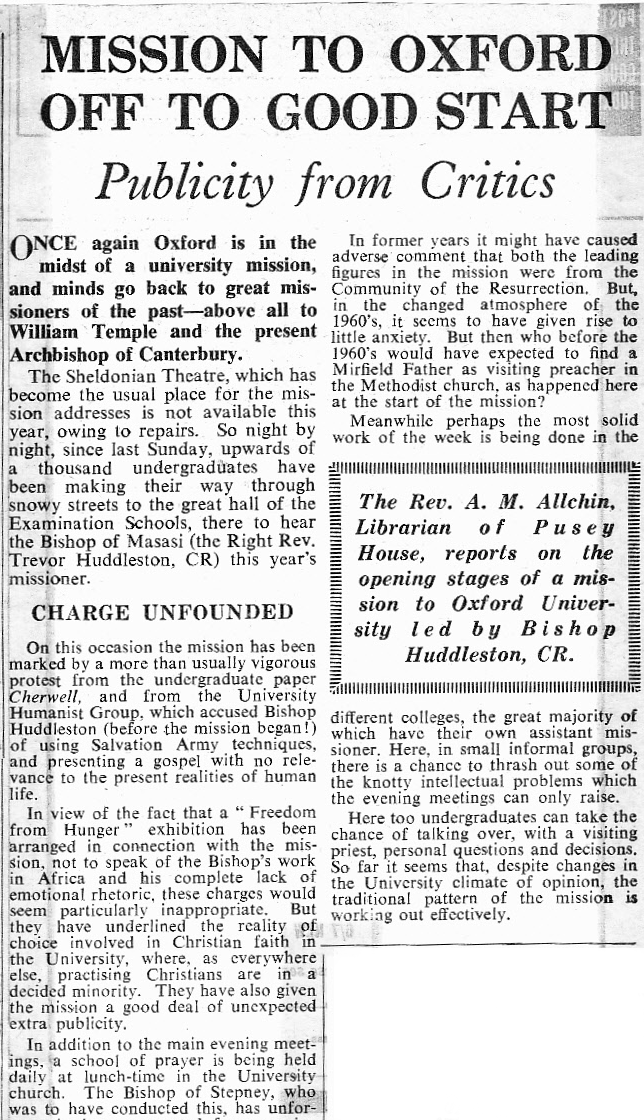 The Church of England Newspaper had this (15 February 1963): 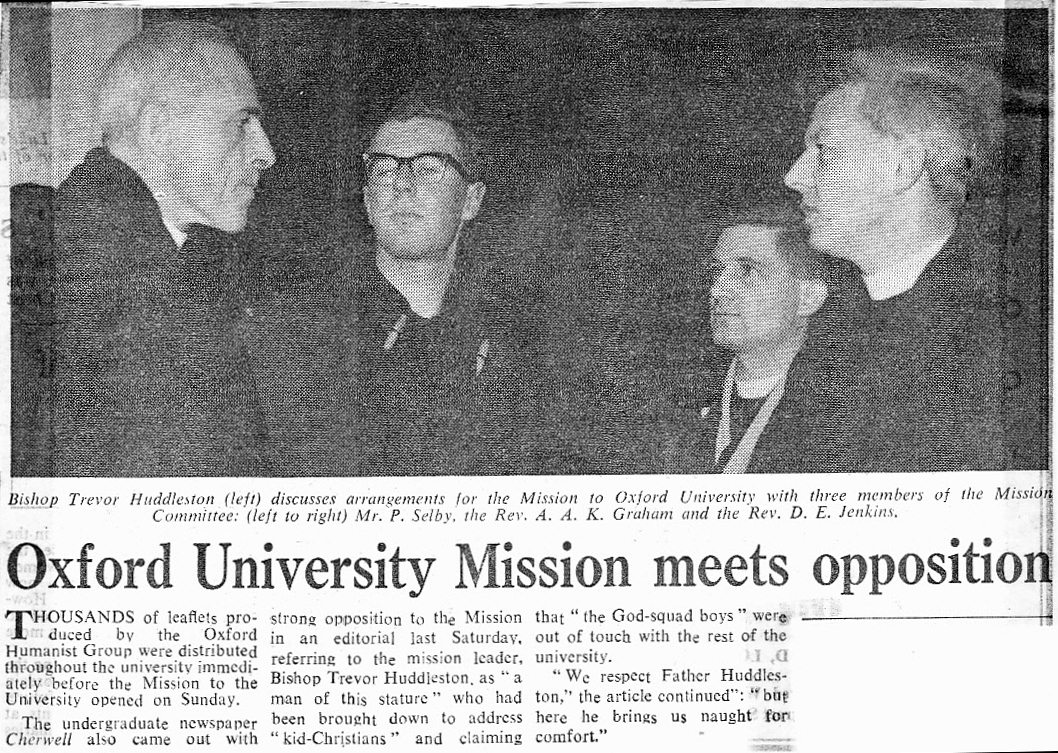 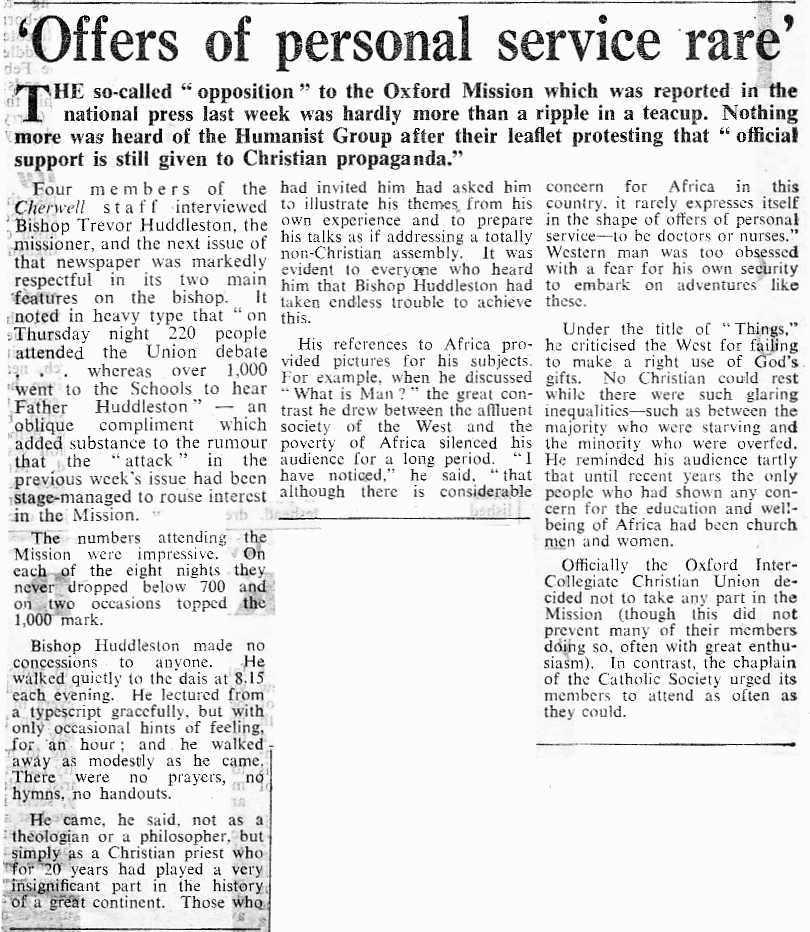 – which also called for a letter to the editor (15 March 1963) – a letter that may well have been the reason why the CEN soon invited David Pollock to write an article on Why I am not a Christian: 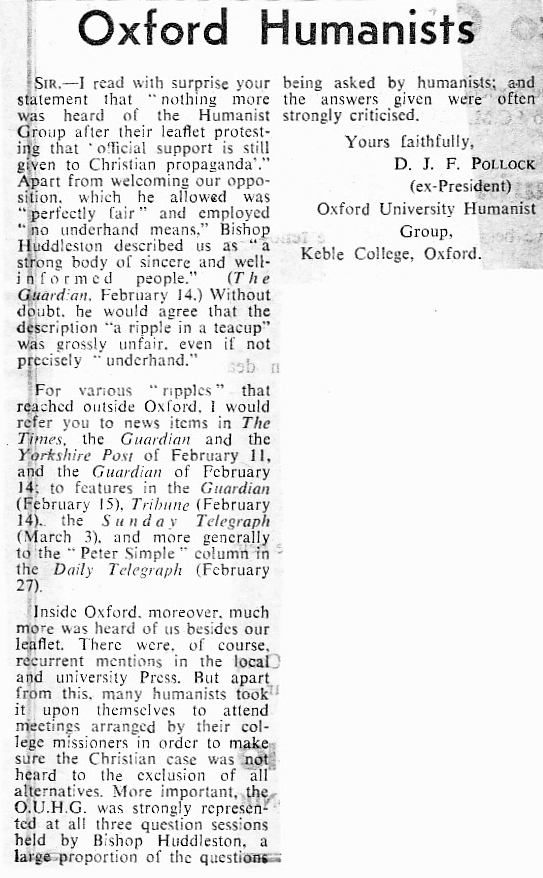 And the Baptist Times reported on 21 February 1963: 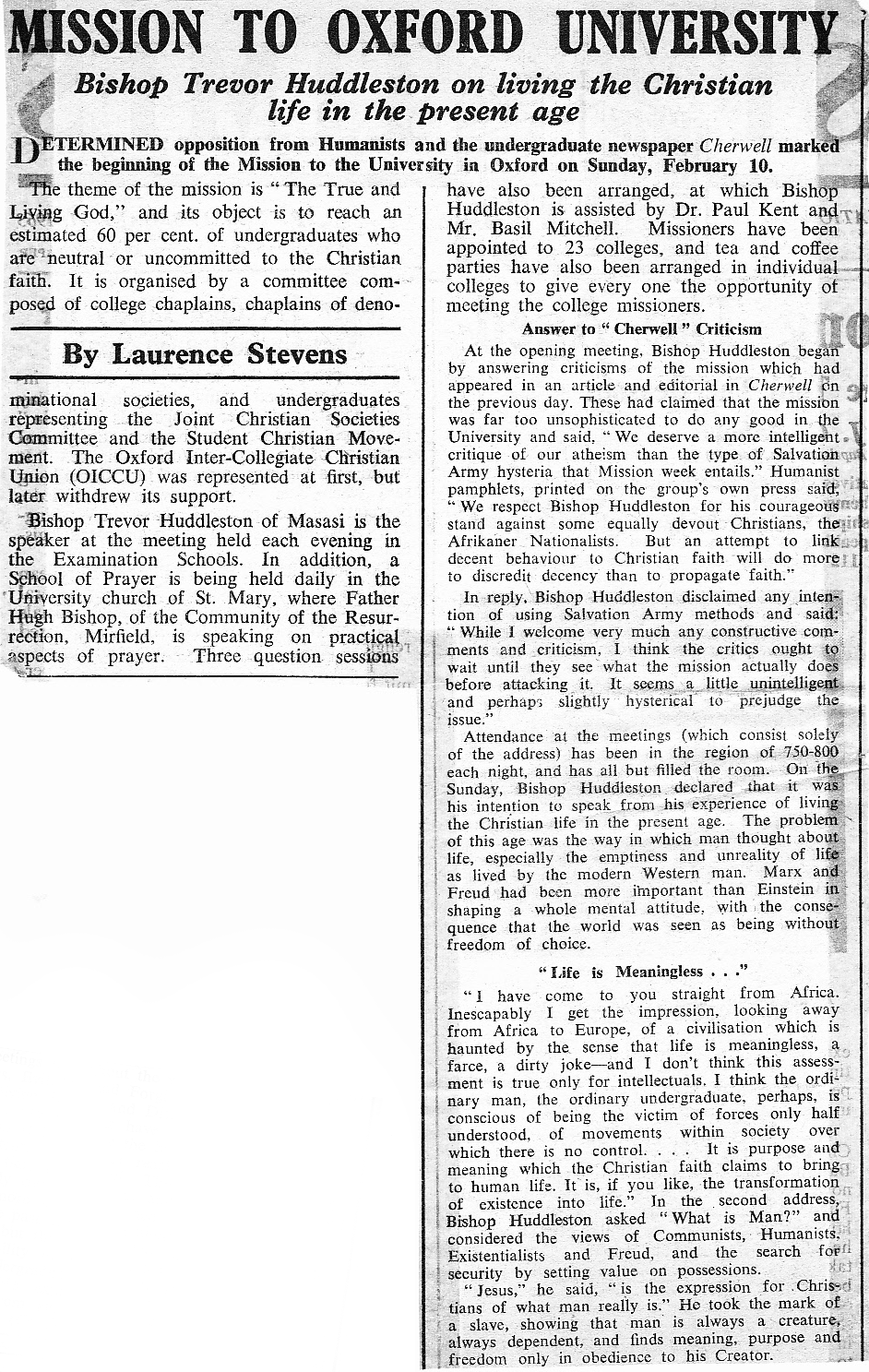 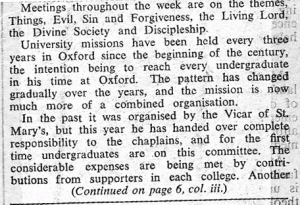