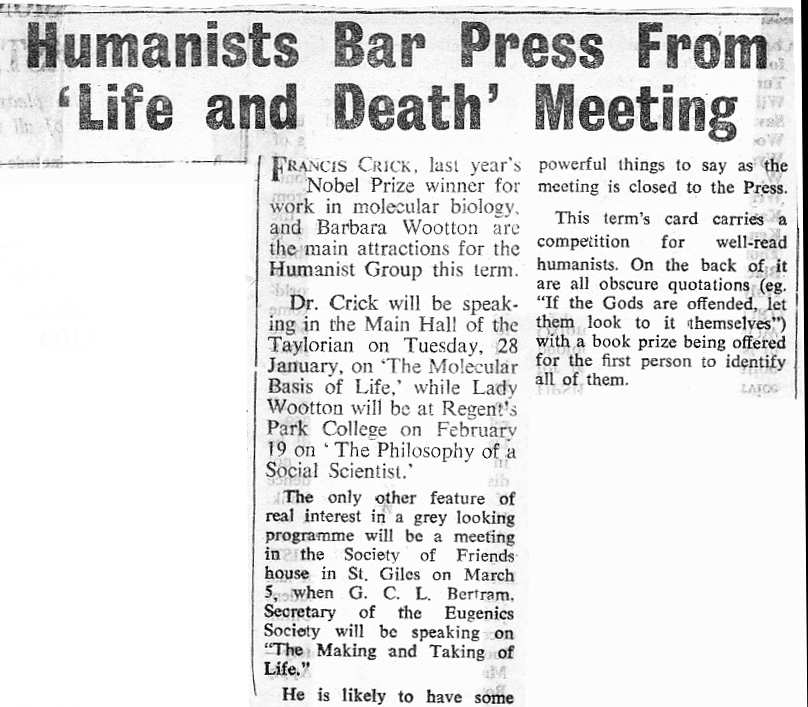 It also reported in the same issue a row with Vade Mecum, the termly listings magazine: 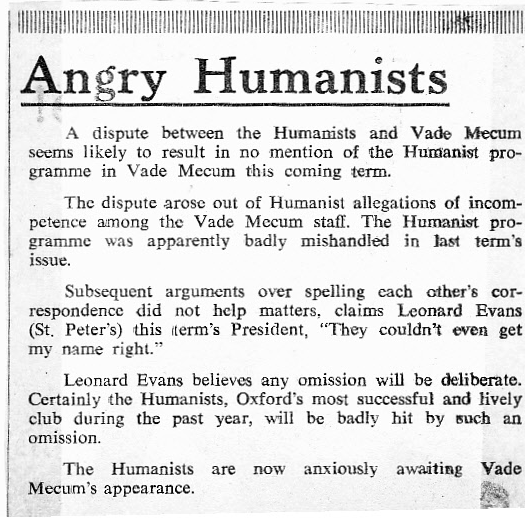 Peter Simple’s “Way of the World” column in the Dailty Telegraph found OUHG well enough known to be worth satirising – the final paragraph is a reference to this. 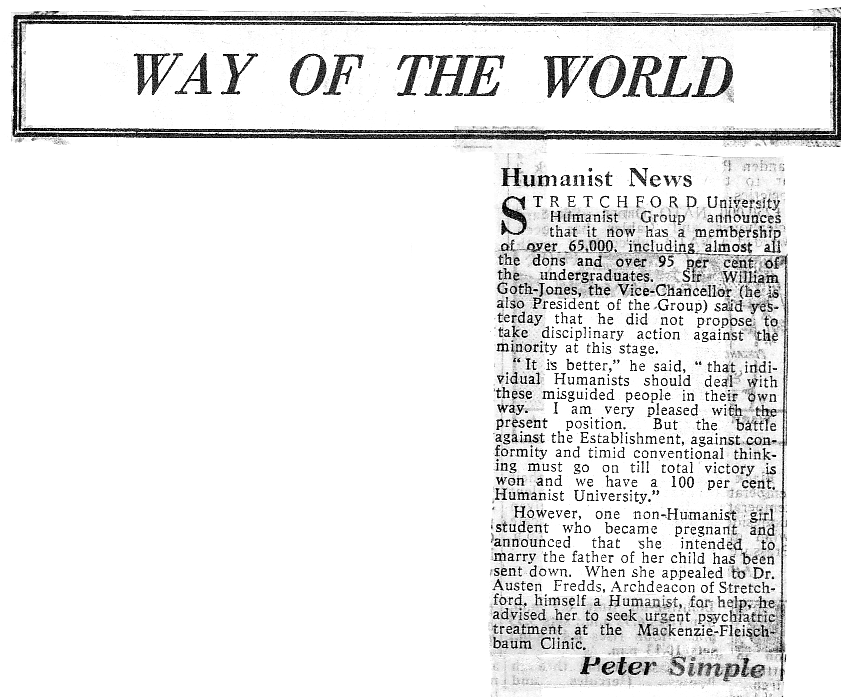 Several of the term’s meetings attracted coverage. Francis Crick’s address in Second Week was reported in the Oxford Mail (30 January 1963):

The debate between Anthony Quinton and R W Southern was reported in Cherwell (9 February 1963): 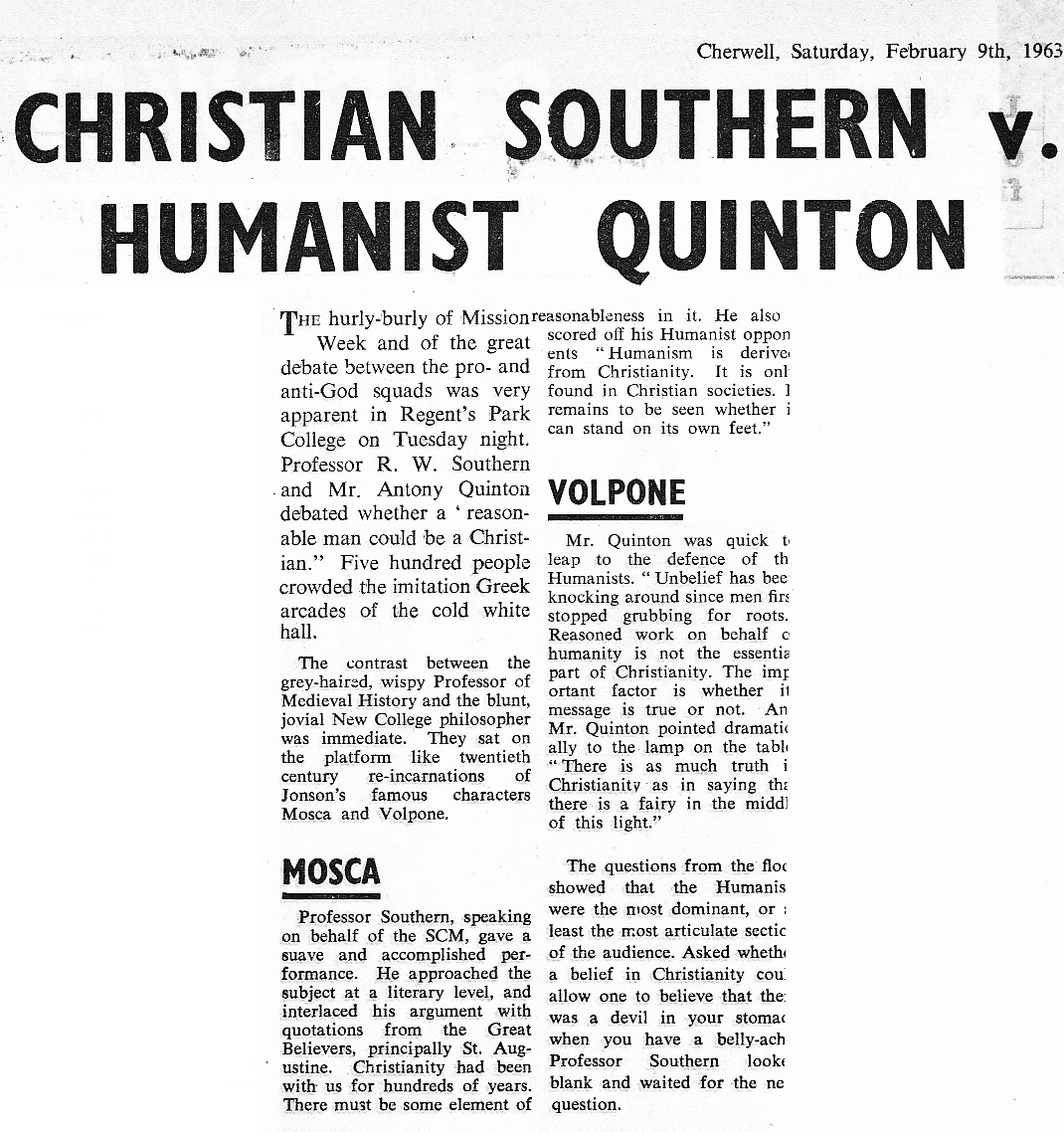 In addition, the flamboyant and luxuriantly moustached Sir Gerald Nabarro MP got into the act, if somewhat obscurely, both in the London Evening Standard (27 February 1963): 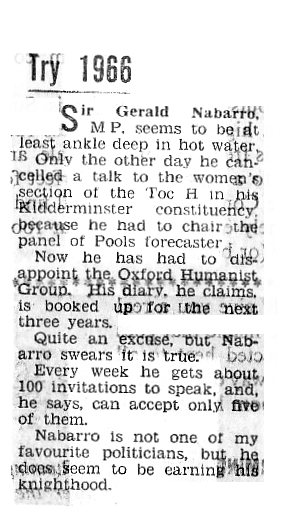 In June 1963 The Humanist noted the OUHG’s successful term: 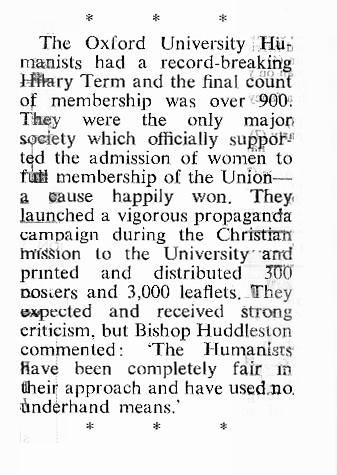