OUHG ex-president Josephine Newcombe grabbed the headlines with her condemnation of the abortion law in an Oxford Union debate: the motion was carried by 369 to 122 but reform was still over three years away.  The Oxford Mail reported on 7 February 1964: 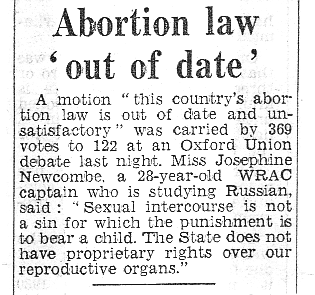 Cherwell (12 February 1964) gave a more general report on the debate: 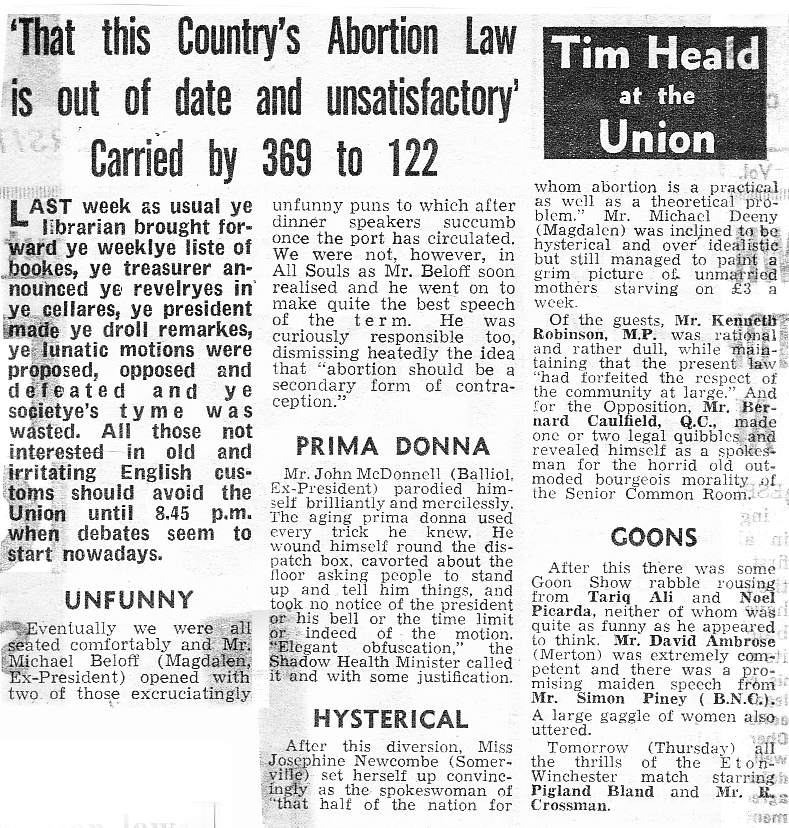 On 5 and 12 February 1964 the London Evening Standard had items about OUHG in its Oxford and Cambridge column (the existence of which is itself a sign of the attention Fleet Street gave to Oxbridge): 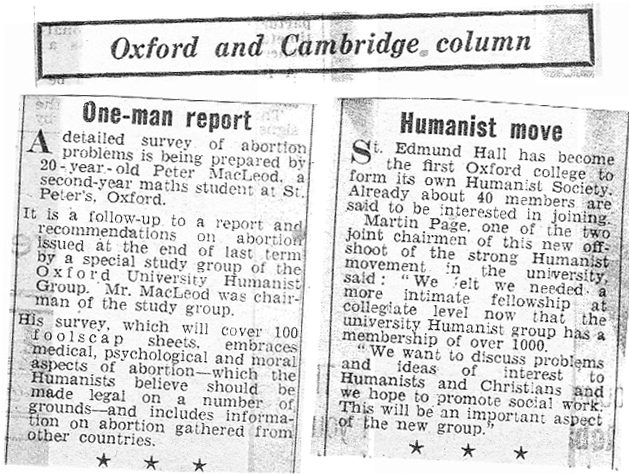 A contrast was drawn between Oxford and Cambridge in an article in Cherwell (11 March 1964): 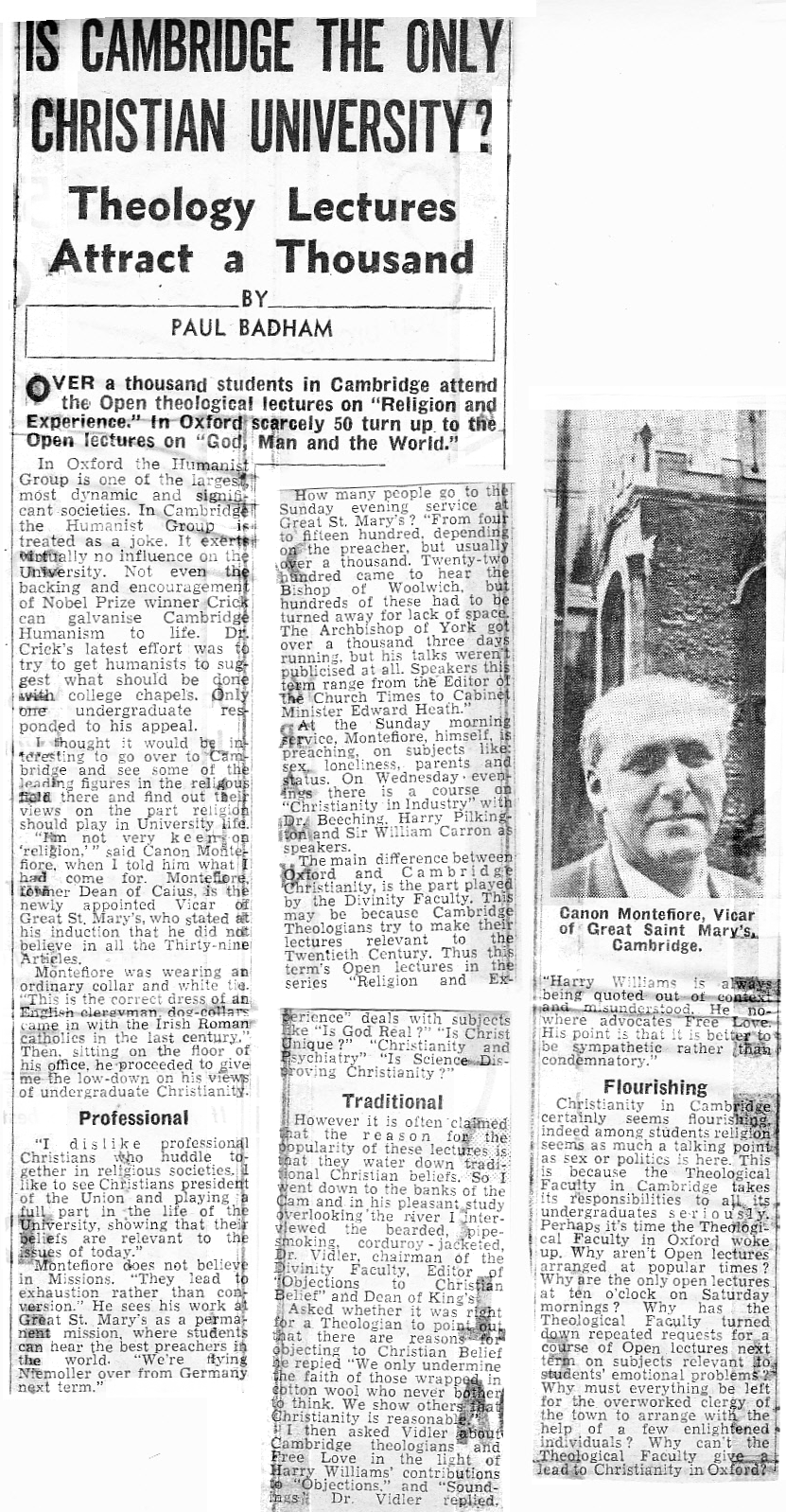 Cherwell (5 February 1964) had a fleeting mention of OUHG: 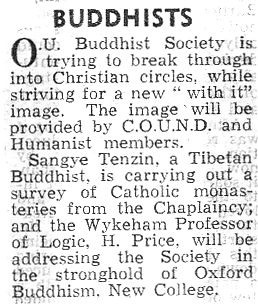 and ex-president David Pollock had a letter in the Daily Herald (7 February 1964): 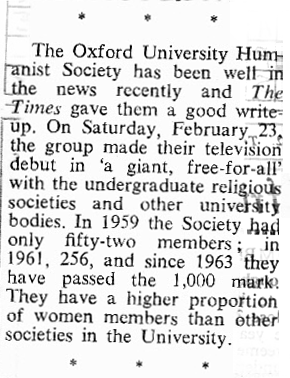 as did the Ethical Union’s Humanist News (April 1964):

The university satirical magazine Oxford Circus (1 March 1964) had an off-target item on the Humanists: 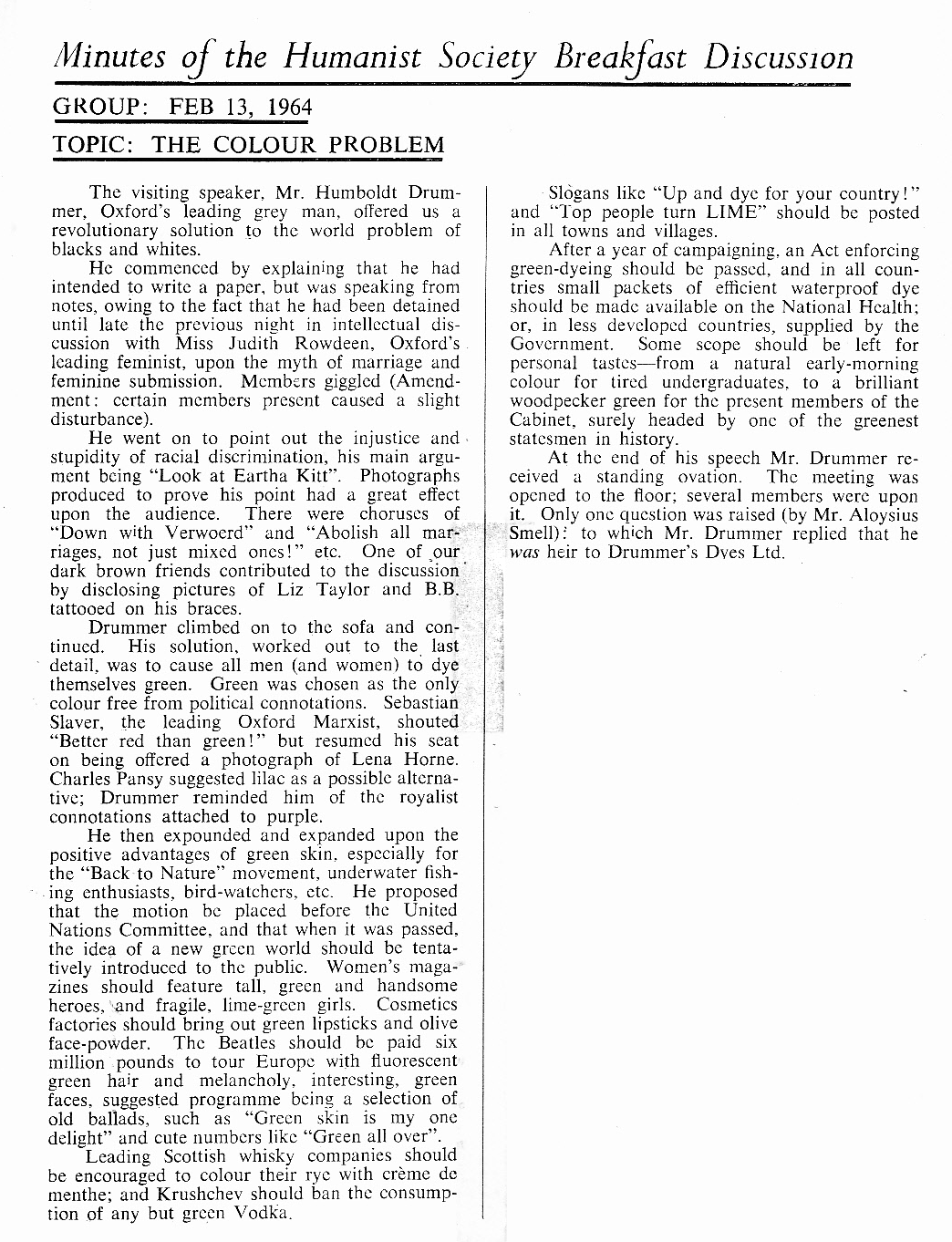