During 1963/64 members of OUHG, along with other young humanists, put pressure on the national humanist organisations to reform their structure and public presentation.  The situation from spring 1963 was that the Ethical Union and the Rationalist Press Association were jointly sponsoring an “umbrella organisation” called the British Humanist Association.  It suffered from having no independent existence and needing to reconcile the priorities of its two sponsors.

OUHG ex-president David Pollock had a letter in the RPA magazine The Humanist (December 1963): 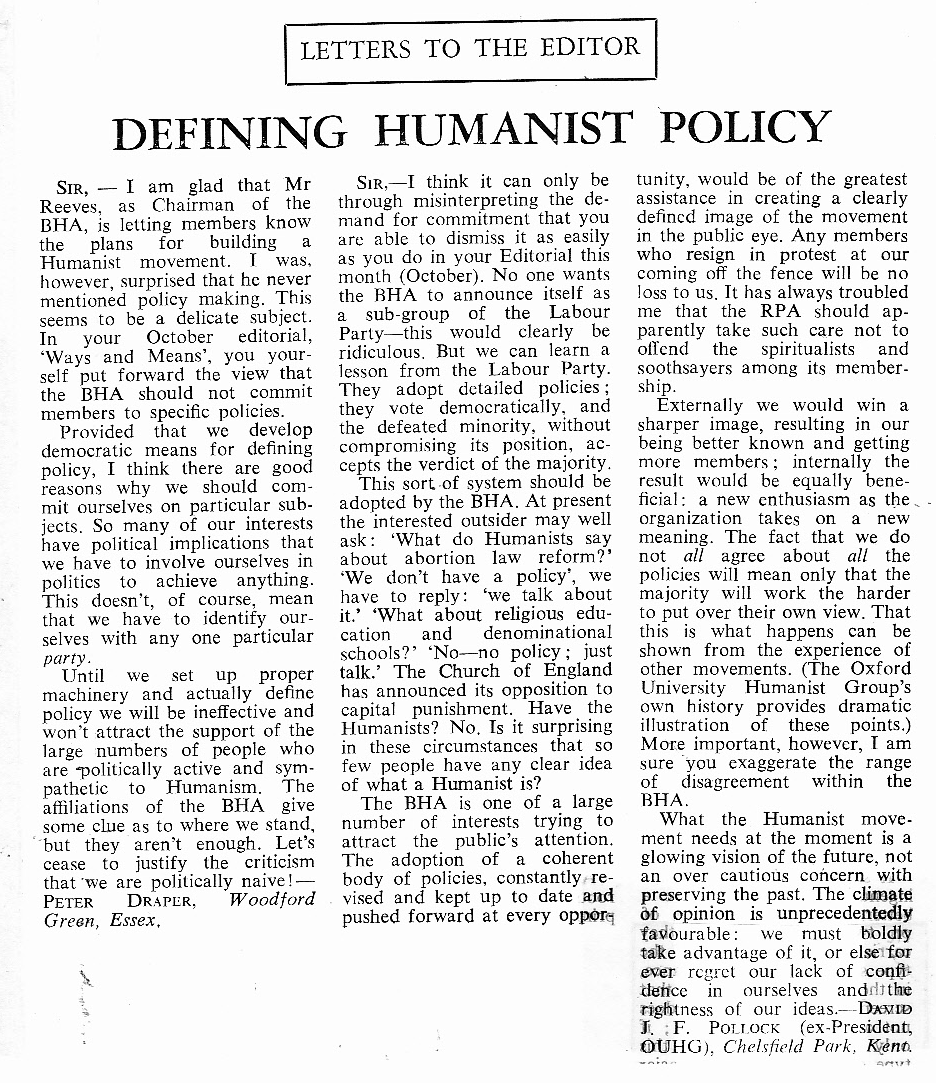 In February 1964, Graham Kingsley from the Cambridge Humanists, had an article in the magazine: 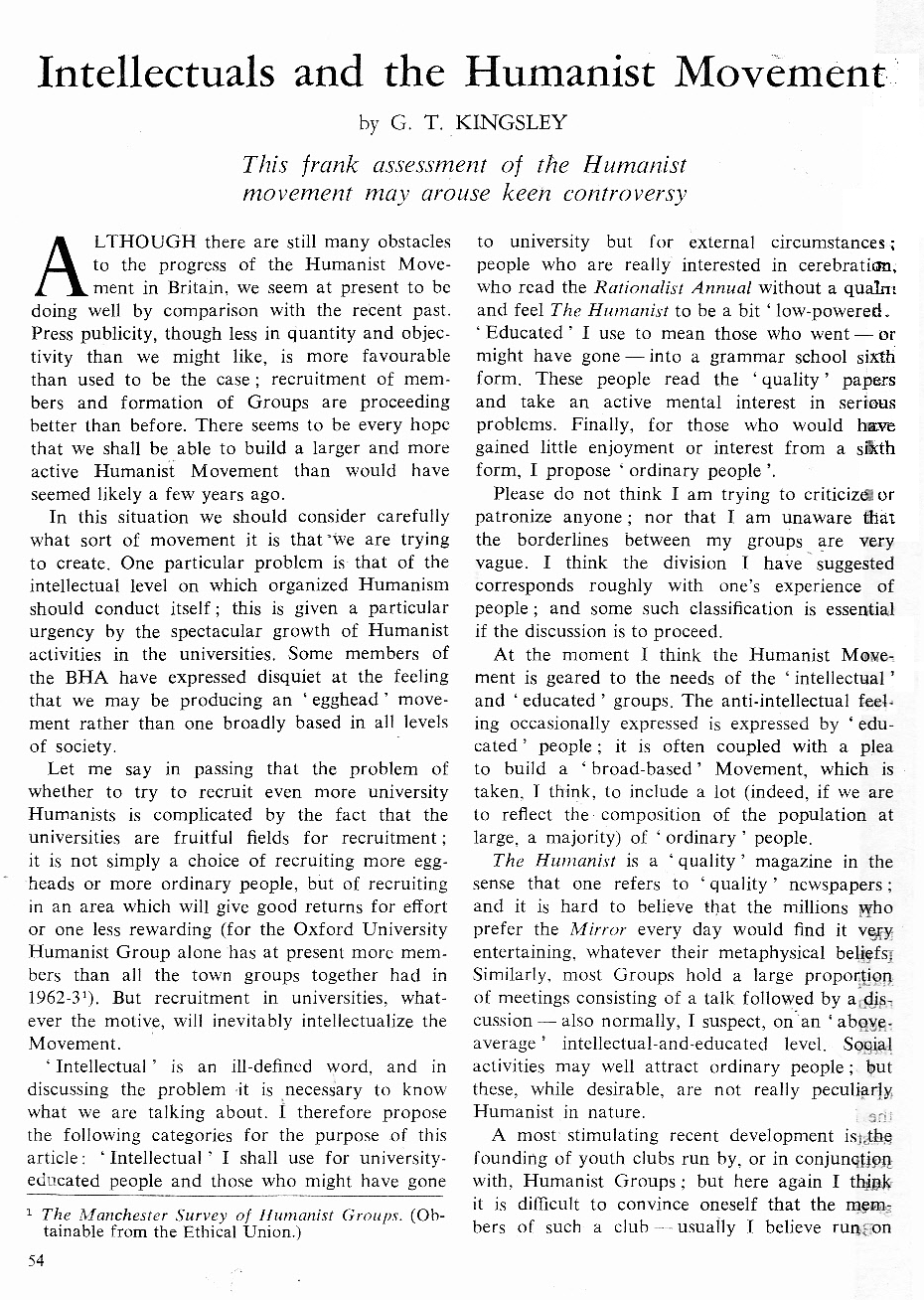 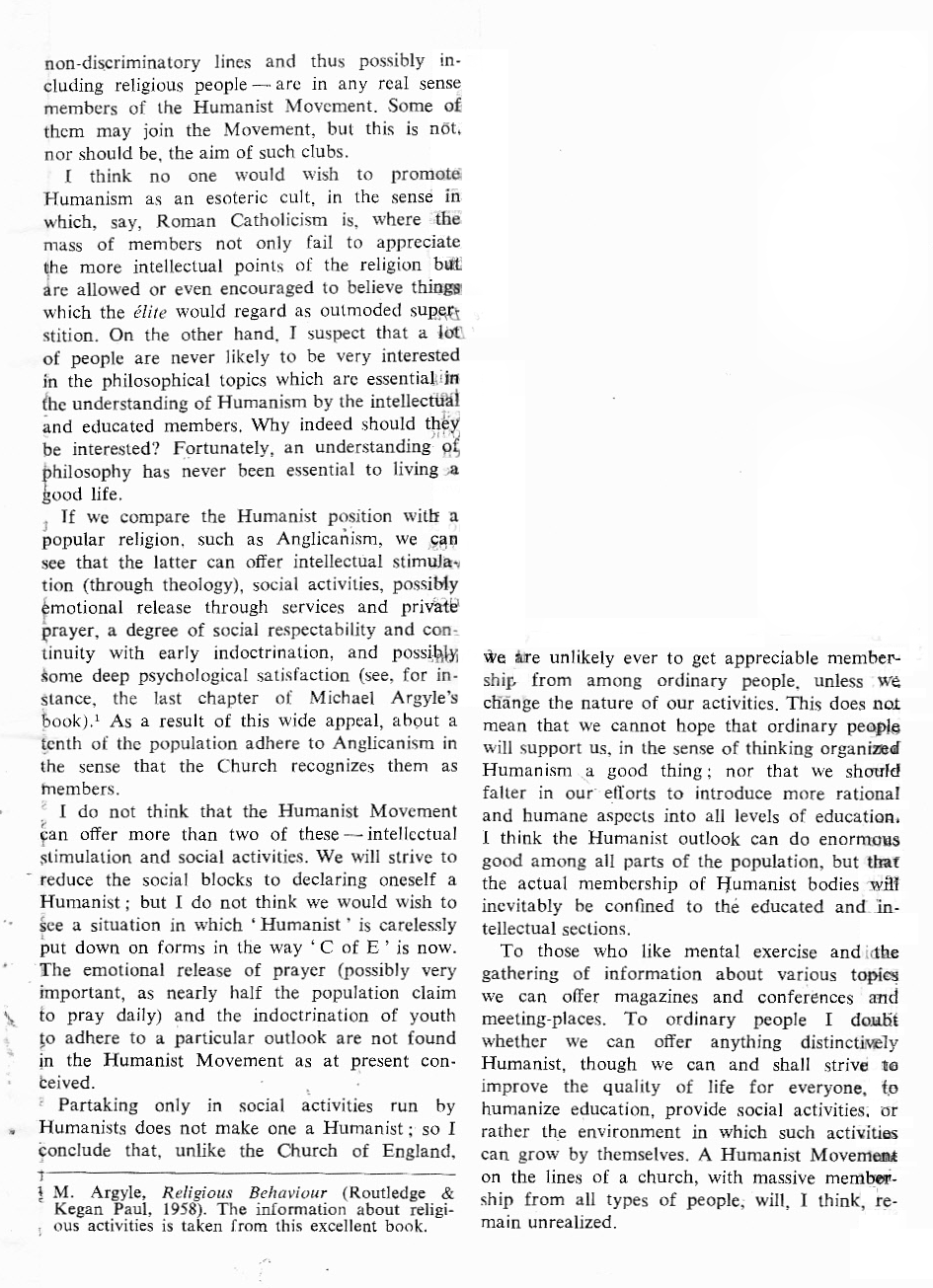 And Wendy Kaplan, OUHG president in Michaelmas 1963, had a letter in the same issue: 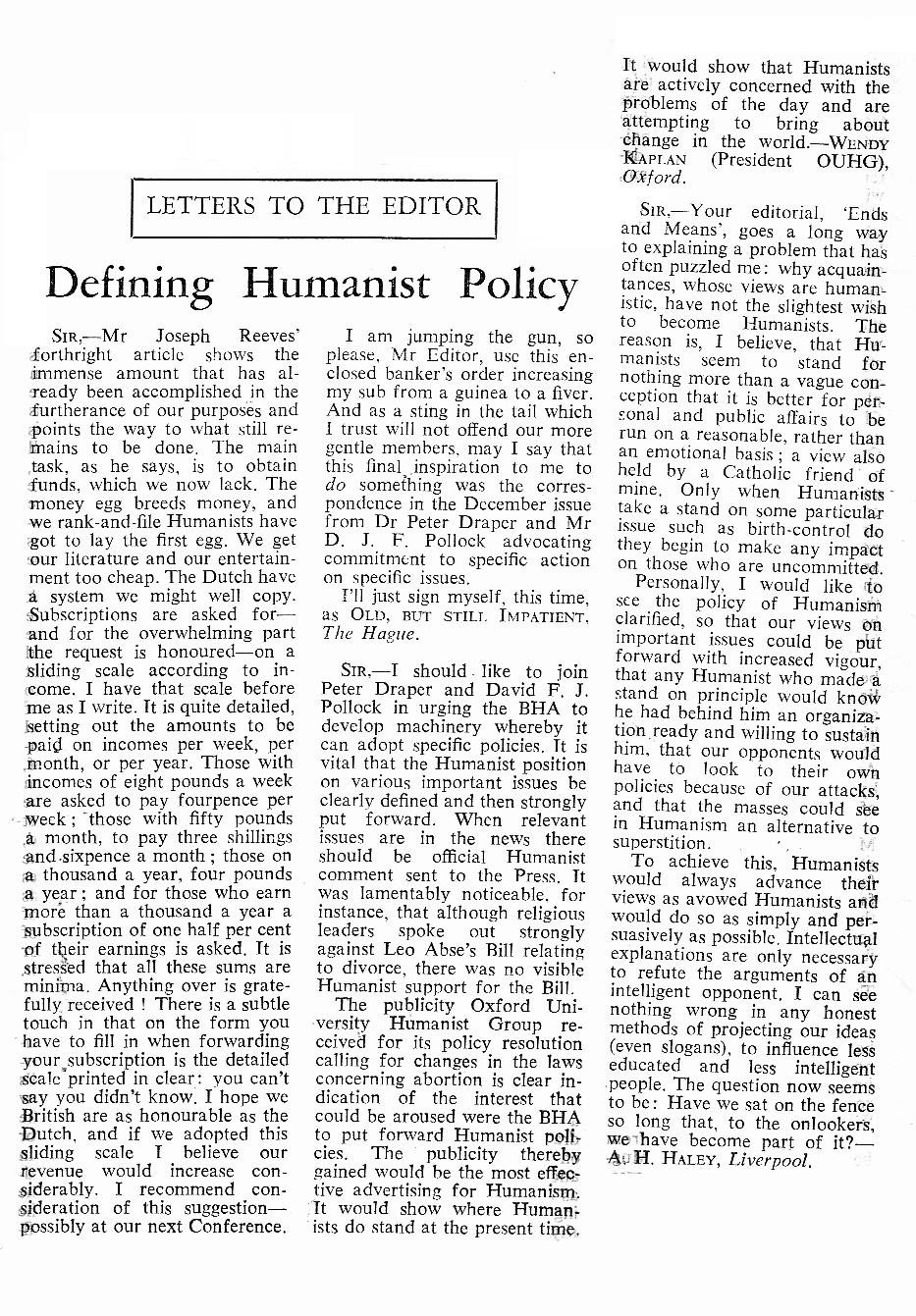 In the April 1964 issue, ex-presidents Leonard Evans and  David Pollock had an article about the failure of the national movement to take advantage of opportunities.  This was a substantially adapted version of their original draft, about which editor Hector Hawton had substantial reservations. 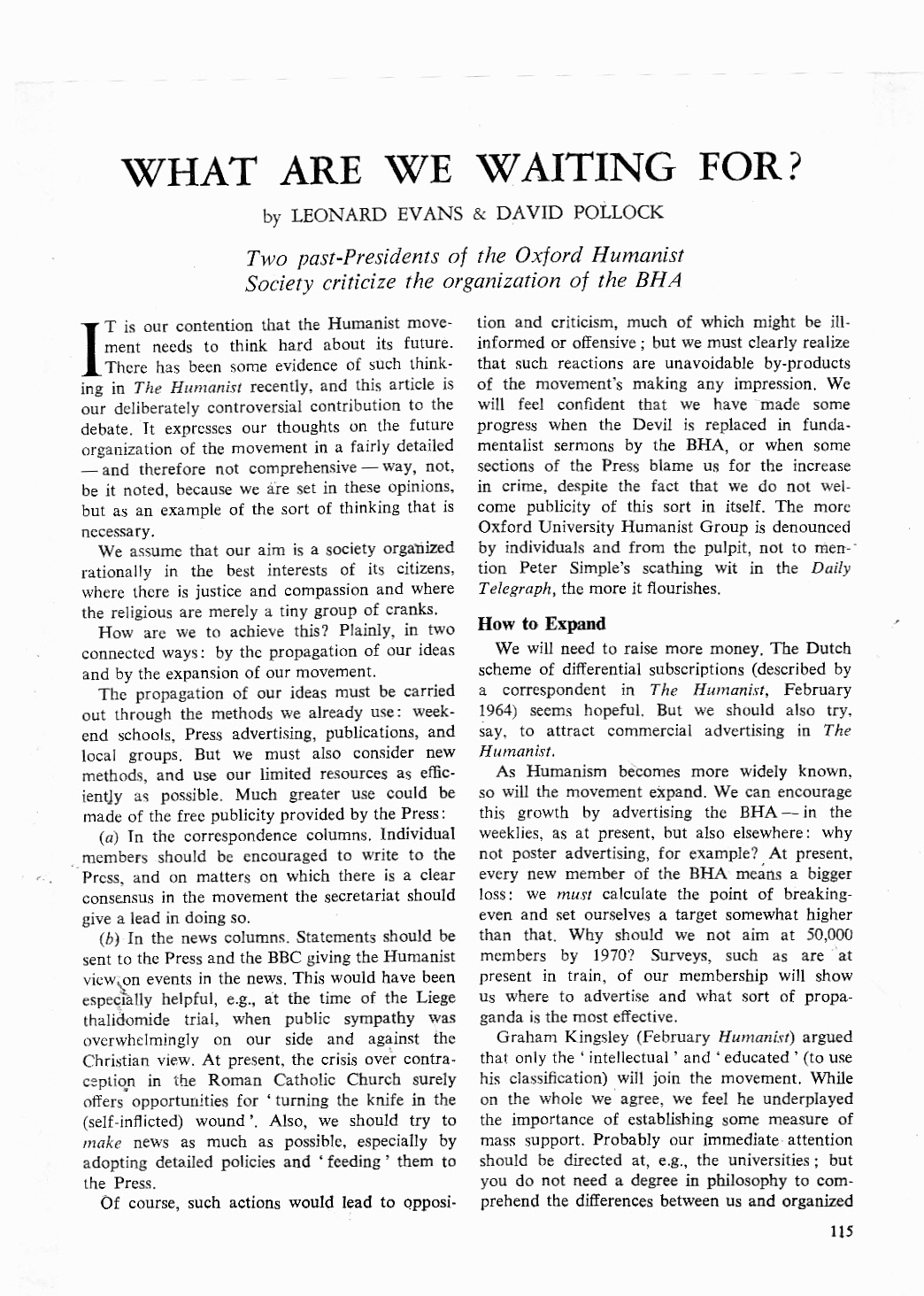 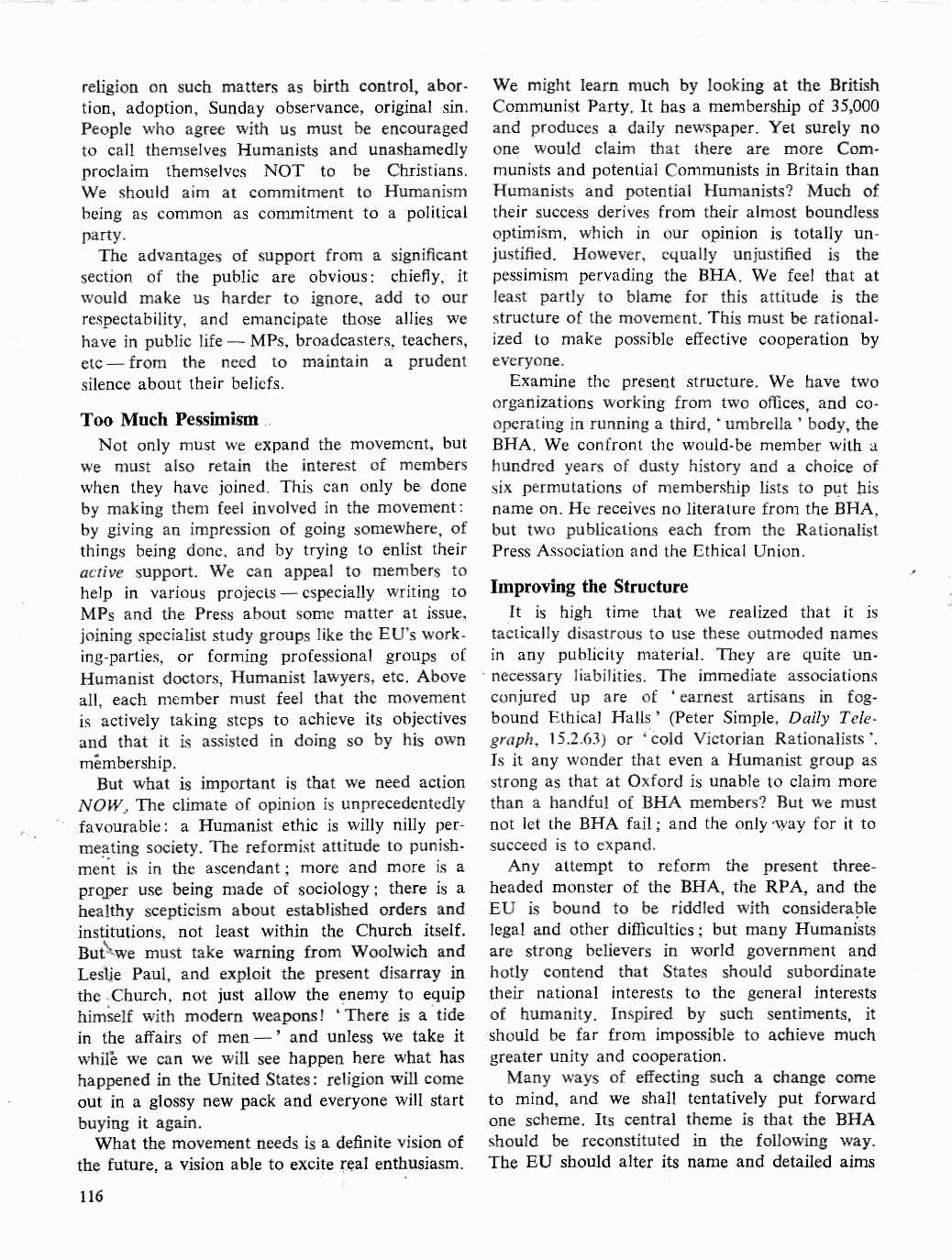 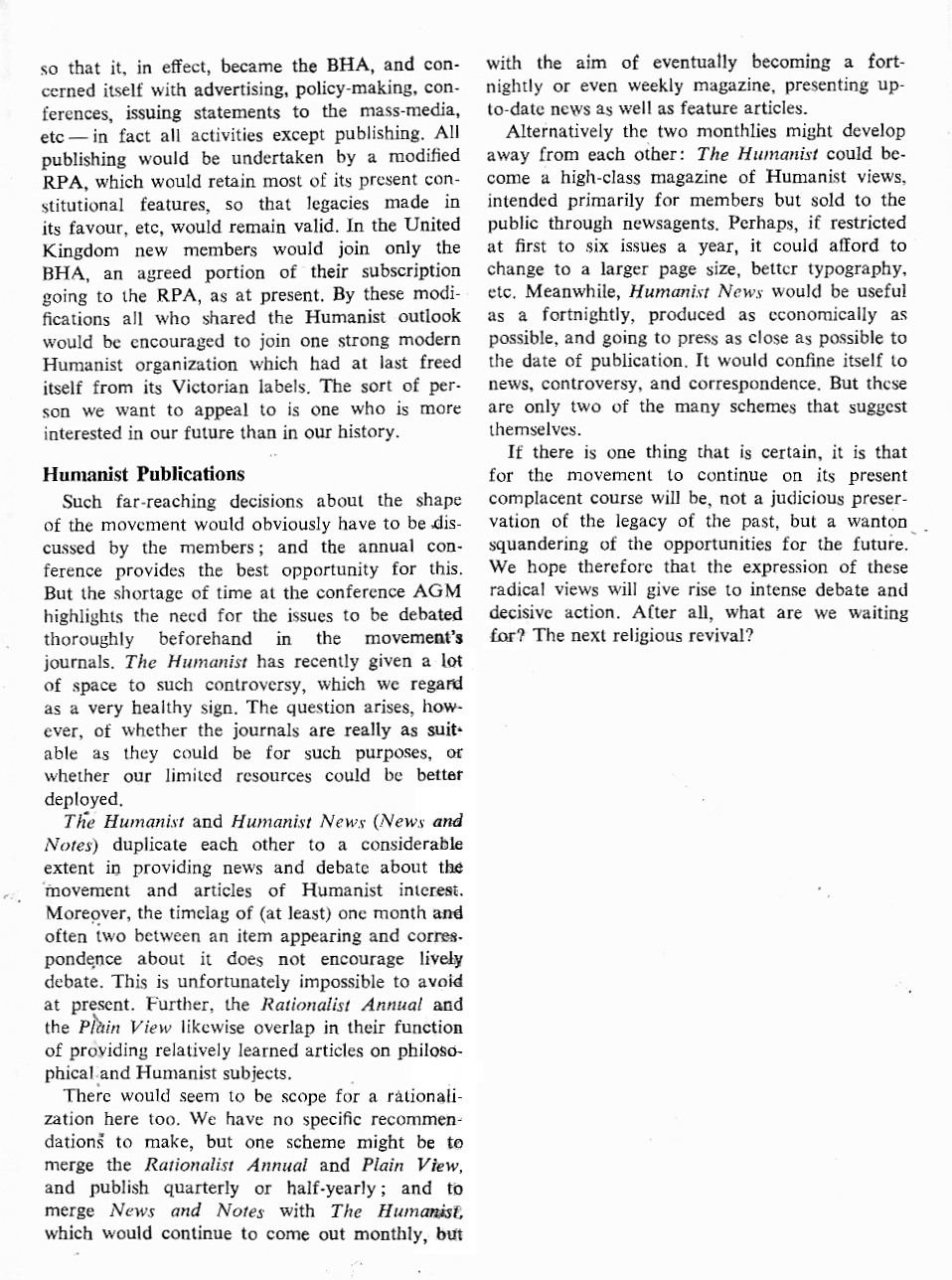 And the same issue carried further letters on the questoin of framing humanist policy: 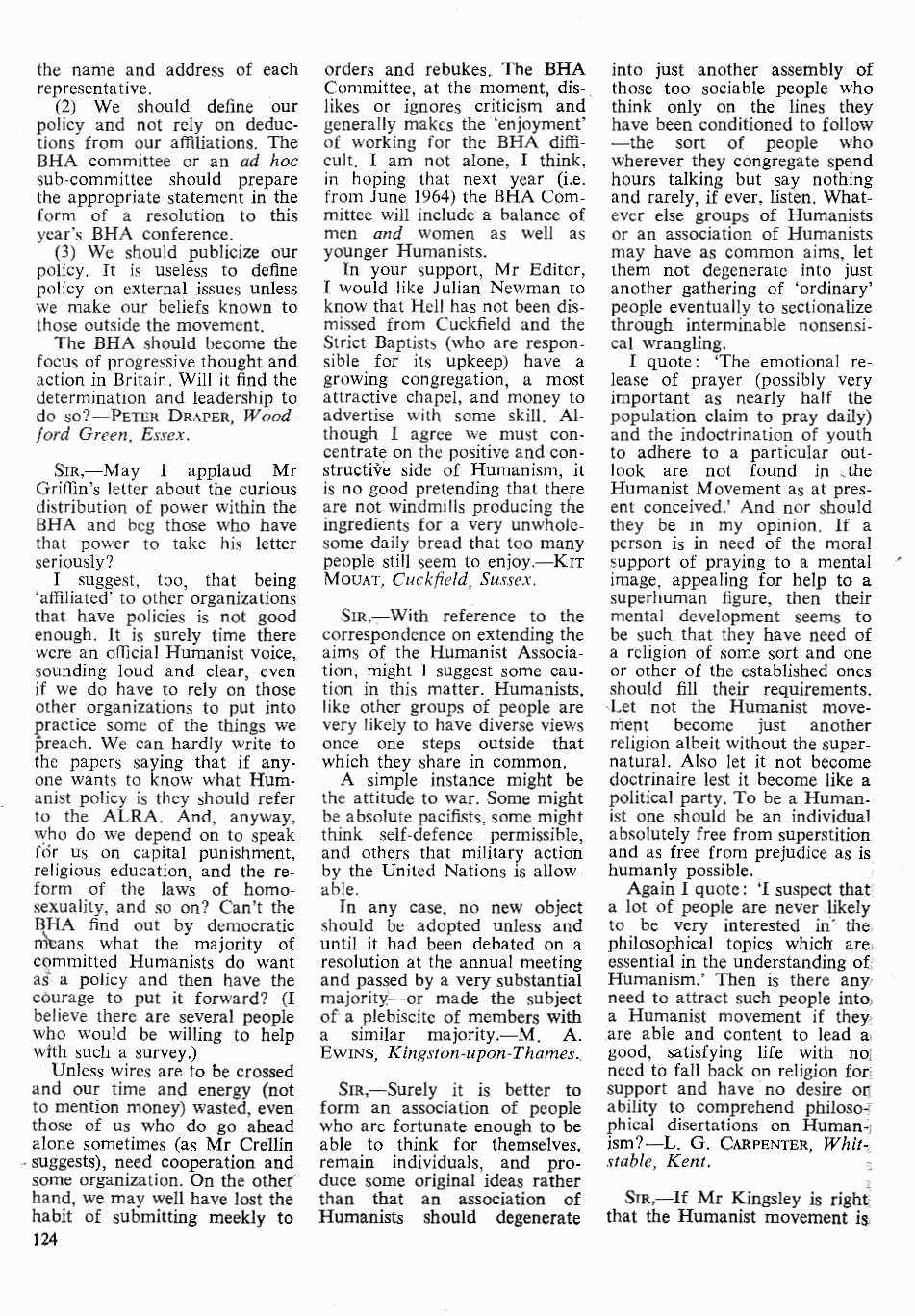 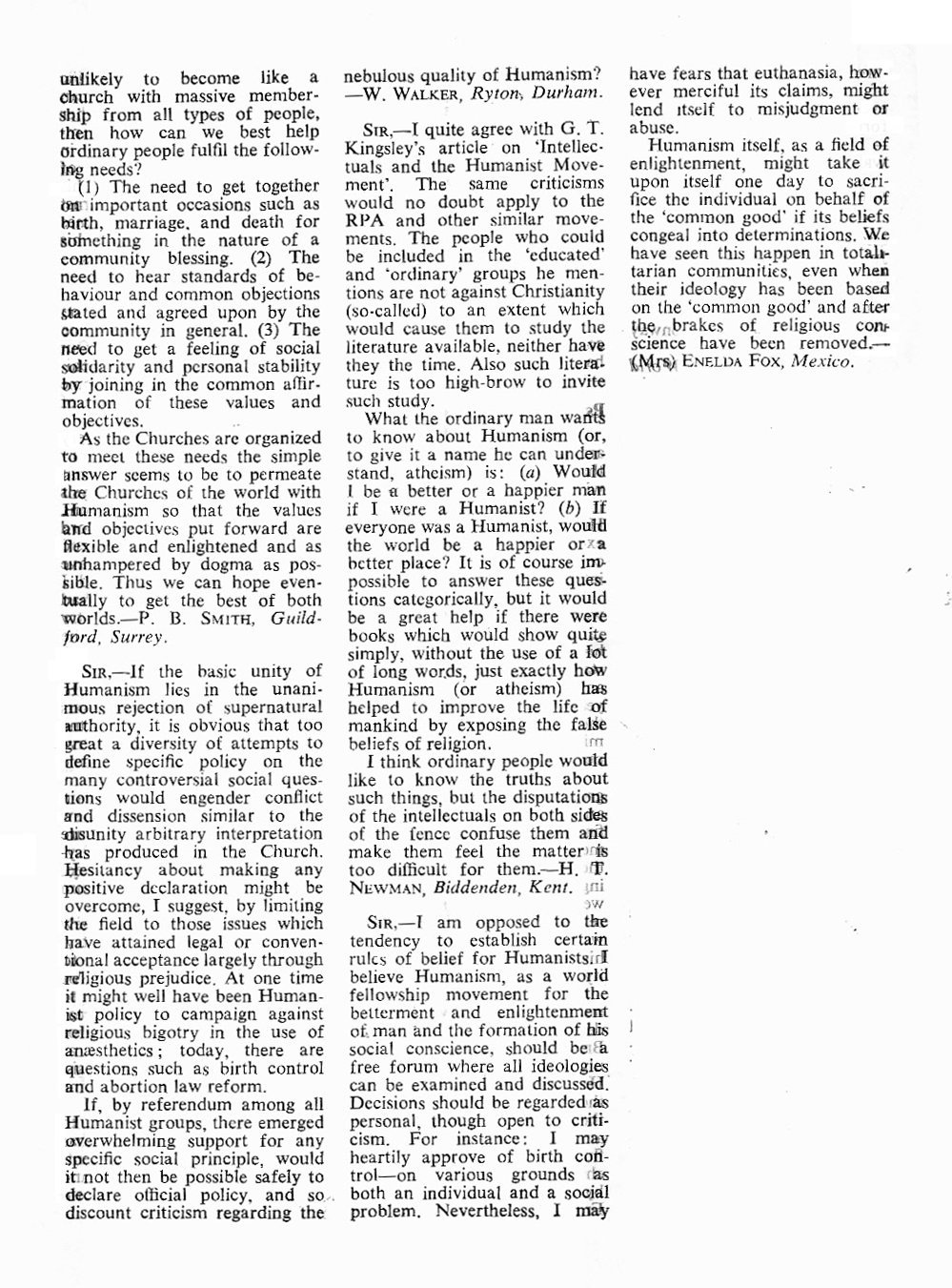 In May 1964 a small correction was included: 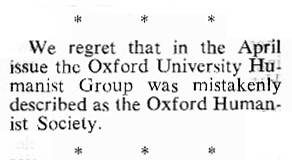 along with further letters, one from Julian Newman, a former OUHG committee member, another again from ex-president Wendy Kaplan: 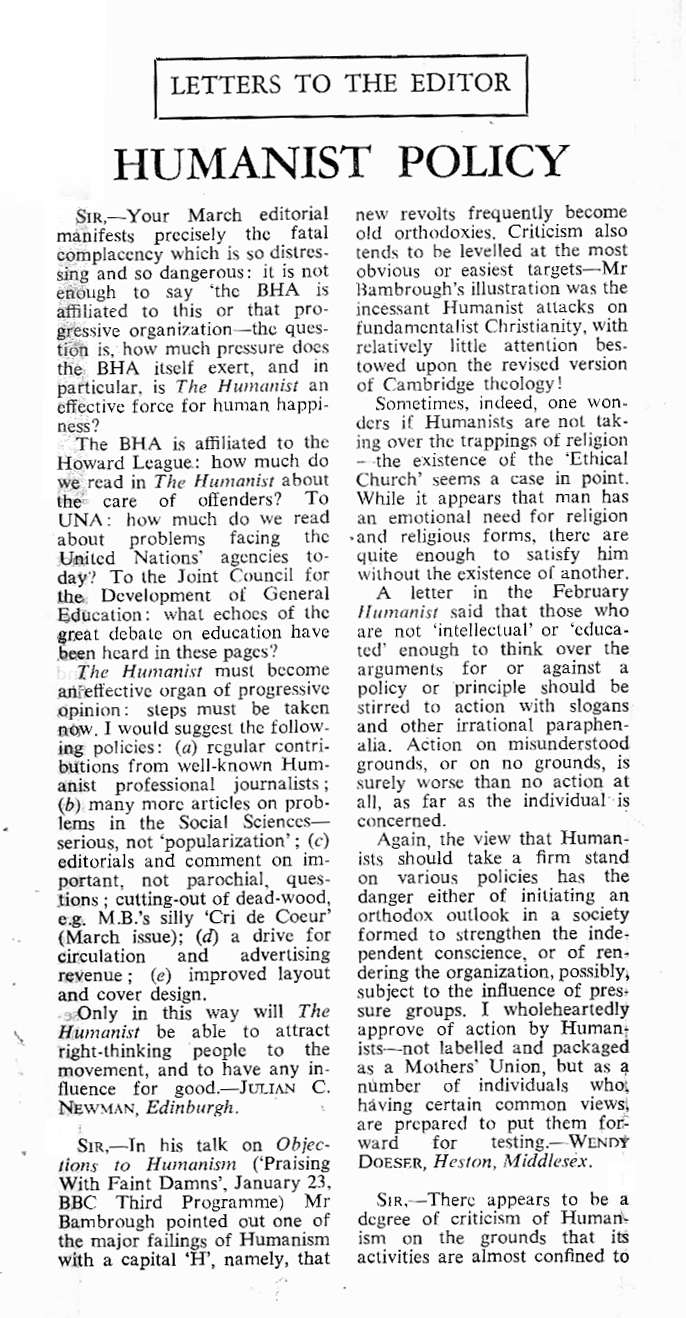 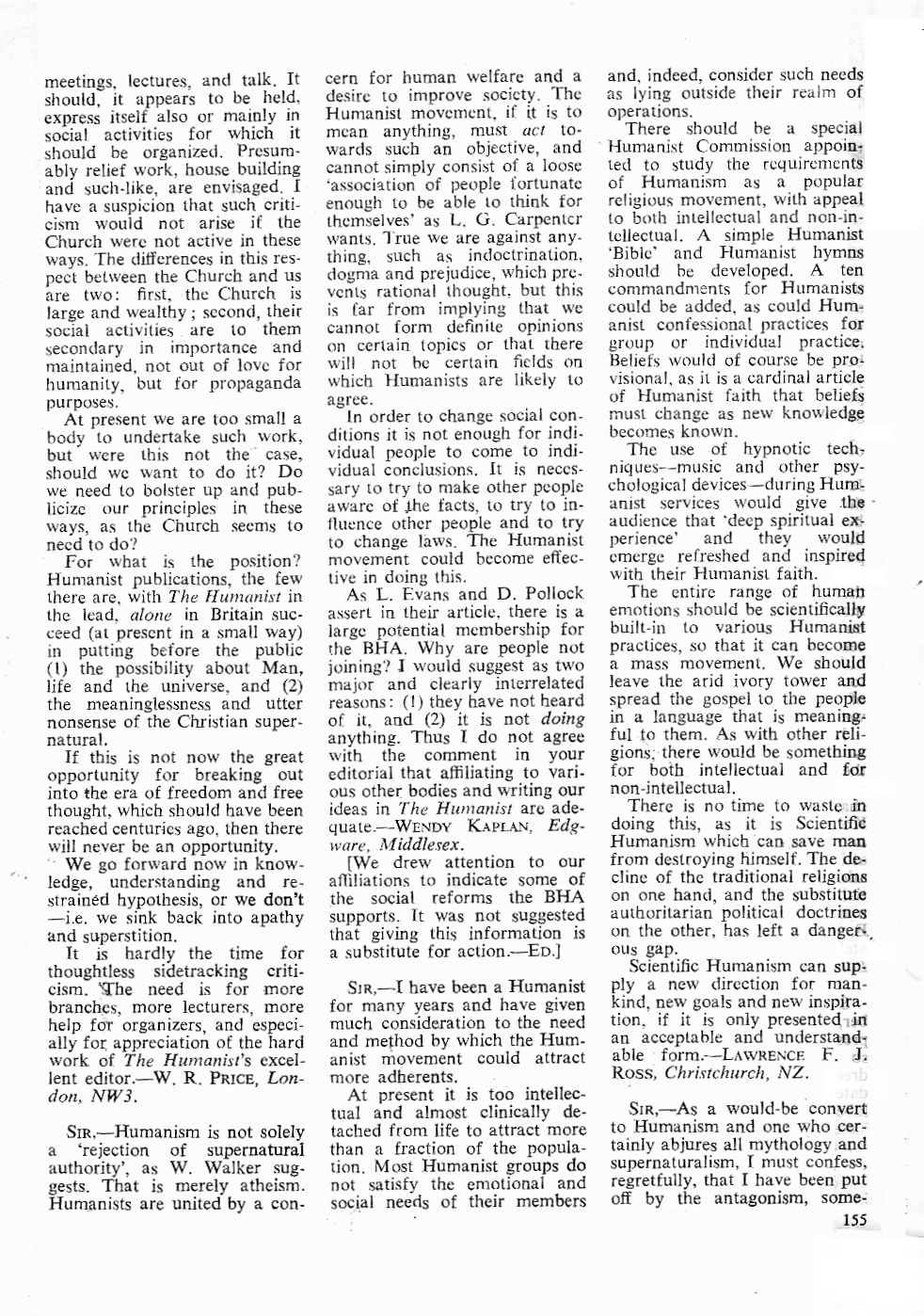 The heading for the correspondence changed in June 1964, with Julian Newman back in print: 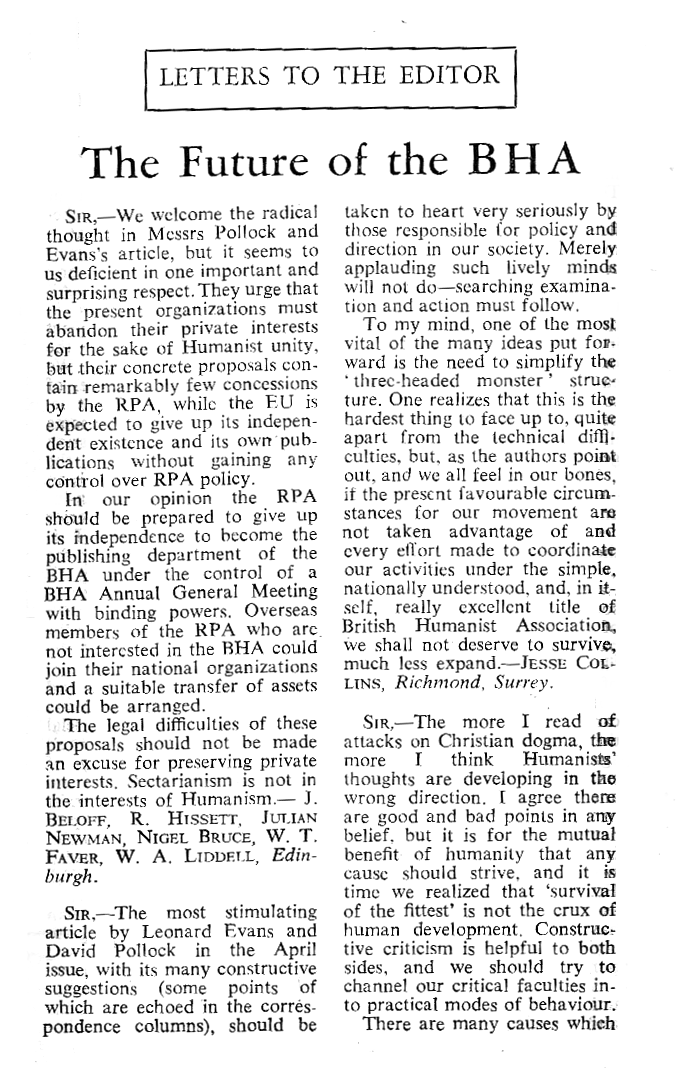 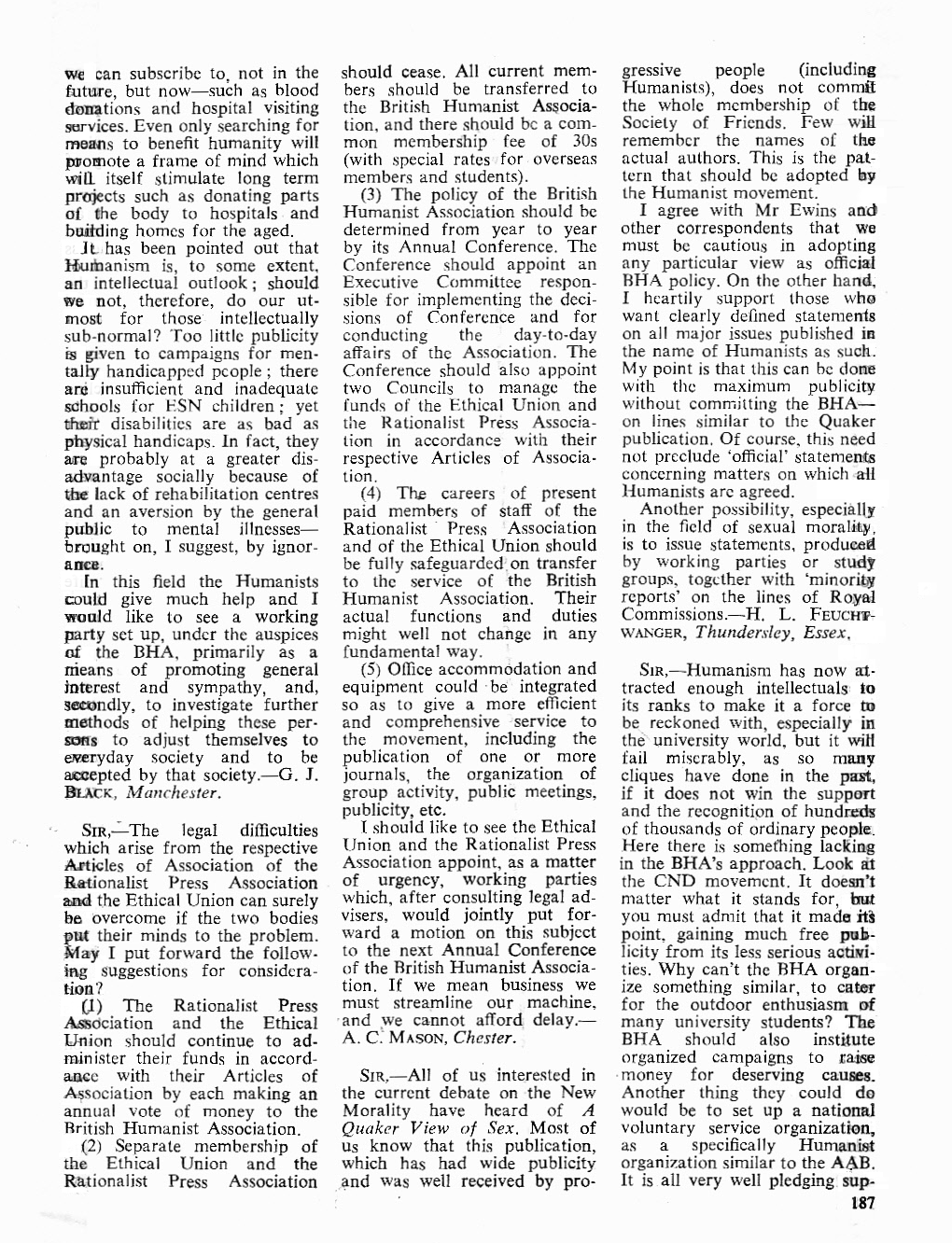 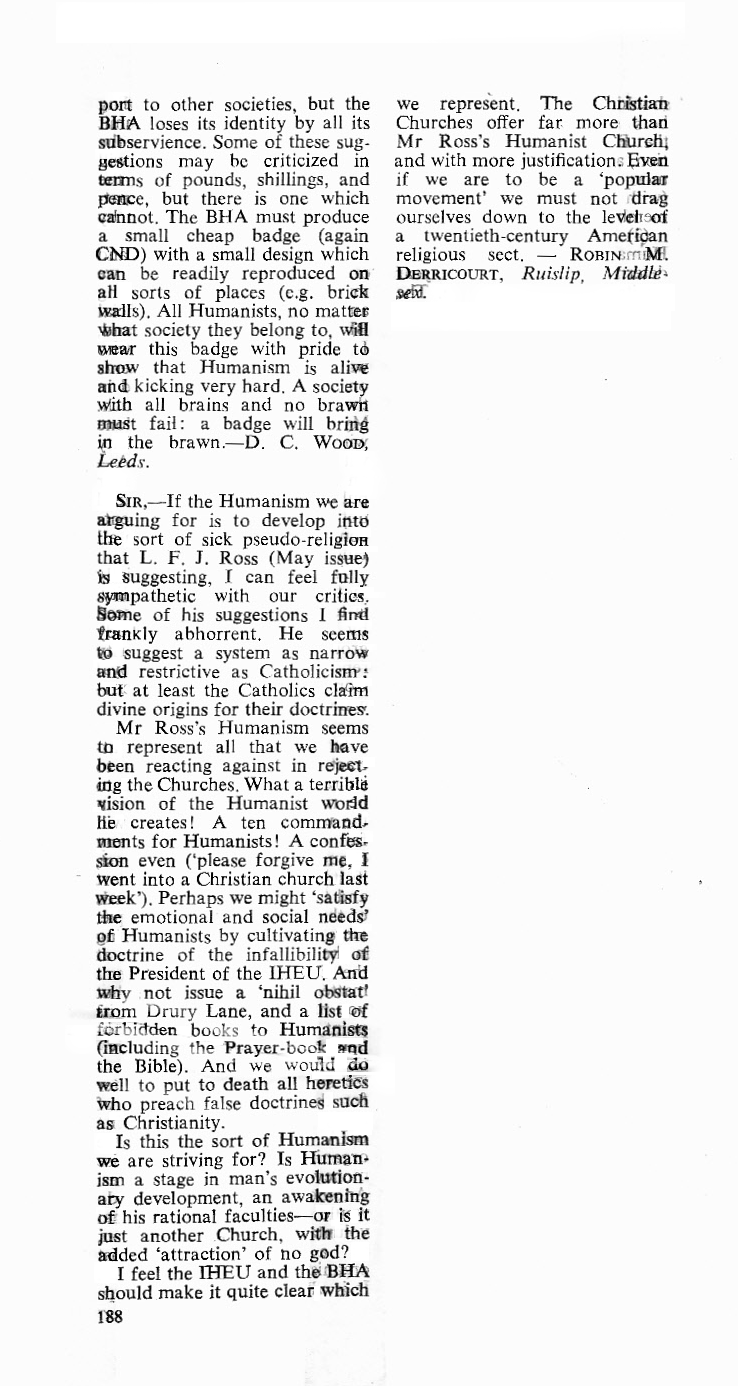 And there was a final batch of correspondence in July 1964, with a letter frfom ex-president David Pollock and ending with a letter from Graham Kingsley as now the chairman of the Ethical Union: 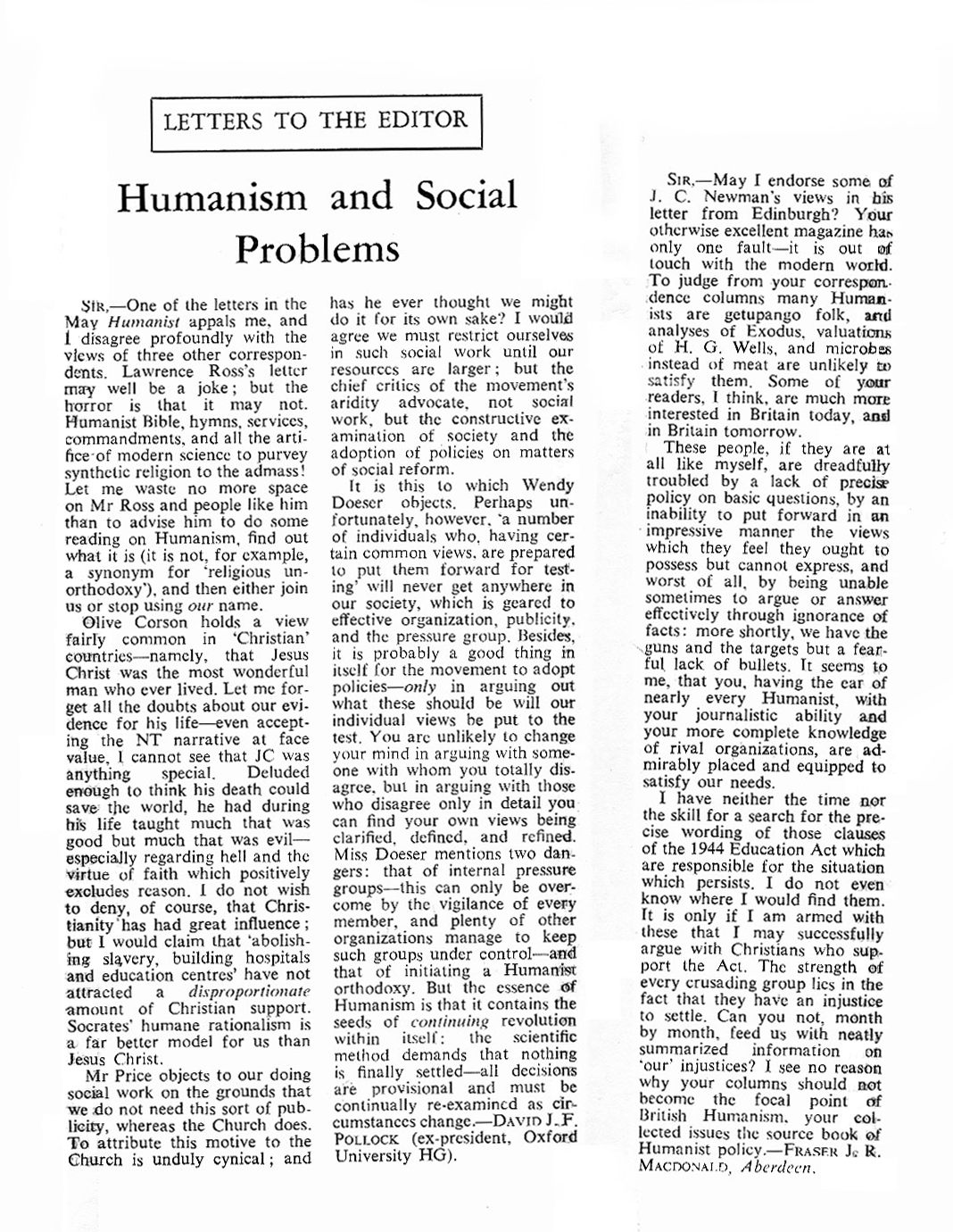 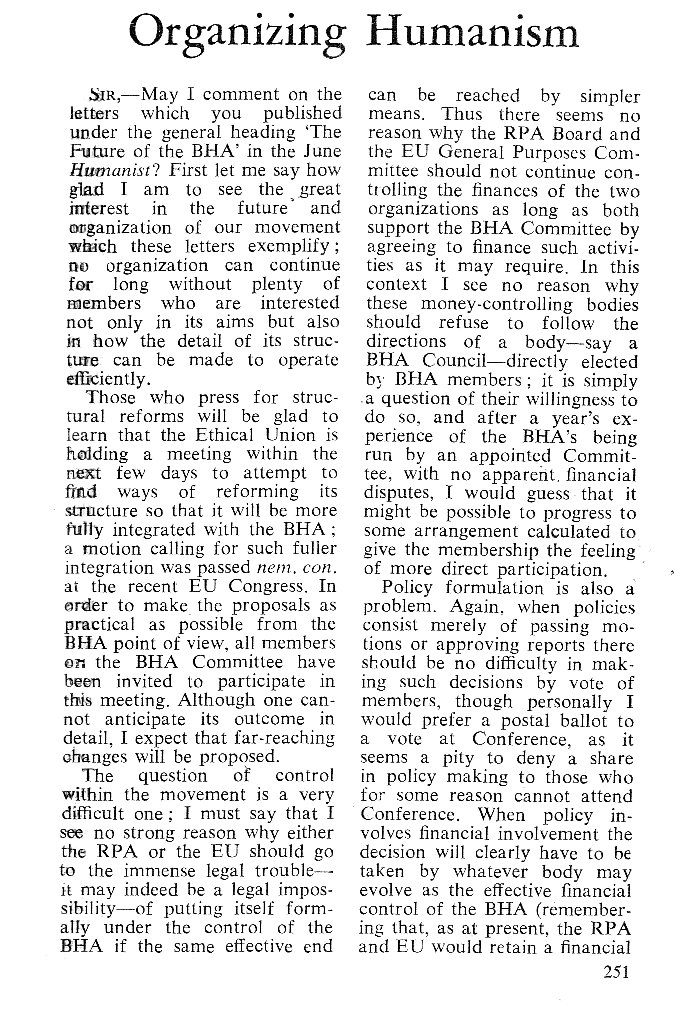 This whole fervour of reform was driven very largely from Oxford.