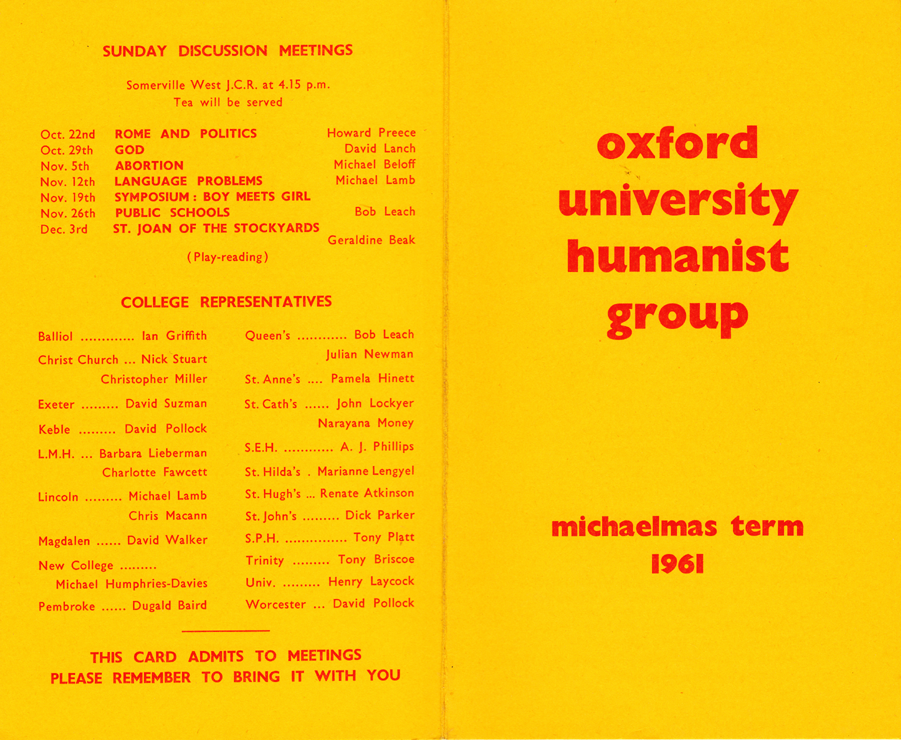 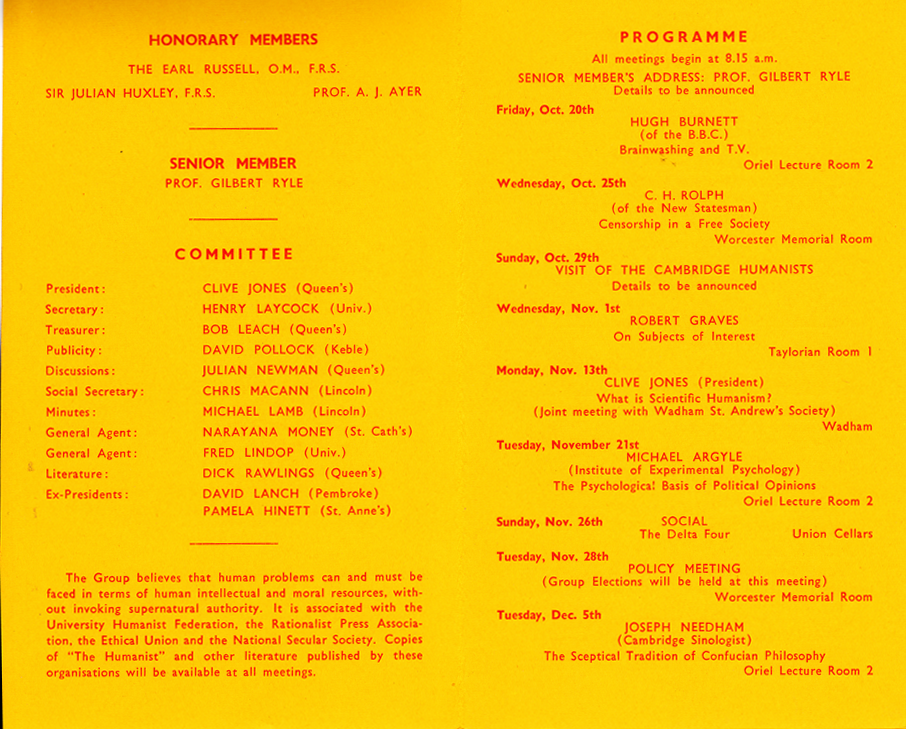 David Pollock was the Publicity officer and produced hand-drawn posters for most of the meetings, economising on the cost of printing.  In a report for Cherwell of the address by Robert Graves, he wrote:

Travel Club missed their chance last Wednesday: Professor Robert Graves was speaking to the Humanist Group instead about his journey to Paradise.  He started under the sea, rose into a high vaulted tunnel, leading into a sparkling treasure chamber that “the Crown Jewels would have looked feeble beside”.  “Is there no human beauty in Paradise?” the speaker asked himself and immediately there appeared a line of living naked Caryatids supporting the roof on their heads.

The Professor was talking about the effects of a drug – mescalin – found in some types of mushroom.  He propounded the theory that all the mythical paradises in the world – Moslem, Polynesian, Greek, Jewish, south American, Christian – were “dicovered” as a result of taking this drug which to this day figures in some south American religious ceremonies.  The Professor himself sampled the drug there in January 1960.

The great danger, he said, was that one’s mind should not be at peace with itself.  This resulted in the appearance of thousands of devils in one’s visions, driving out the strange sensation of complete knowledge.  Seeing the caryatids, therefore, he took fright and waved them away.  He found himself immediately in a Garden of Eden, complete wiht bejewelled trees and a snake that weaved itself among them.  After a four hour journey the Professor’s visions left him – left him hungry, and he went out to the kitchen for some turkey sandwiches.