OUHG advertised its programme of meetings in Cherwell (19 October 1963): 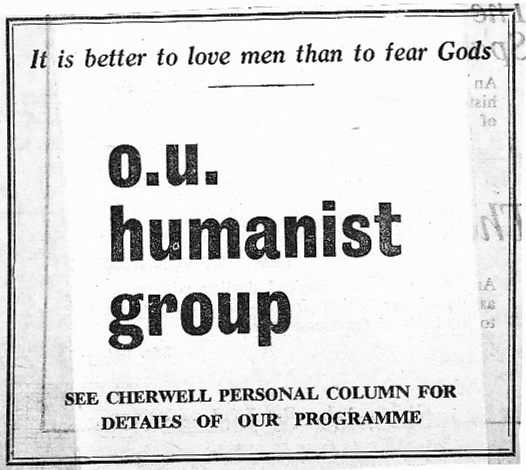 and its report (19 October) of Freshers Fair said that OUHG provided the “real sensation” with 632 cards sold on the day: 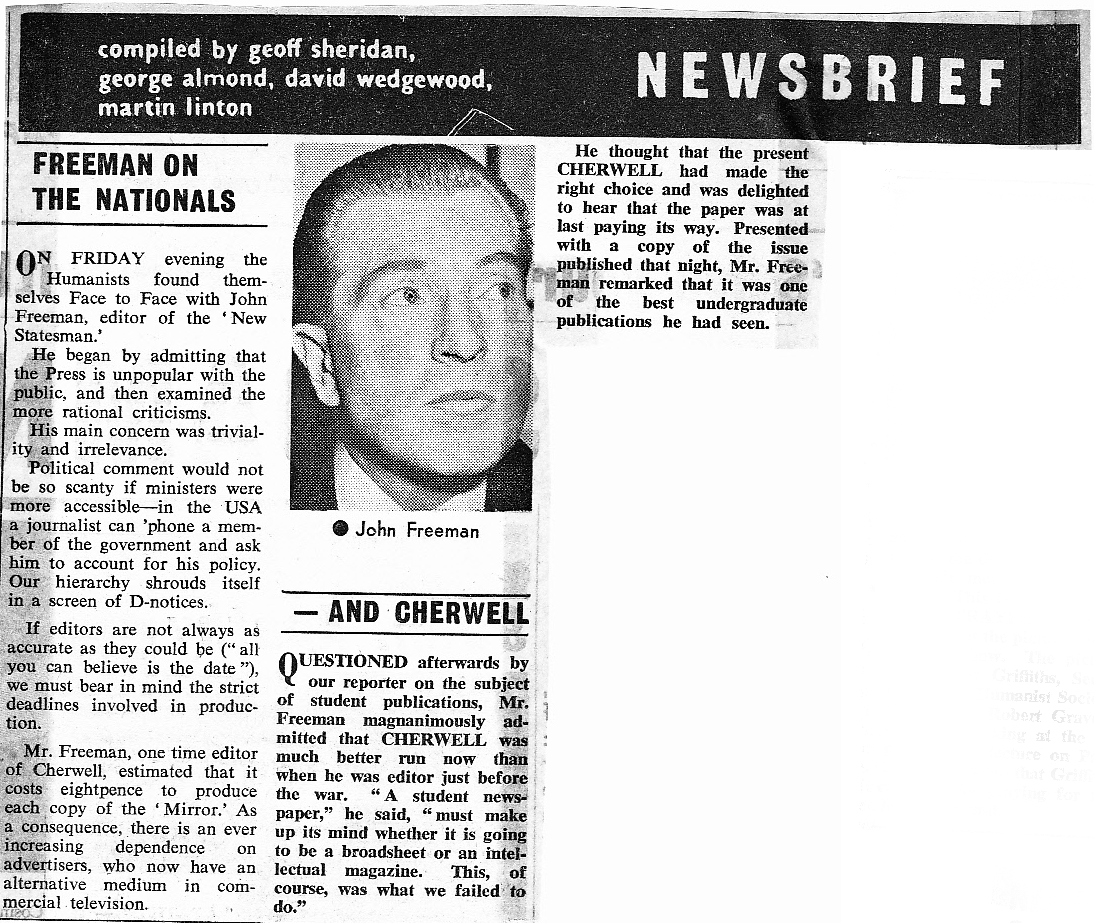 Robert Graves on “The Perils of Post-Classical Science” seems to have been less absorbing (Cherwell, 9 November): 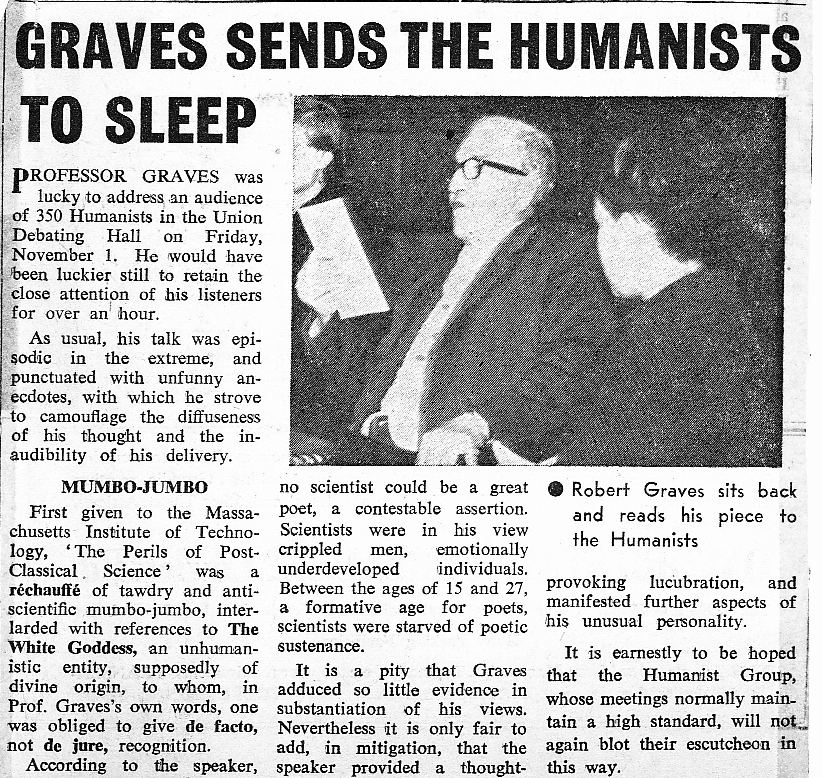 but the Oxford Mail (2 November 1963) also reported the meeting: 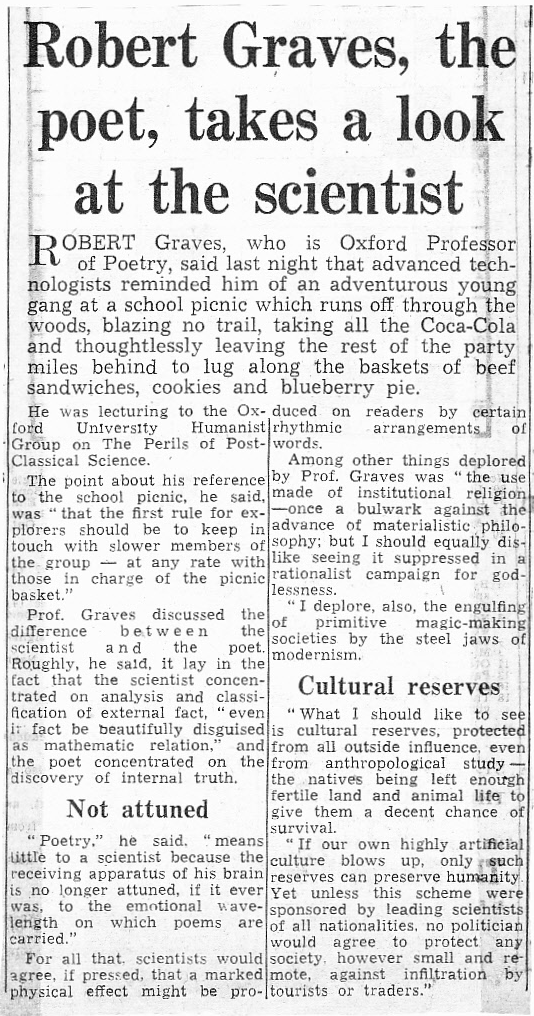