An article in the Sunday Telegraph (3 November 1963) suggested that “the older universities” were no longer “deeply rooted in religion” but saw the embrace of humanism “not so much as a protest but as the pathetic appeal for a new faith”: 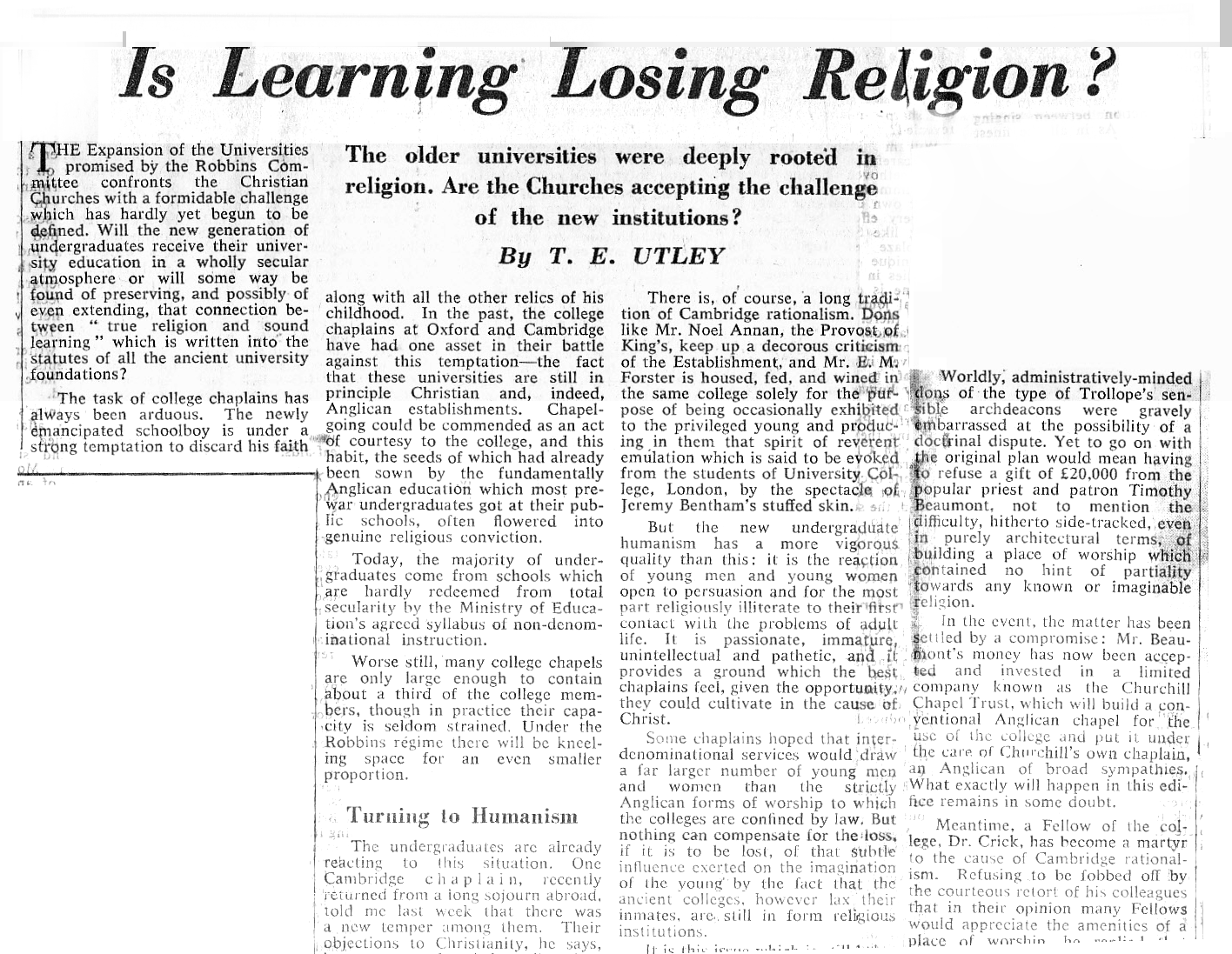 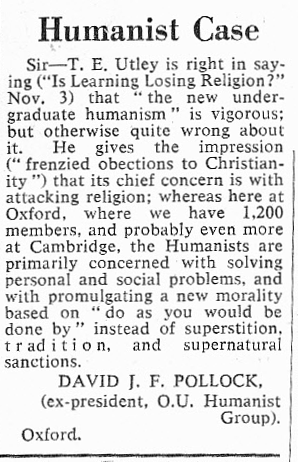 When the Venerable C J Stranks from Durham  replied (17 November 1963): 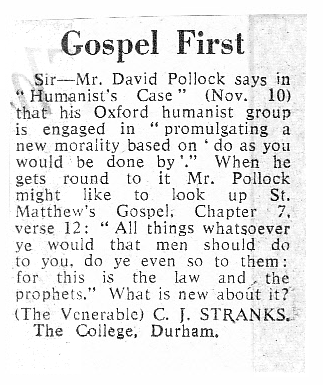 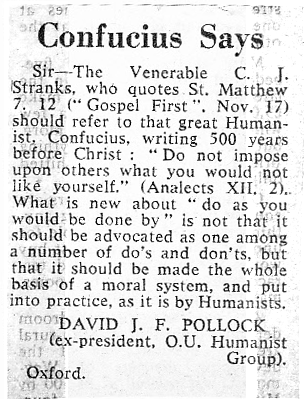 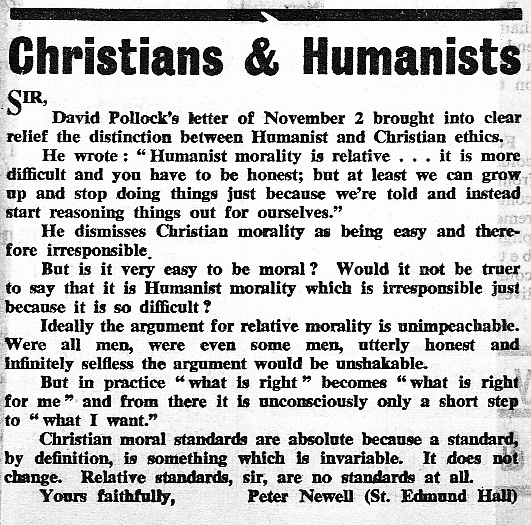 The OUHG was written off as “a trivial and irrelevant expenditure of cerebral energy” by the founders of an invitation-only philosophy-cum-anarchy club, the short-lived Bertrand Russell Club (Cherwell, 26 October 1963): 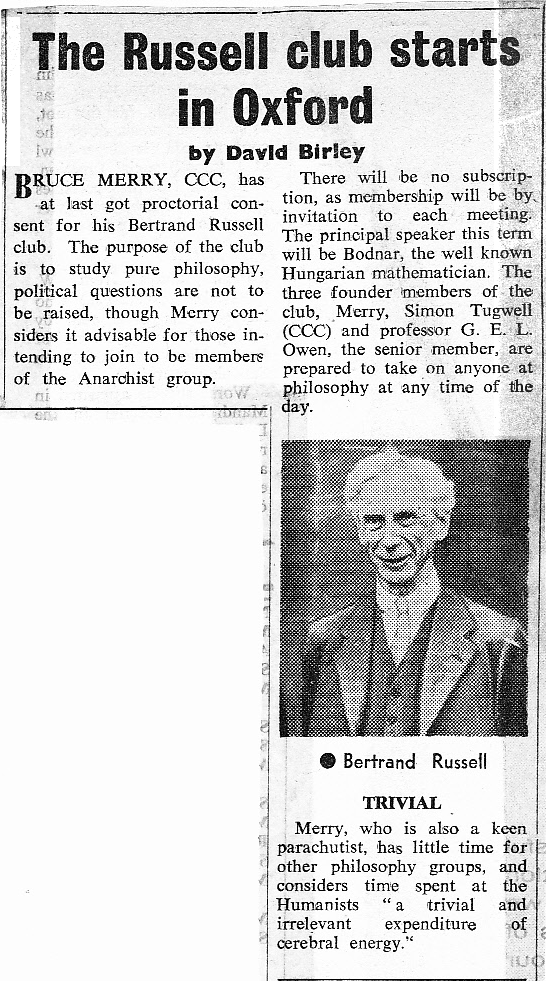 The Daily Telegraph‘s Peter Simple column continued its attention to “Stretchford University” and its humanists (4 December 1963): 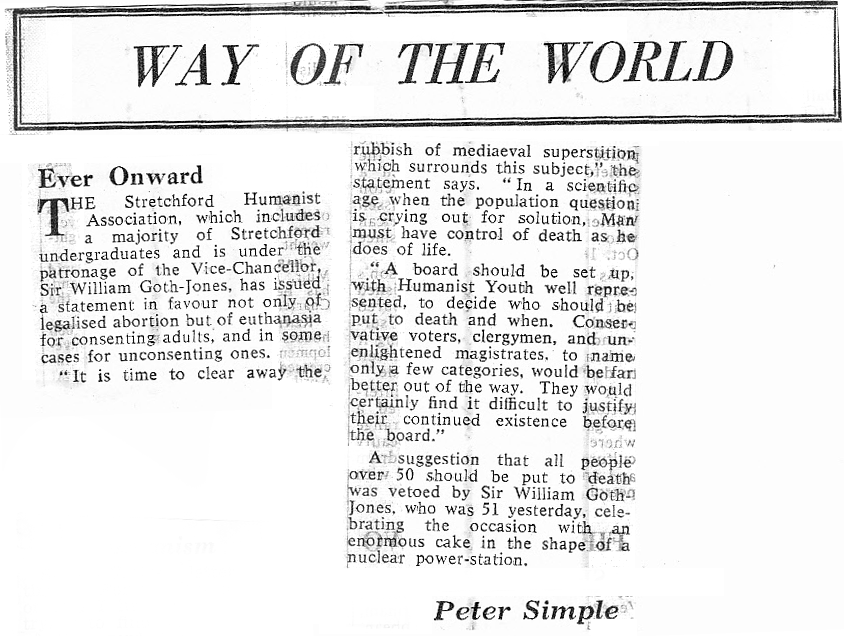 Meanwhile, OUHG’s founder Tony Brierley had started work at the Ethical Union and was acting as father figure to his other creation, the University Humanist Federation, as seen in The Humanist (September 1963):