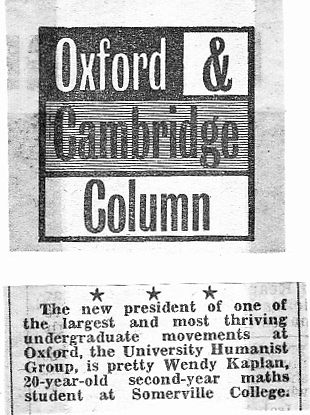 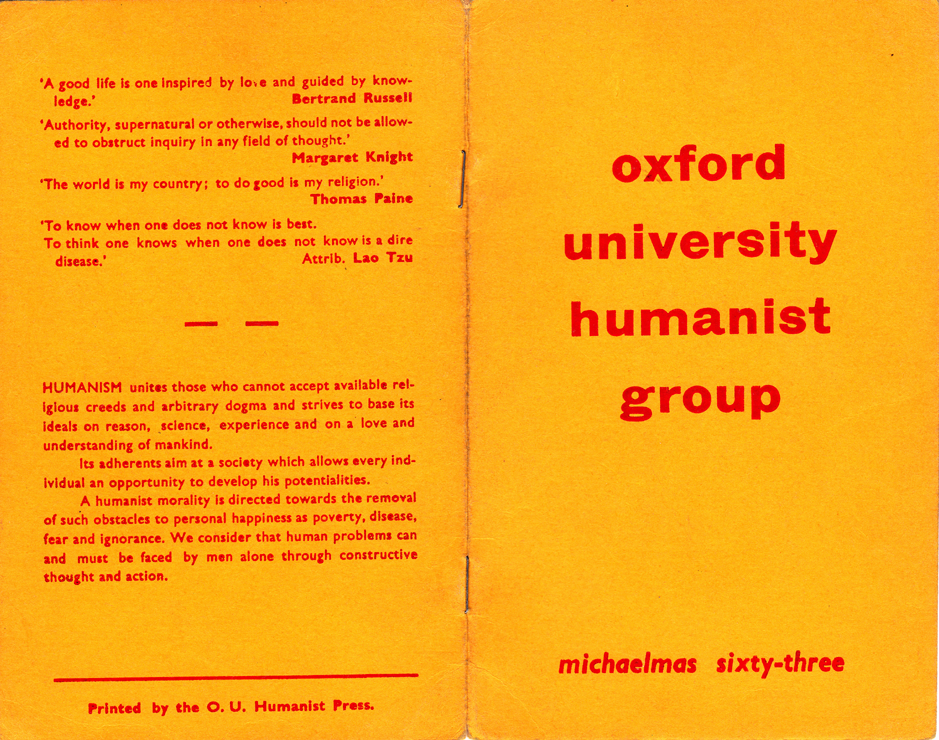 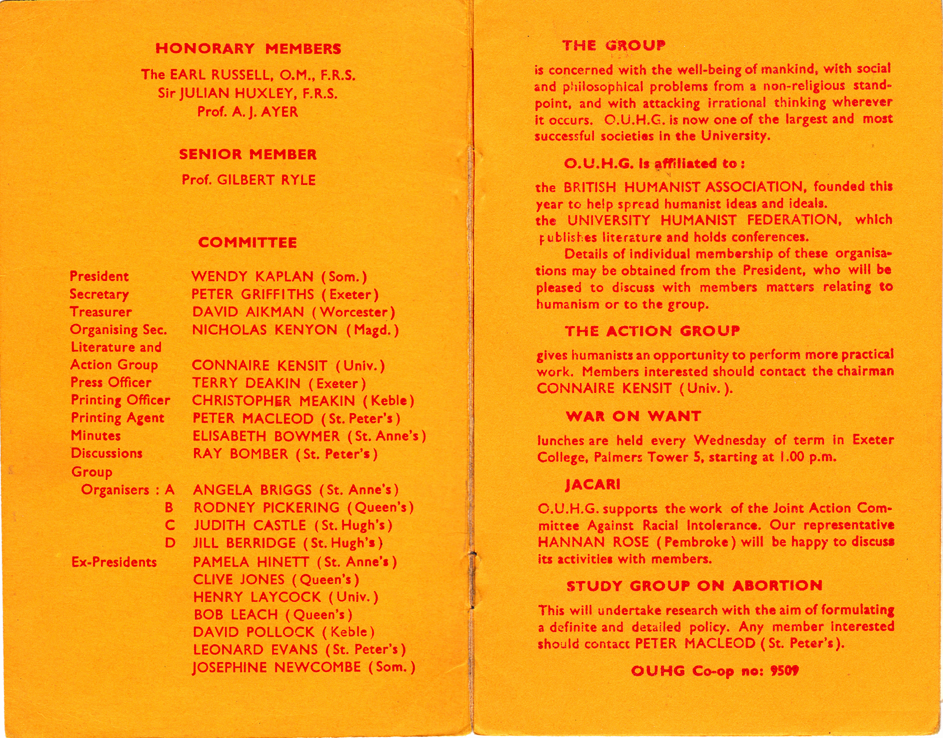 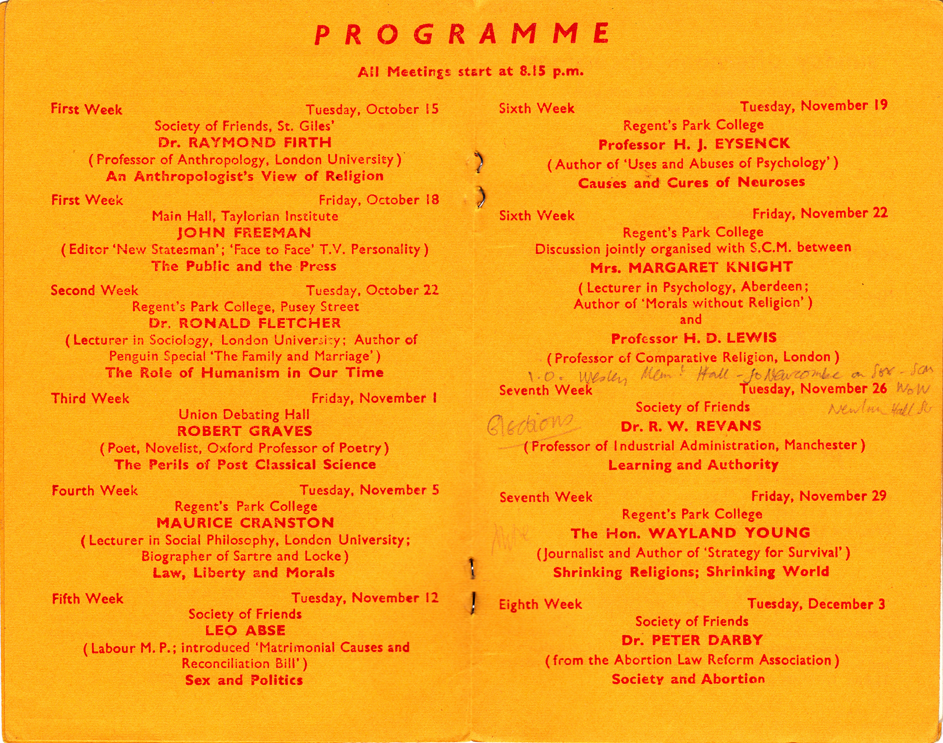 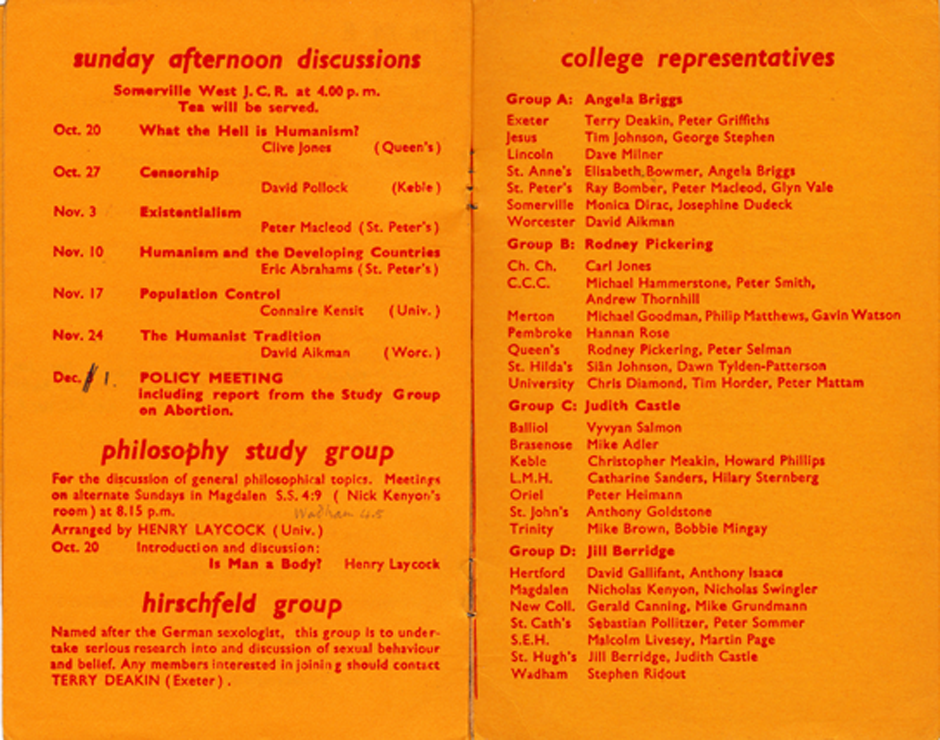 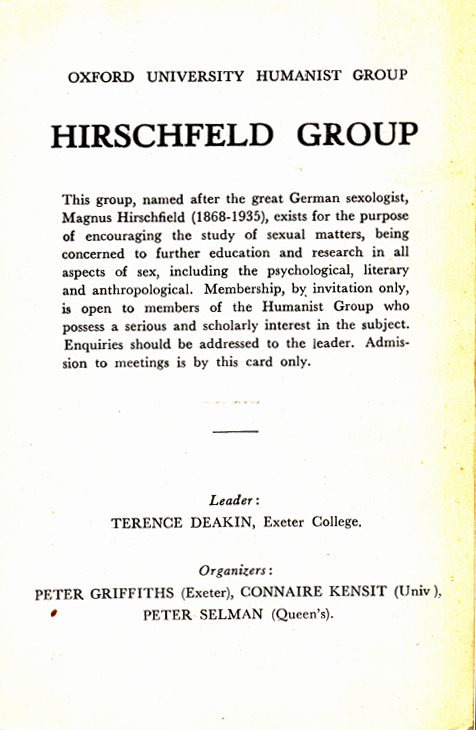 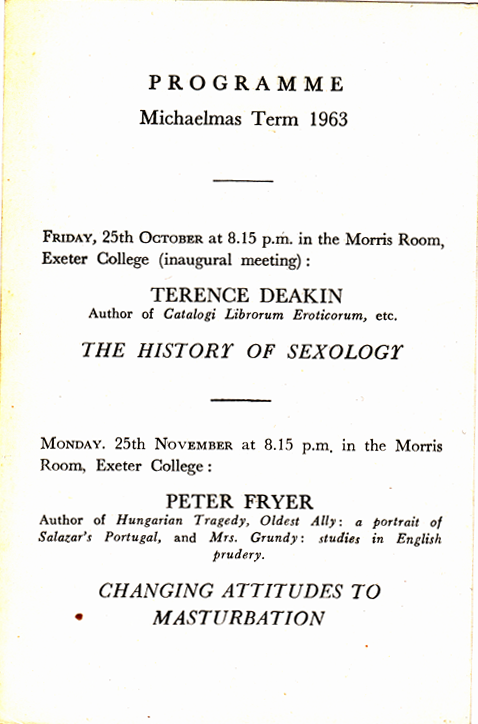 OUHG advertised its programme in Cherwell and received much press coverage for its meetings – see here. 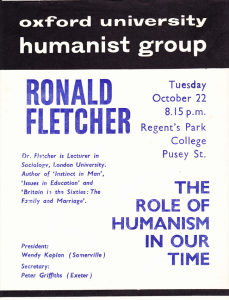 At the end of the term OUHG printed its own Christmas card – or rather, birthday card for Jesus: it read on the outside Happy Birthday Jesus! and on the inside 1963 today!  The cards were used internally but some, with envelopes and a pencilled ‘1/-‘ price, were inveigled into the rack at W H Smith’s in the Corn.  The story of this and the Easter card that followed is told here.