A study group headed by Jenny Slater planned a pamphlet of factual sex advice for teenagers, but the plans came to nothing in ways highly revealing of the way the permissive 1960s had not yet started in 1964. The Daily Mirror reported on 26 October 1964: 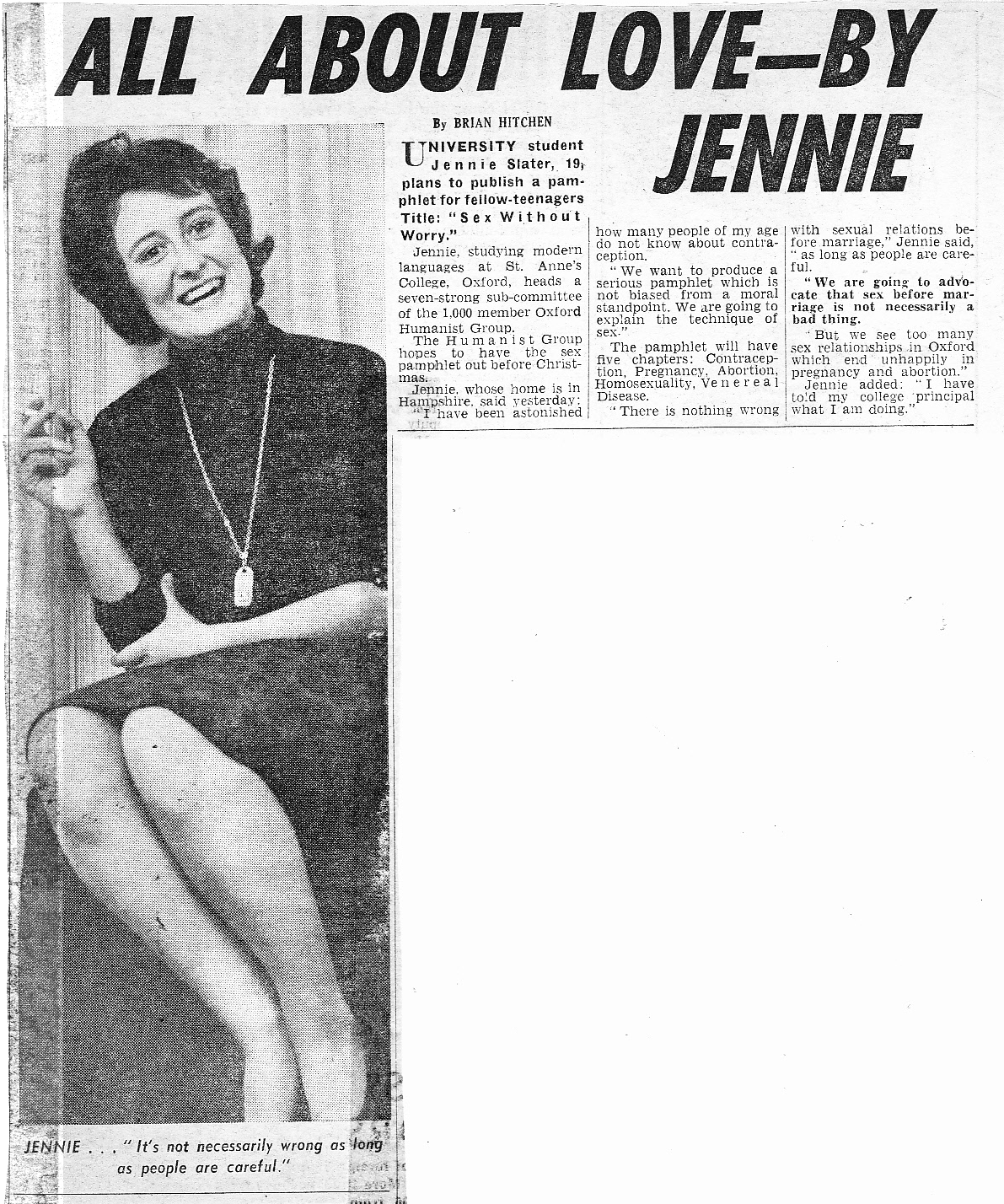 but by 4 November 1964 the Daily Mirror was reporting that after objections from her parents Jenny Slater had not only resigned from the study group but had been gated by her college pending disciplinary action – and production of the pamphlet had been banned by OUHG’s senior member, Profesor Gilbert Ryle! 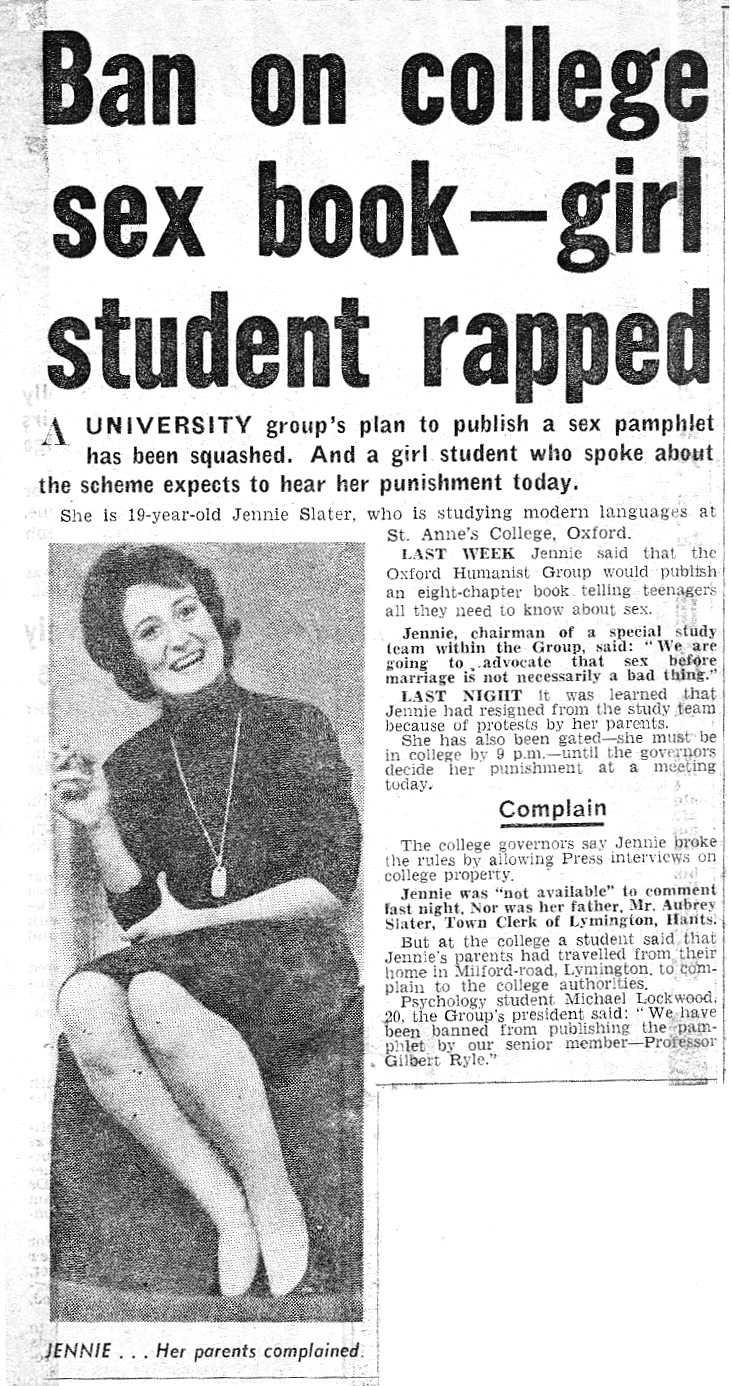 Notwithstanding, the study group seems to have continued in the following term, where it appears on the termly card.

The publicity brought a considerable volume correspondence, including from Canada, Singapore and Nigeria.  Many young people wrote to Jenny Slater anxious to get hold of a copy of the pamphlet. Another wrote at length analysing young people’s attitudes on the basis of the songs of the Beatles. Older people wrote to wish her success or to express reservations of various kinds.  One woman wrote asking her to bear in mind that “the sex act itself means far more physically, mentally and spiritually to a woman than to a man (this is an undoubted fact, ask any psychologist)”.  An elderly man wrote regretting his religious upbringing and telling from experience of the healthy attitudes of Polynesians. Others with established expertise offered help with the project – these included James Hemming and Eustace Chesser.

OUHG ex-president David Pollock had by now gone down but had two letters in the press about Sunday observance following the official Crathorne Committee report: in the Daily Telegraph (15 December 1964): 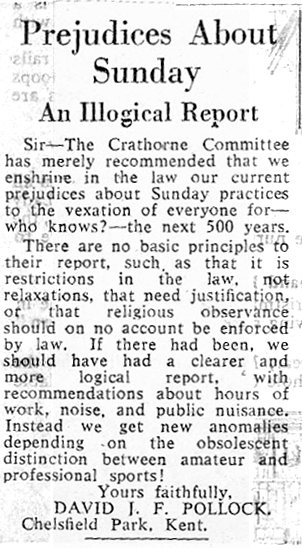 and in the Guardian (17 December 1964) with a letter also read in an extended version on the BBC’s Listening Post: 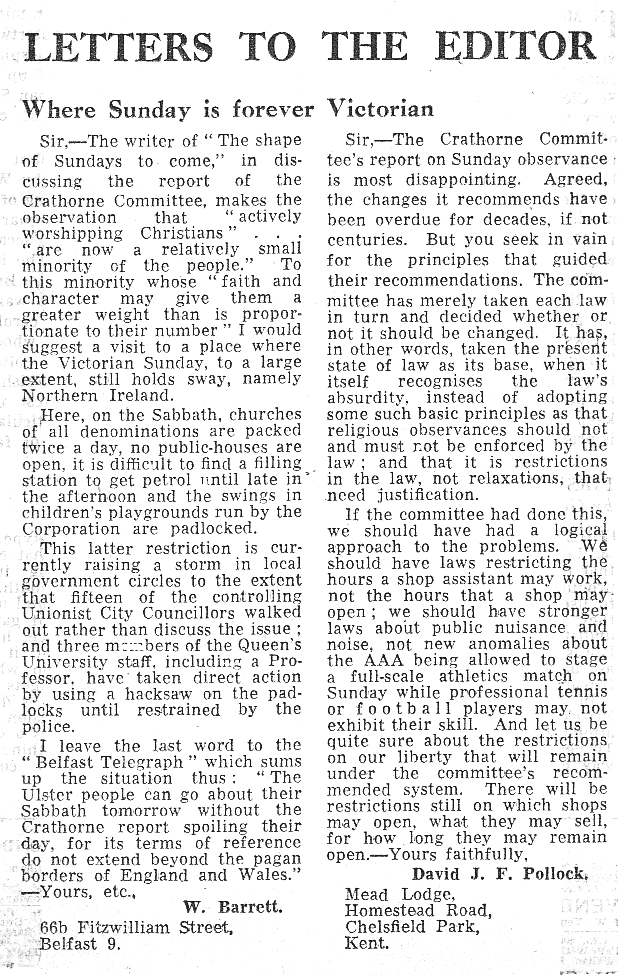 Meantime on 25 September 1964 the Church Times surveyed the Oxford religious scene and reported on the strength of the Humanists.