At the end of Michaelmas 1963 OUHG printed its own Christmas card – or rather, a birthday card for Jesus: it read on the outside Happy Birthday Jesus! and on the inside 1963 today! The cards (“printed in heaven”) were used internally but some, with envelopes and a pencilled ’1/-’ price, were inveigled into the rack at W H Smith’s in the Corn. 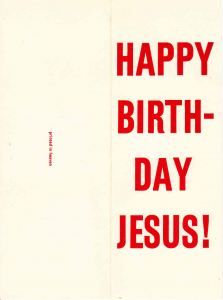 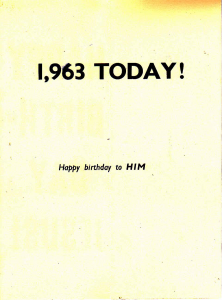 Cards were sent to the press, and Atticus in the Sunday Times reported on 15 December 1963 [transcript of these cuttings here]:

One was also sent to the Pope and – as Atticus in the Sunday Times reported on 15 March – was politely acknowledged: 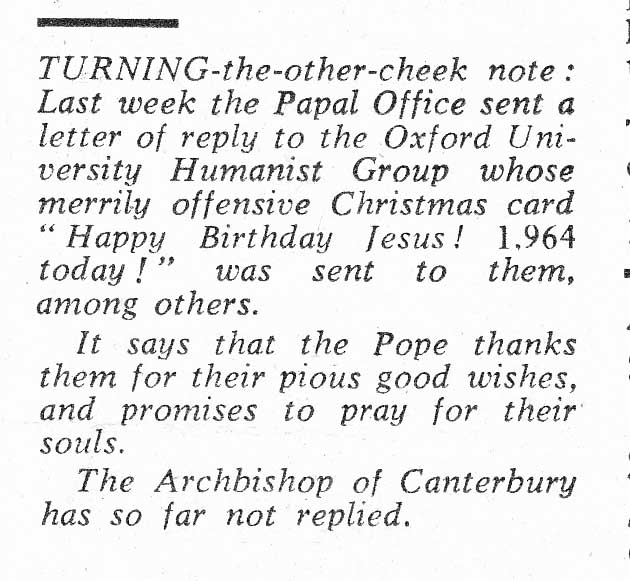 OUHG followed up with a greetings card for Easter: 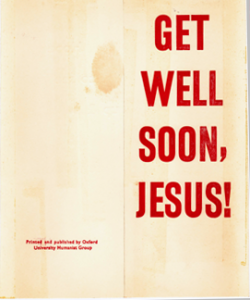 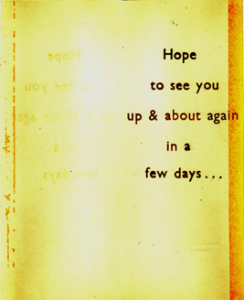 Isis noted this on 14 March: 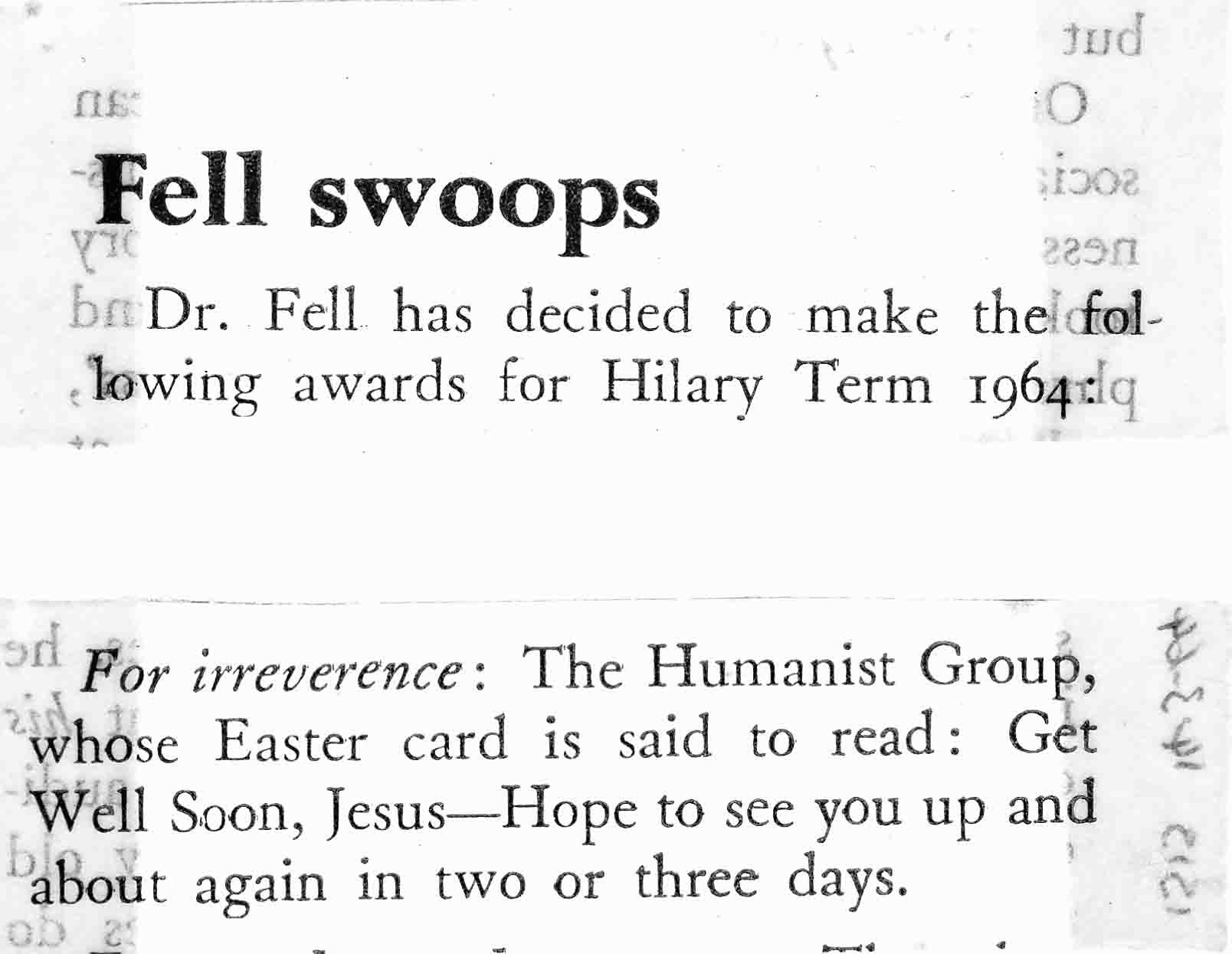 The News of the World was next: 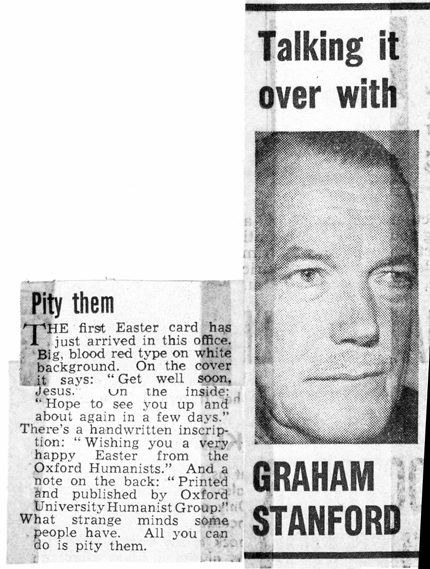 But ex-president Leonard Evans was not satisfied:it was time that the ultra-right if short-lived newspaper The New Daily was brought in (28 March): 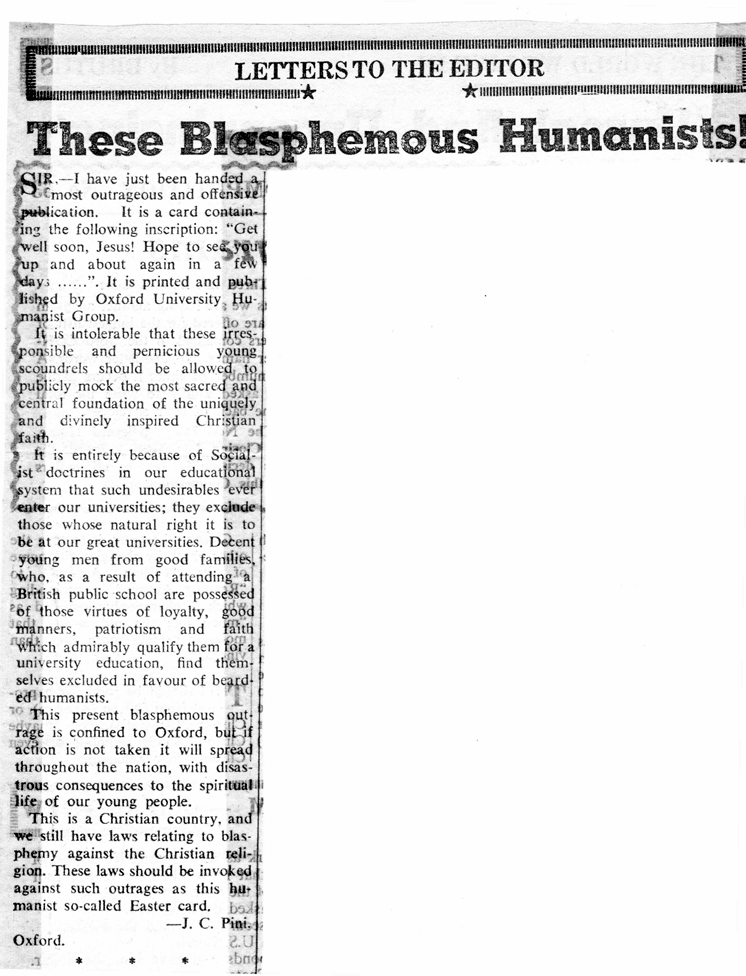 Next term, Cherwell (29 April) picked this up: 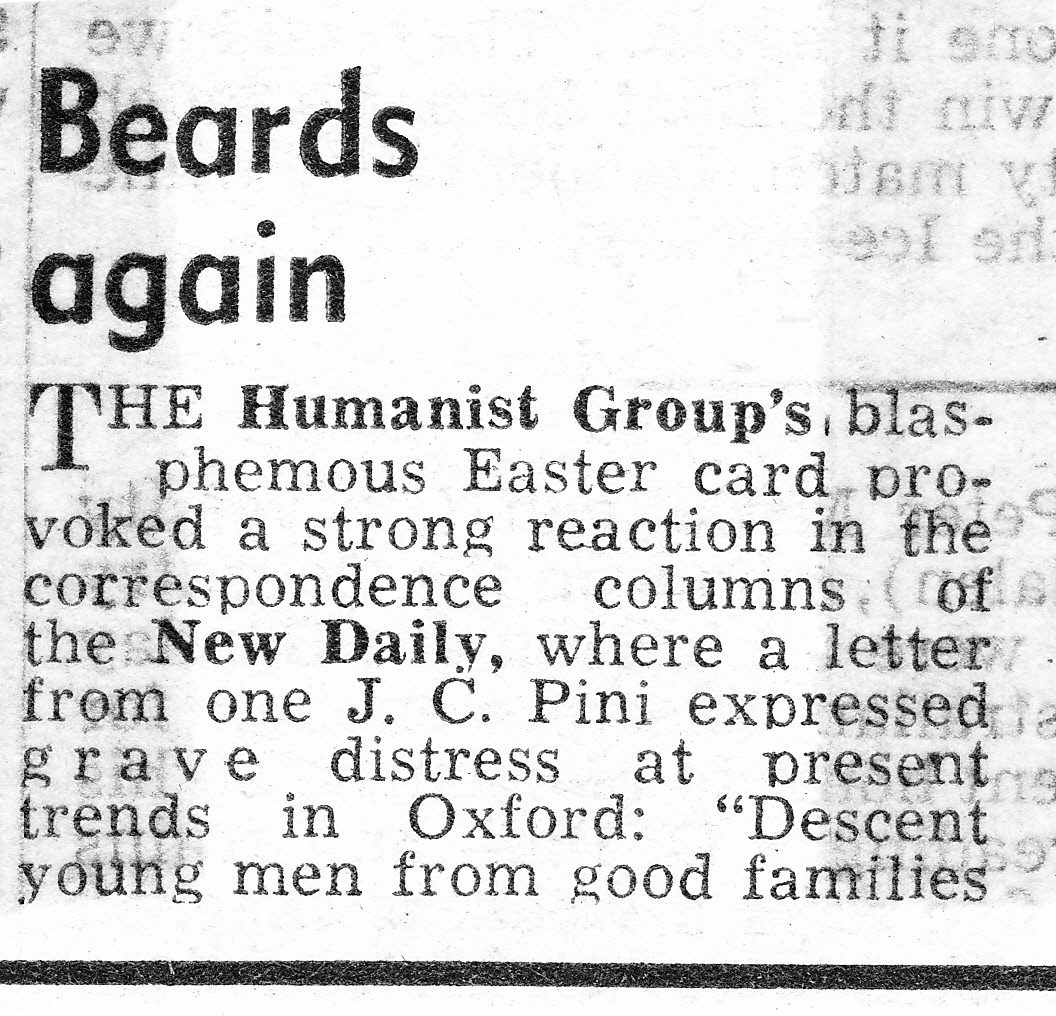 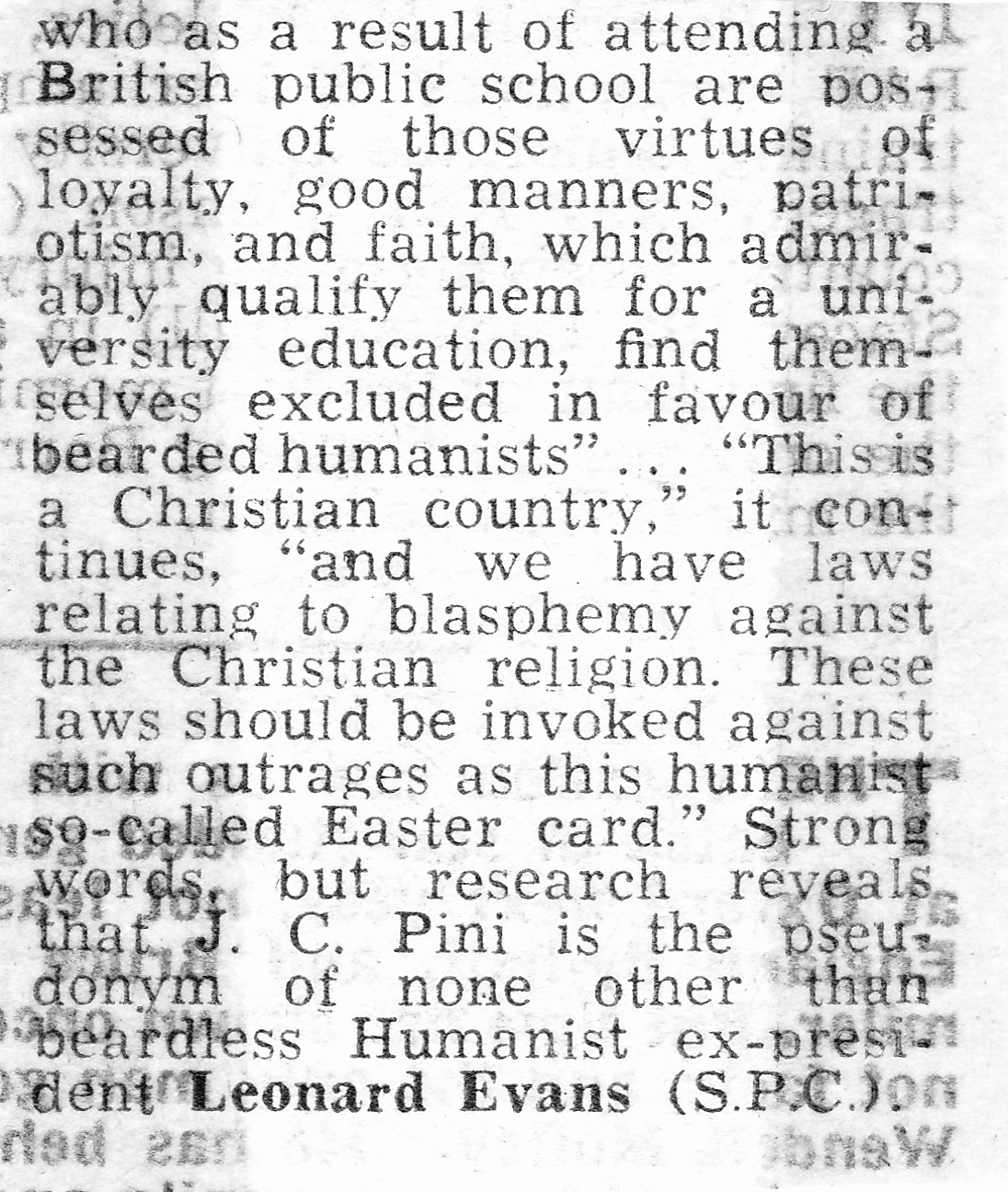 which led on a week later to this in Cherwell (6 May): 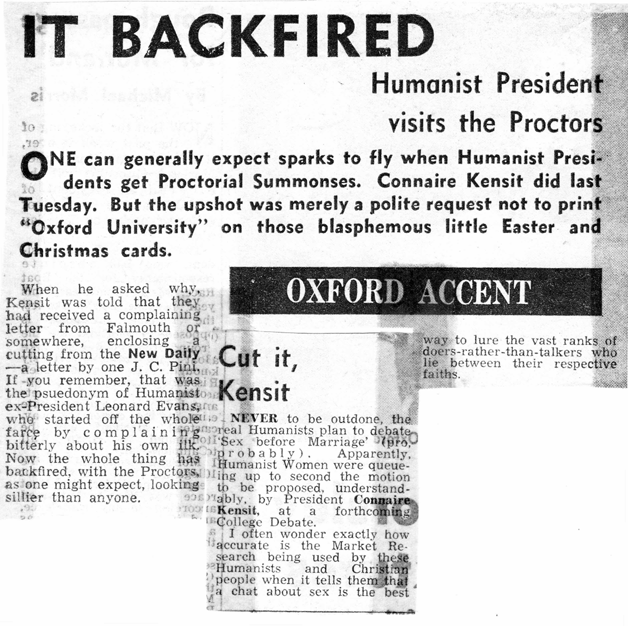