In Trinity 1962 the OUHG bought an Adana flatbed printing press.  This was the initiative of Pete Binns, the OUHG’s first printing officer, who had learnt his skills at school. It was henceforth used for termly cards and posters for the Group’s meetings and OUHG also took in work from other university clubs and societies.

A year later it was celebrated in Cherwell’s “John Evelyn” gossip column (18 May 1963): 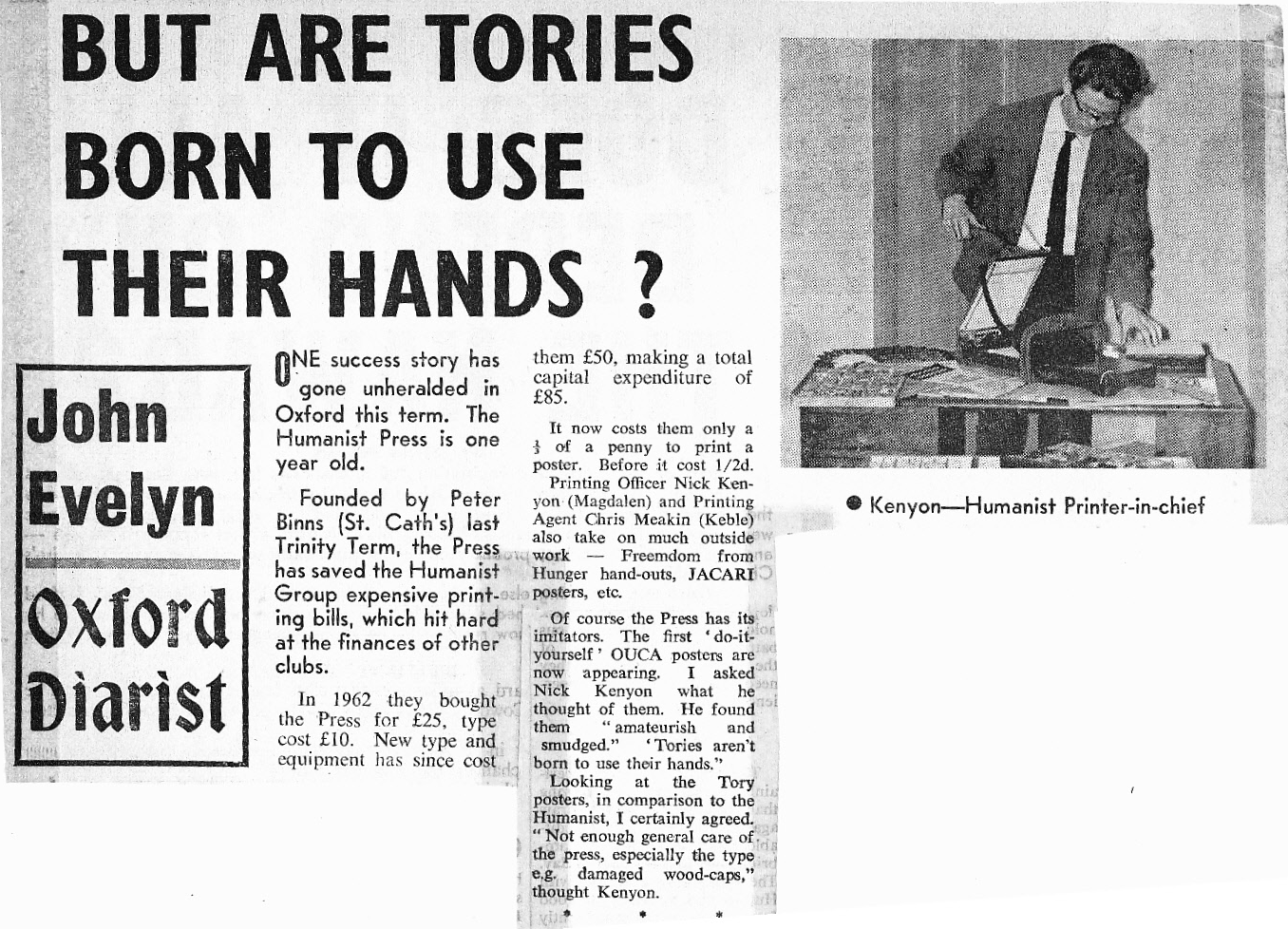 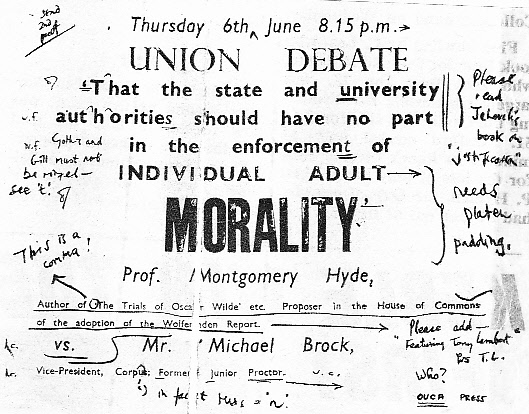