In December 1963 The Observer reported on a survey of students in Oxford and Manchester carried out for a book by Ferdynand Zweig.  Just over 100 students were interviewed in each university.  Extraordinarily all 102 at Oxford said they came from a religious family background, but their own religious belief had fallen away: 49% were atheist or agnostic.  At Manchester, only 21% described themselves that way.  How far the activities of the OUHG were responsible is a matter for speculation but it is notable that at Oxford many described their philosophy of life as humanist and the term Humanism was much used even by non-humanists, whereas at Manchester it was much less used.

The press report was as follows: 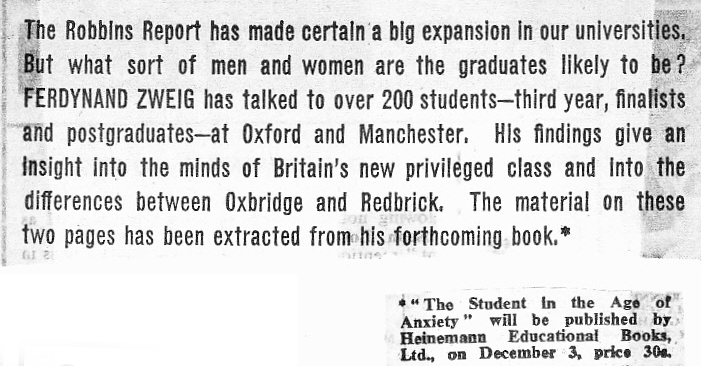 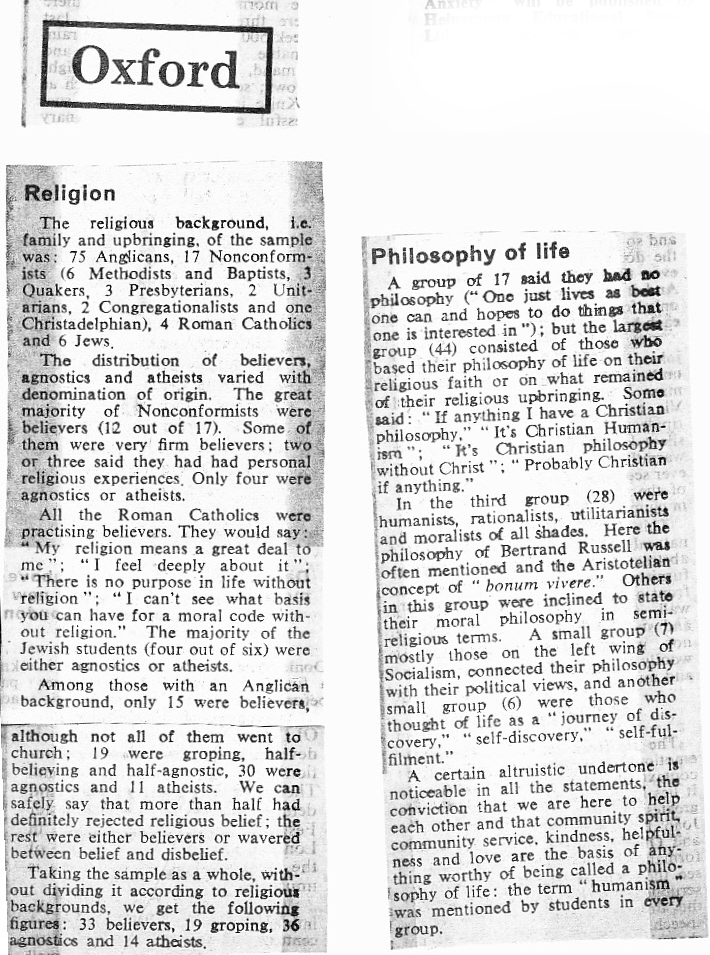 The next term OUHG made good use of the report in refuting a claim from the pulpit that Oxford was a Christian university (Oxford Mail 5 February 1964):