A meeting was organised on May 25 1962 jointly by OUHG, the OU Labour Club, JACARI (the Joint Action Committee against Racial Intolerance) and COUND (Campaign in Oxford University for Nuclear Disarmament) to hear from Sr Fernando Castillo, who had recently been released from 23 years as a political prisoner and had illegally escaped from Spain.

He highlighted the plight of students who had demonstrated in sympathy with striking miners some of whom had been jailed while others awaited trial.  OUHG decided to print and circulate a petition to be delivered to the Spanish ambassador. 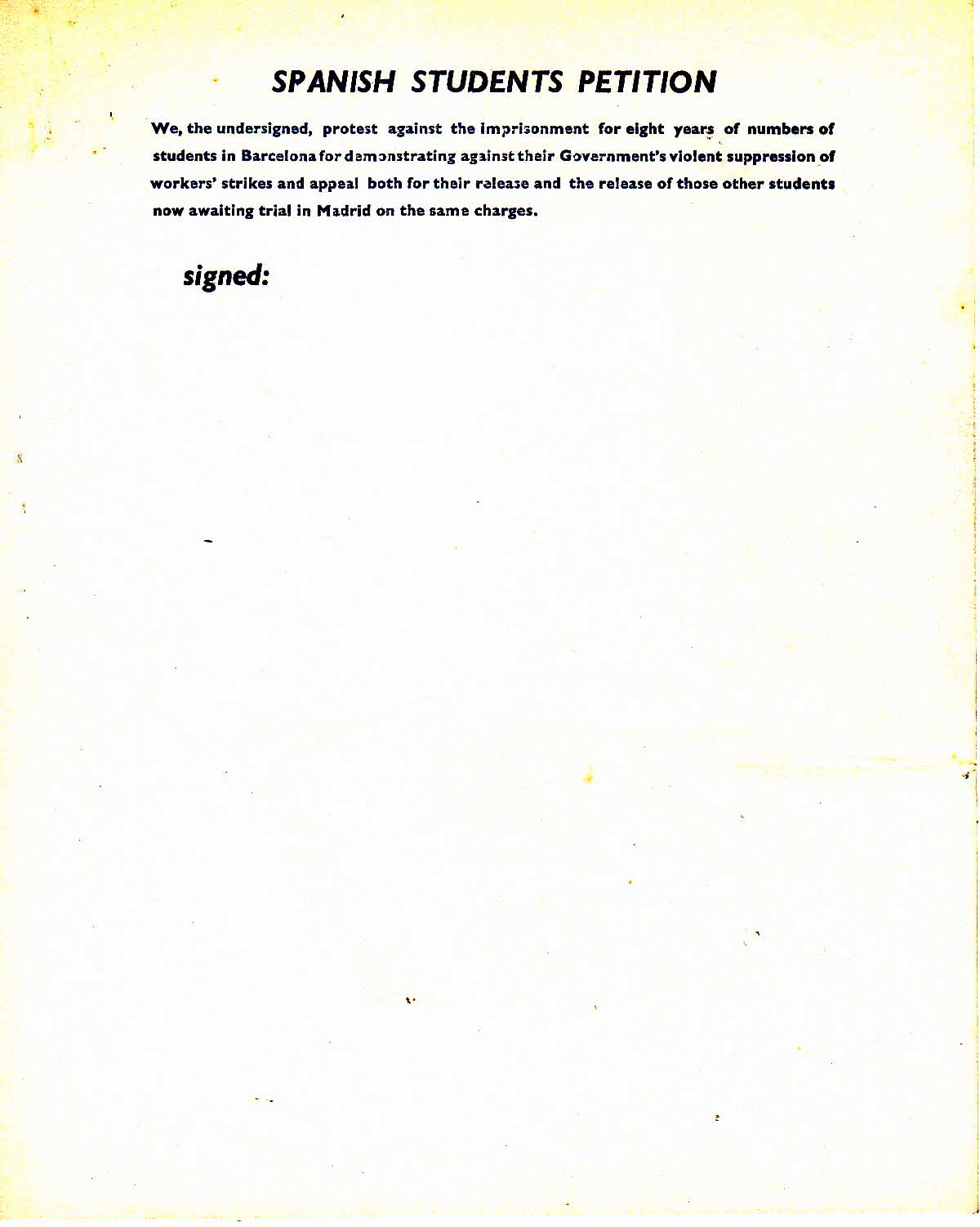 The meeting and petition were reported next day in the Oxford Maiil: