Several meetings this term were given serious reviews in Isis while others were noticed elsewhere.  The first reviewed in Isis was Alasdair MacIntyre’s address on suicide (8 May 1963): 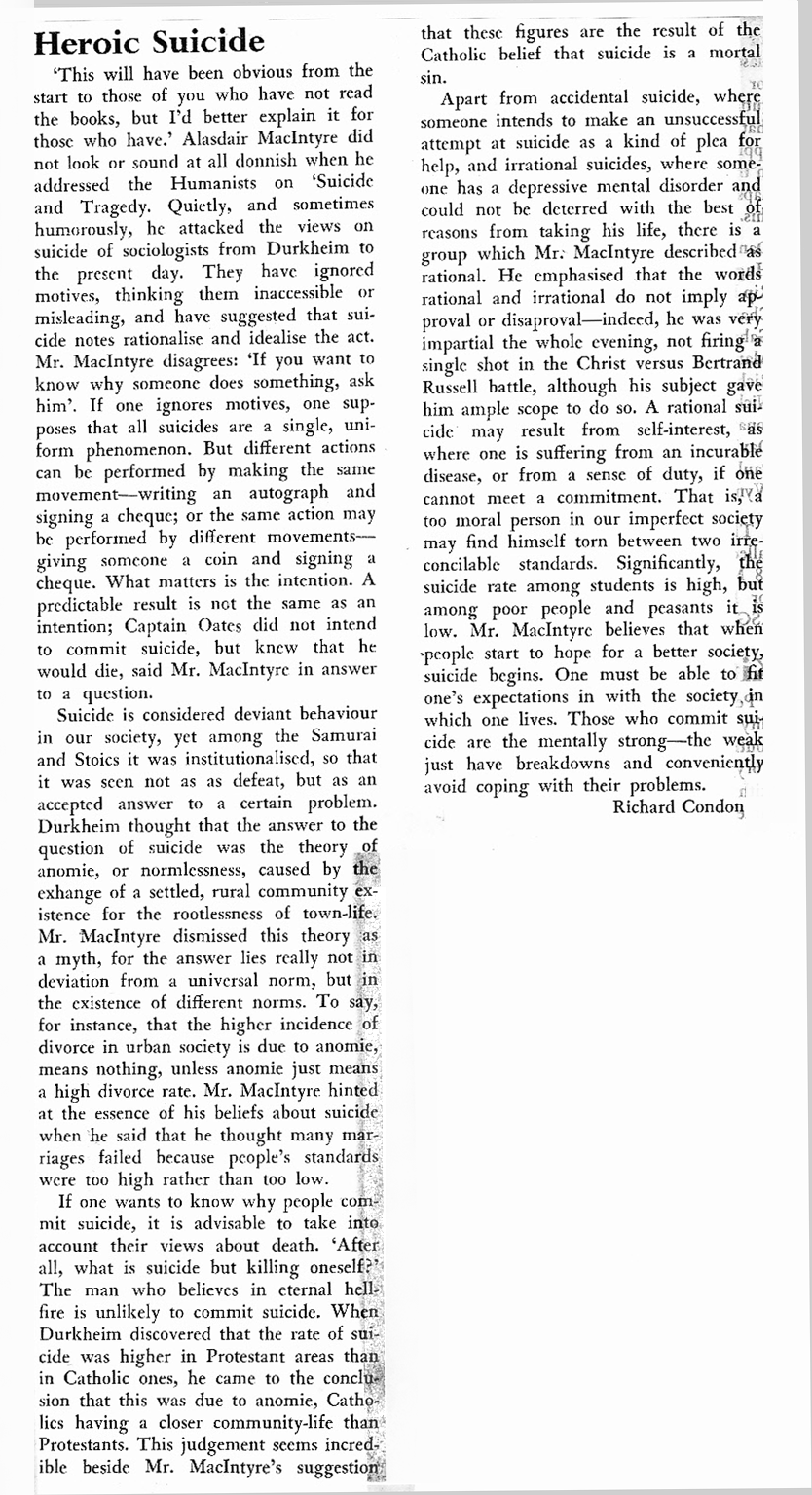 The following week it was Isaiah Berlin who was commanding “rapt attention” (Isis, 15 May 1963): 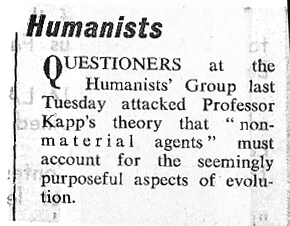 John Robinson, the bishop of Woolwich, had just published his radical (but derivative) small book Honest to God which was making waves nationally.  His OUHG meeting was doubly covered in Cherwell (1 June 1963): 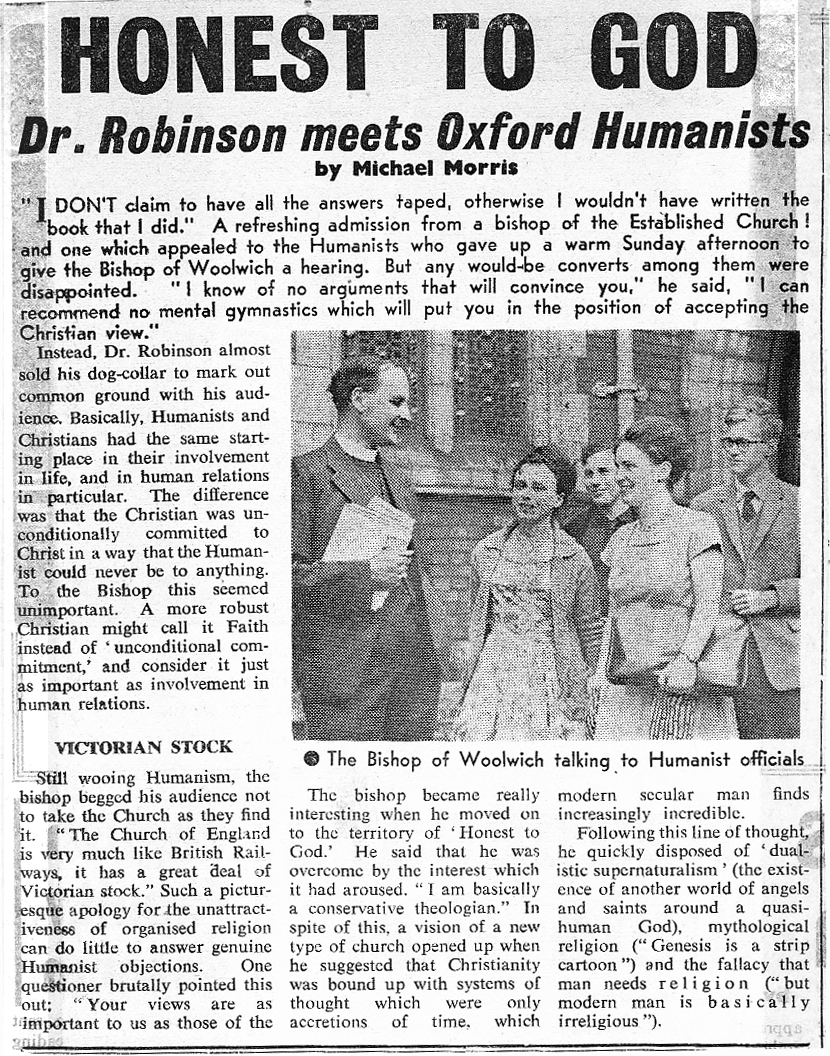 Isis combined its review of the bishop with one of the psychologist Stephen Coates (29 May 1963): 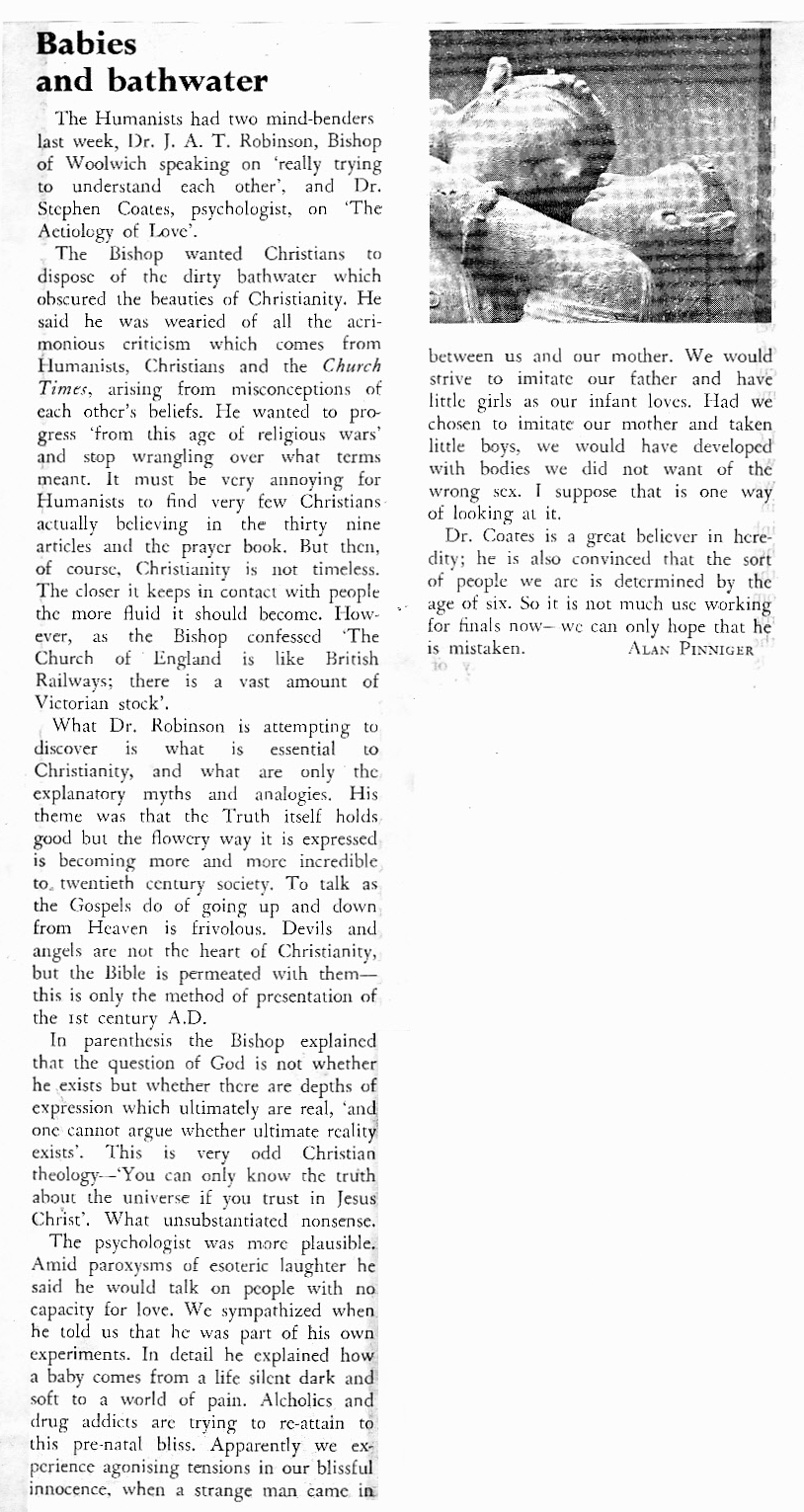 but returned to the bishop the following week, opening its columns to OUHG ex-president Clive Jones (Isis, 6 June 1963):