OUHG protested about a pronouncement by the Roman Catholic Cardinal Heenan rejecting use by Catholics of the birth control pill. On 9 May 1964 the Daily Telegraph 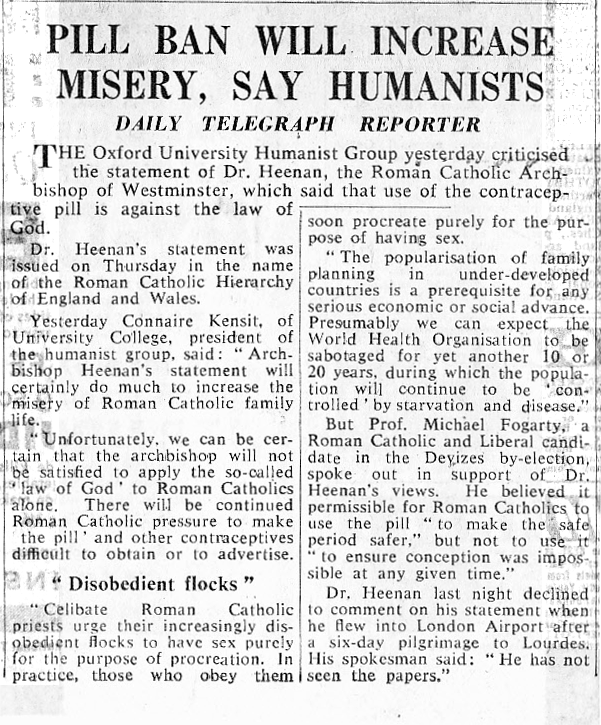 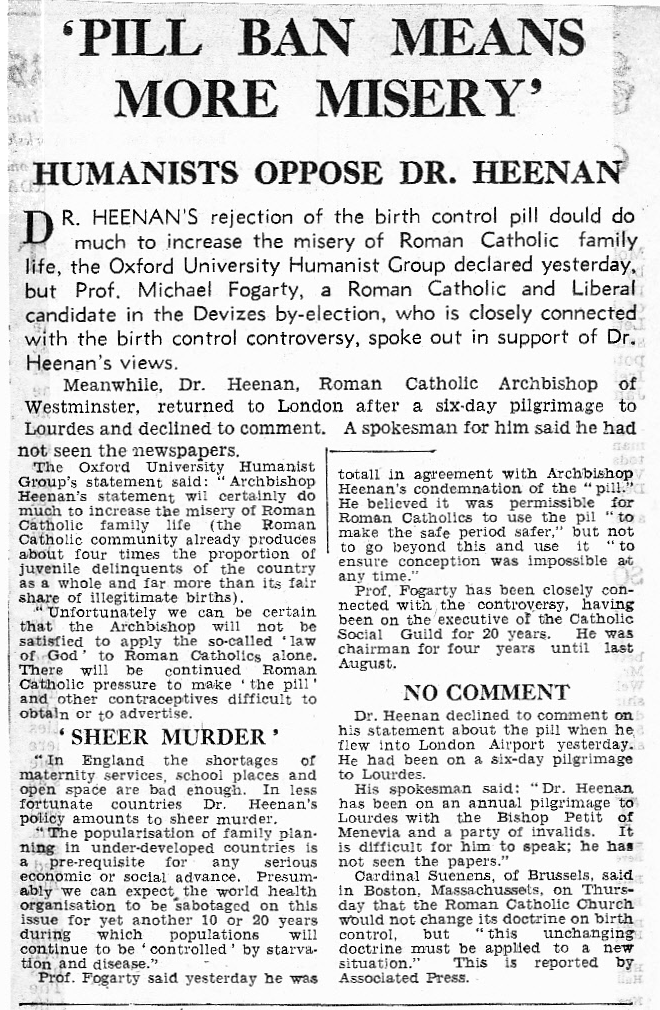 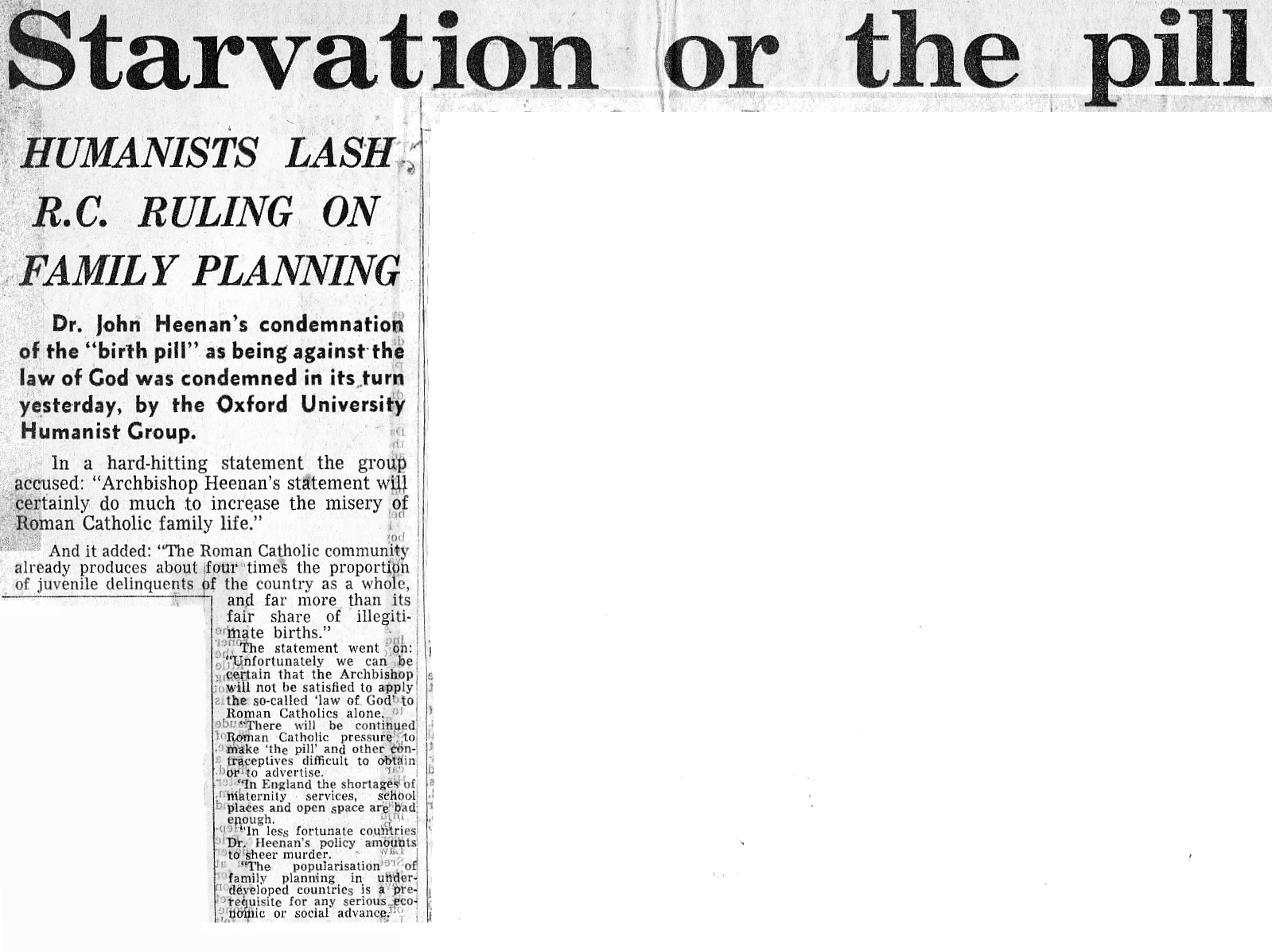 (the full text being as below) 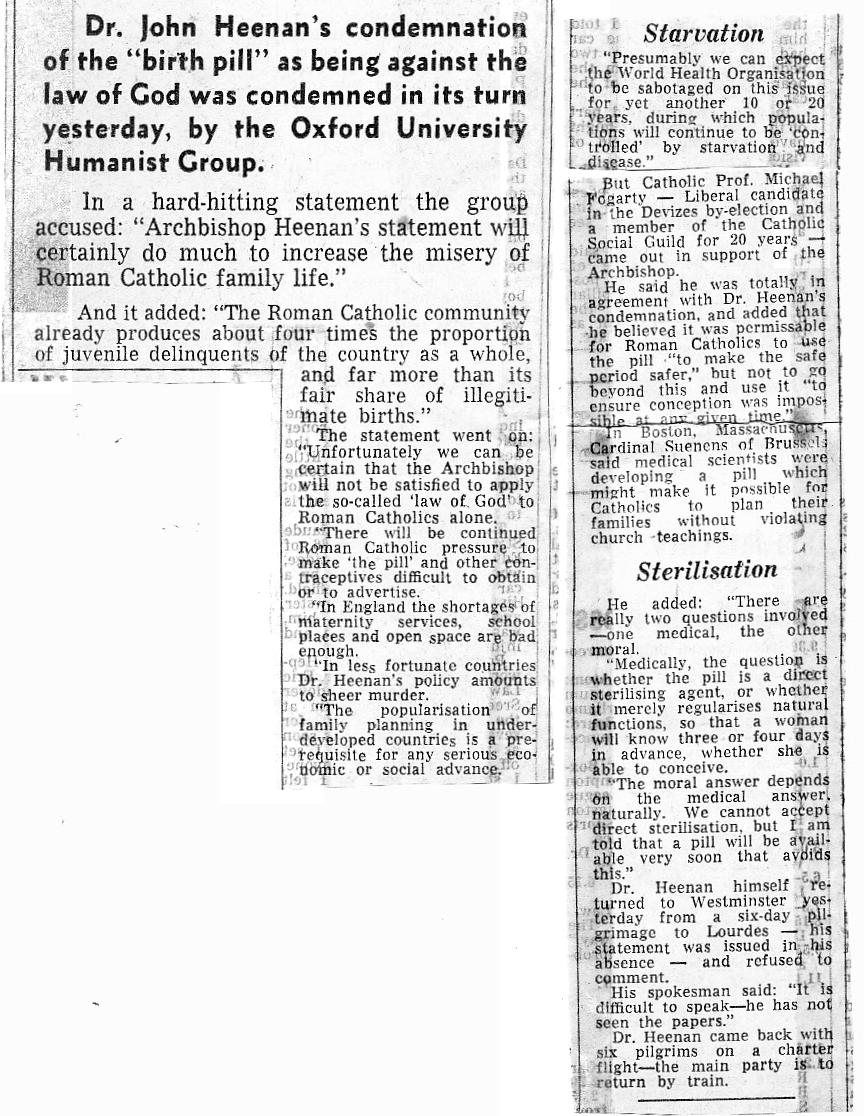 carried reports of the OUHG’s statement; and the Daily Mail referred to it: 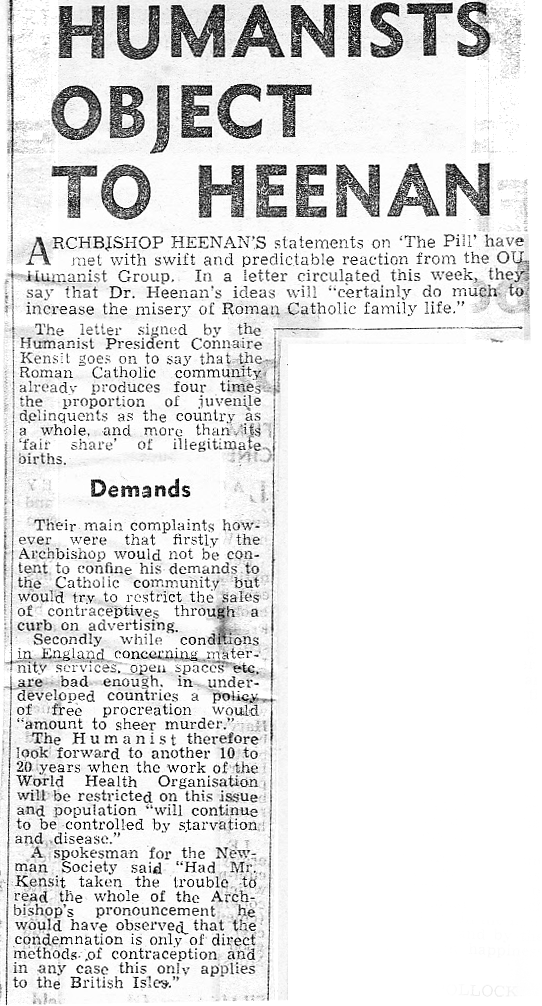 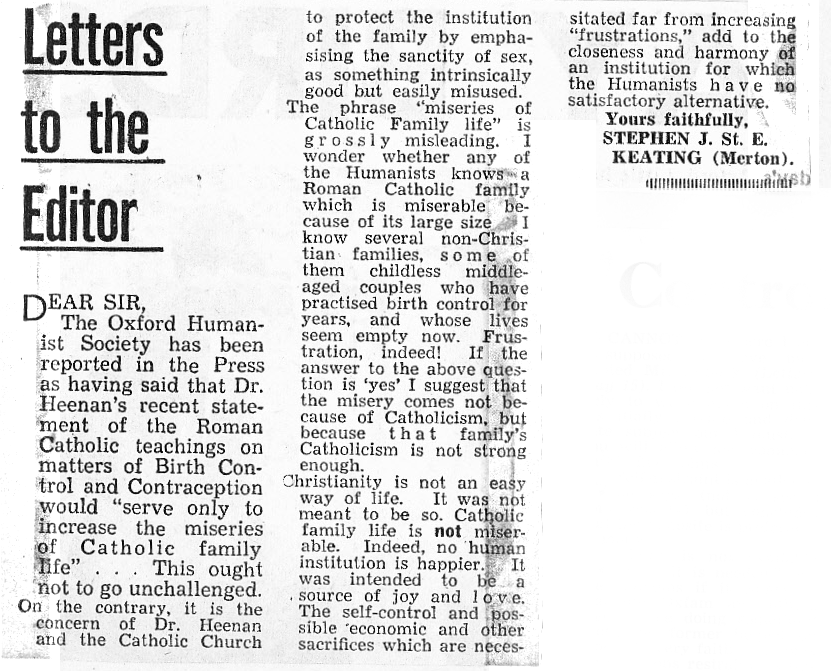 The Oxford Mail carried a correspondence between OUHG ex-president David Pollock and a local Roman Catholic (successive items on 11 May, 13 May, 15 May and 20 May 1964): 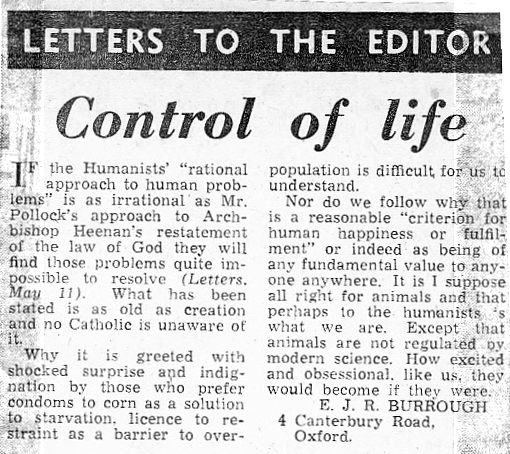 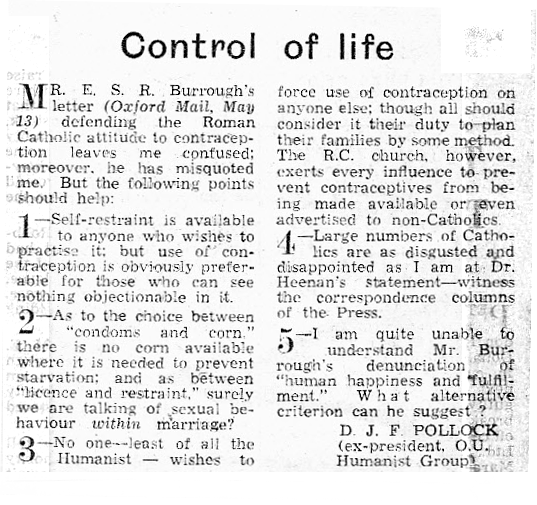 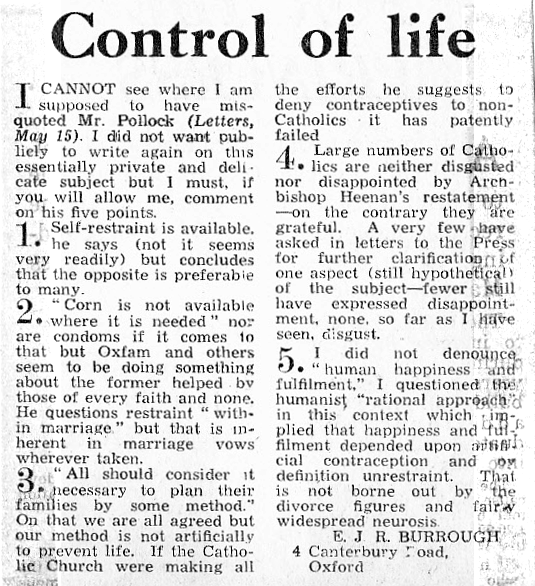 The Birmingham Post also had a protracted correspondence involving David Pollock, with letters on 12 May, 13 May, a later date in May, 21 May and 30 May 1964: 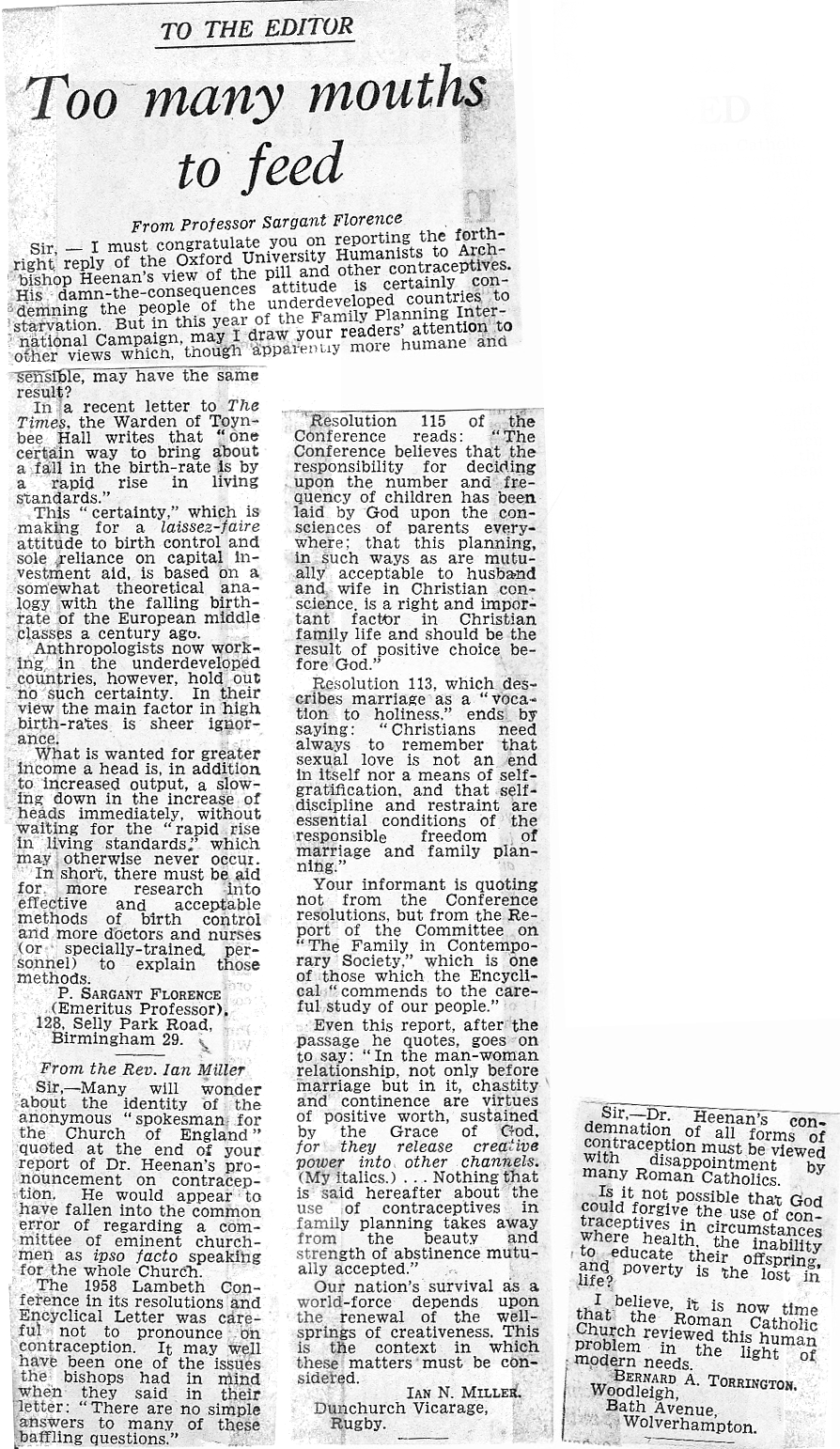