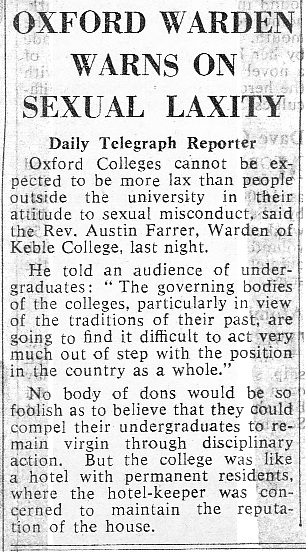 Elsewhere, the Peter Simple column in the Daily Telegraph continued to feature his Stretchford Humanists – on 21 May 1964: 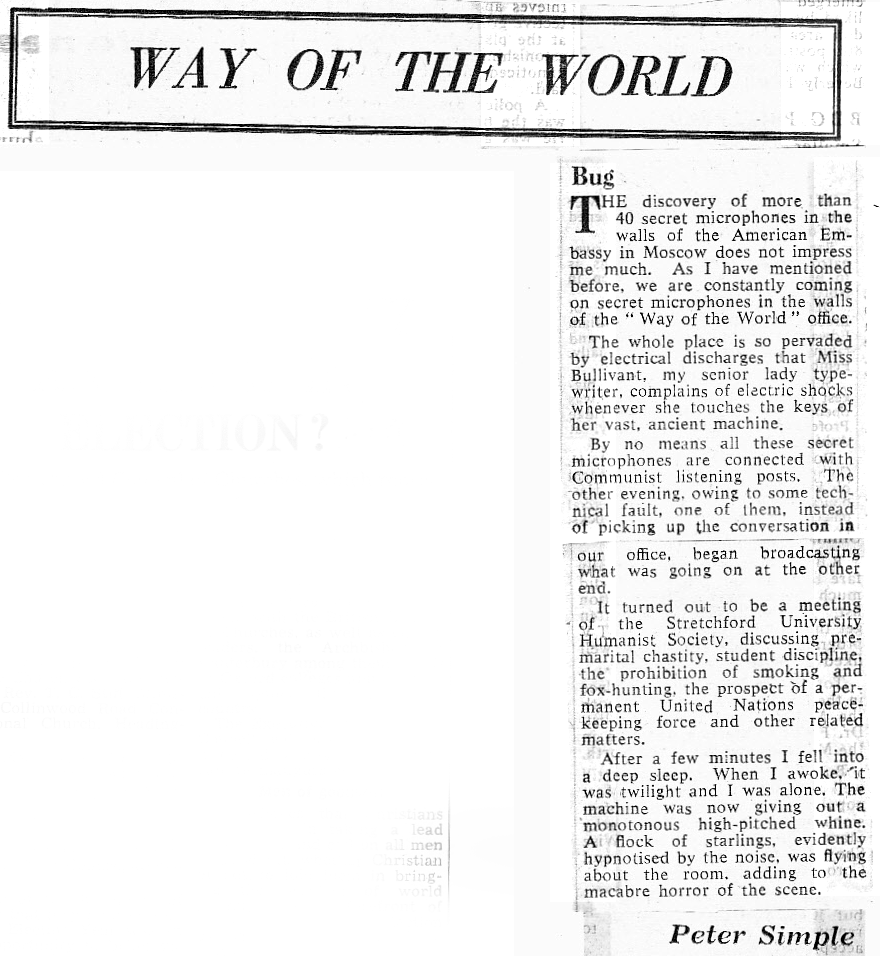 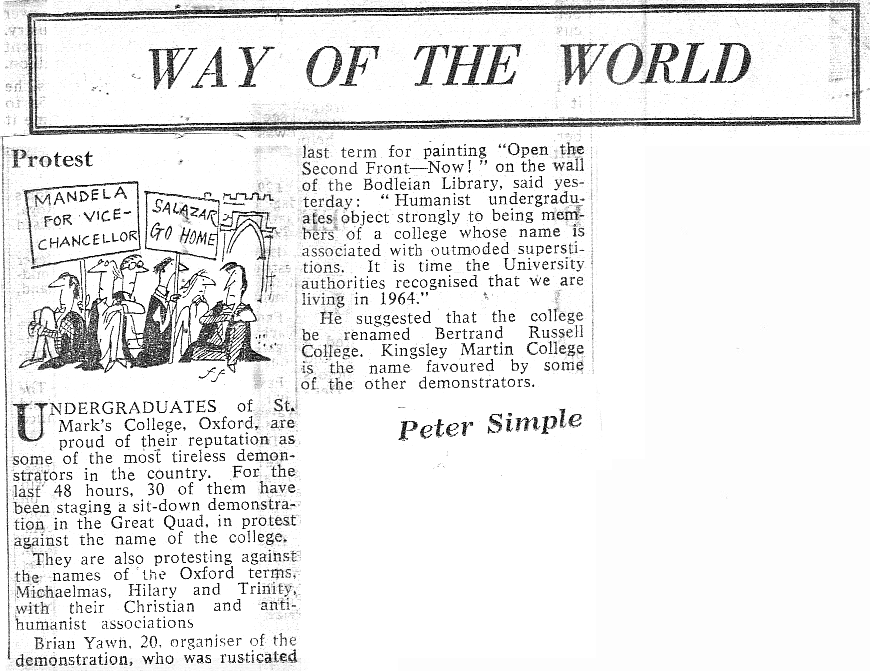 The Oxford Council of Churches, according to the Oxford Times (17 April 1964) thought of inviting the OUHG to join it in a campaign on world poverty:

OUHG ex-president David Pollock had another letter in the Daily Herald (5 May 1964): 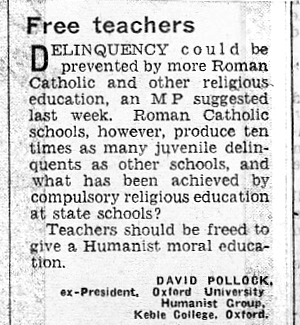