The Isis series on the Humanists led to a letter from an “unmarried pregnant humanist” which brought Fleet Street down on Oxford en masse – and that led to strong criticism of the behaviour of press.

Fortuitously the Oxford Union had a debate on the press, as the Oxford Mail reported on 22 February:

The debate was fully reported in Cherwell on 23 February 1963: 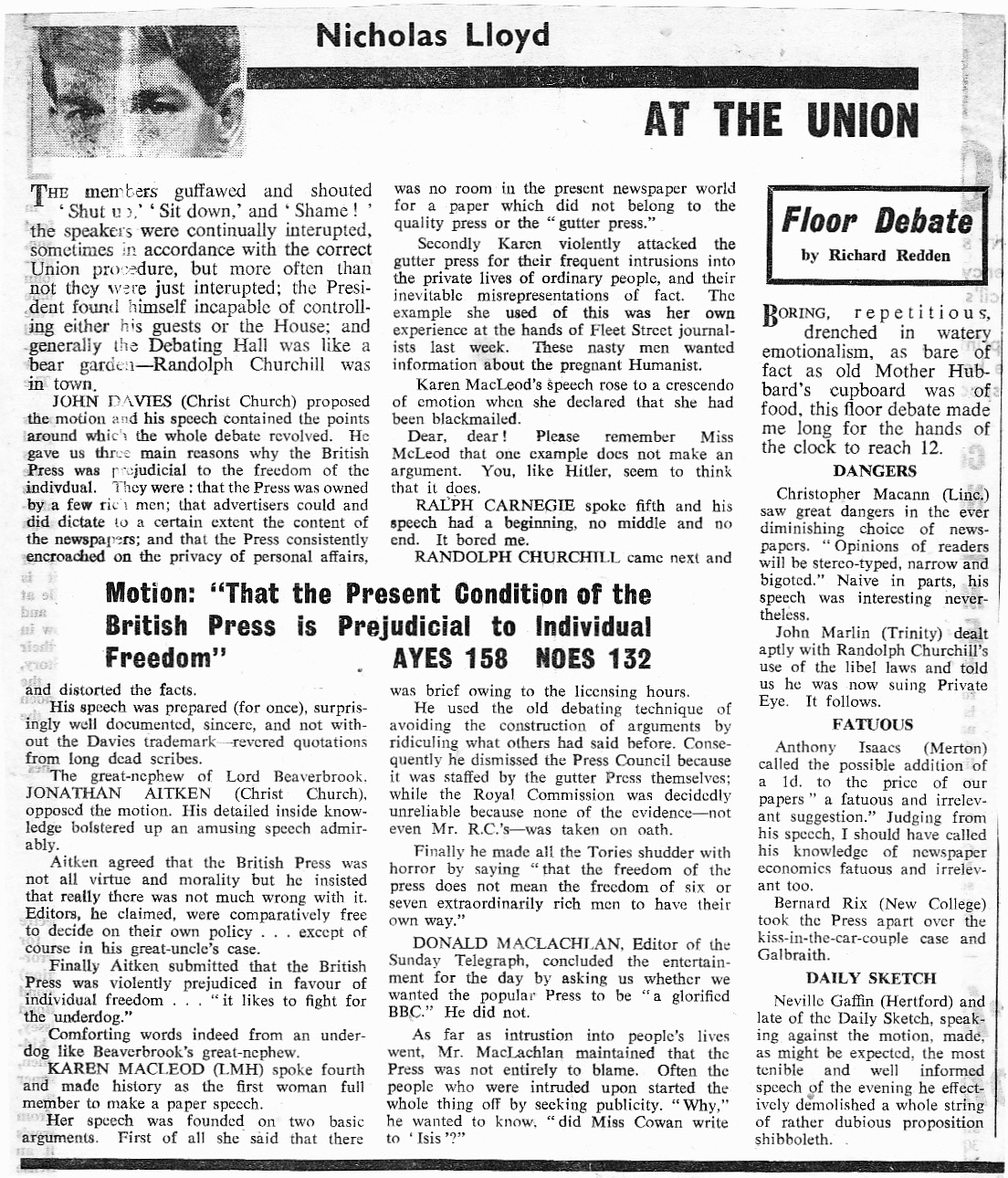 Isis (27 February 1963) reported on the speech by its editor, Karen McLeod – the first woman member of the Oxford Union Society: 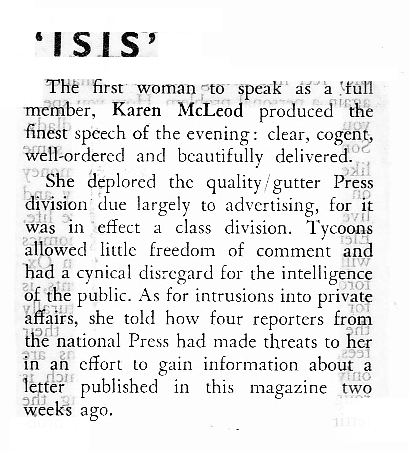