Speakers included Antony Flew, Joseph Needam, Marghanita Laski and Eustace Chesser.  This was also the term of the evangelical OICCU mission to the University, to which of course OUHG mounted a campaign of opposition.  At the other end of the ecclesiastical spectrum, Christopher Hollis wrote at length about the Oxford Humanists in The Tablet – and OUHG Group Organiser Micke Lockwood replied eloquently and devastatingly.  And it was the term in which the World Council of Churches and The Times took special note of OUHG. 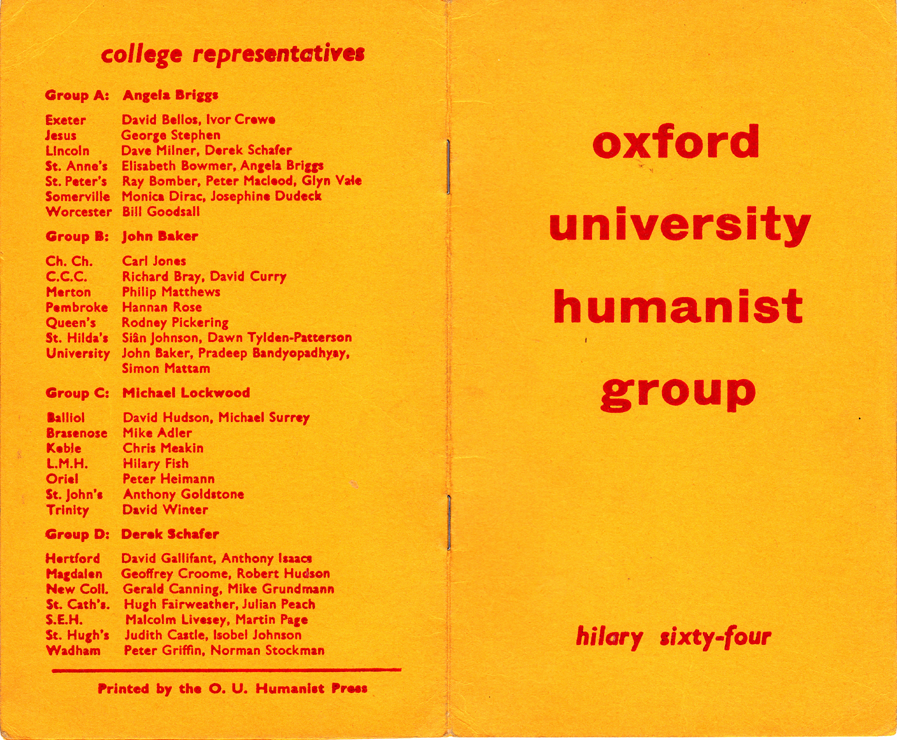 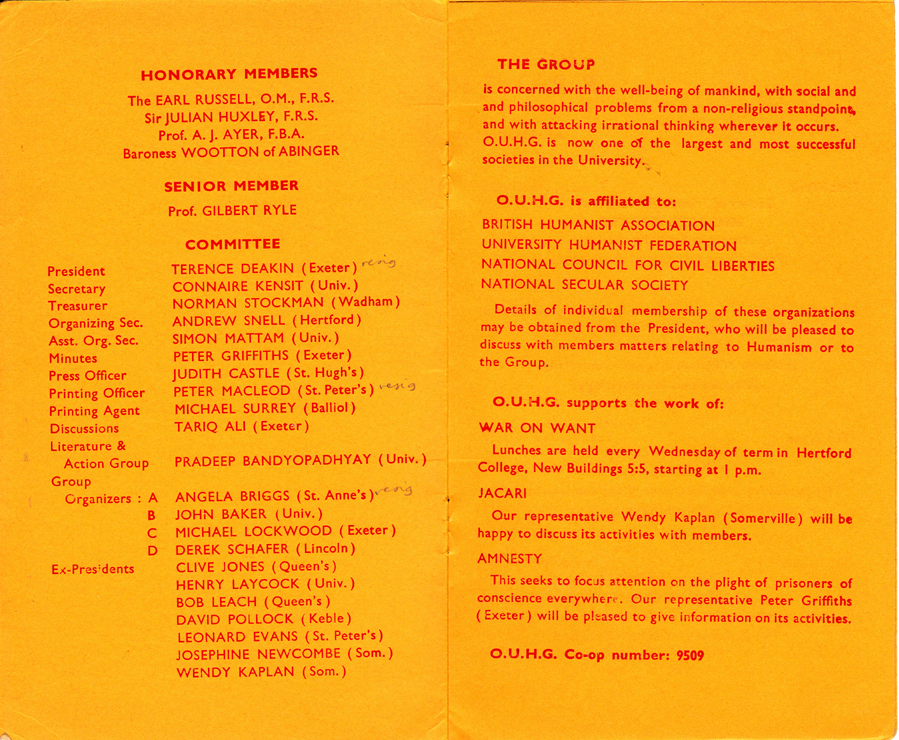 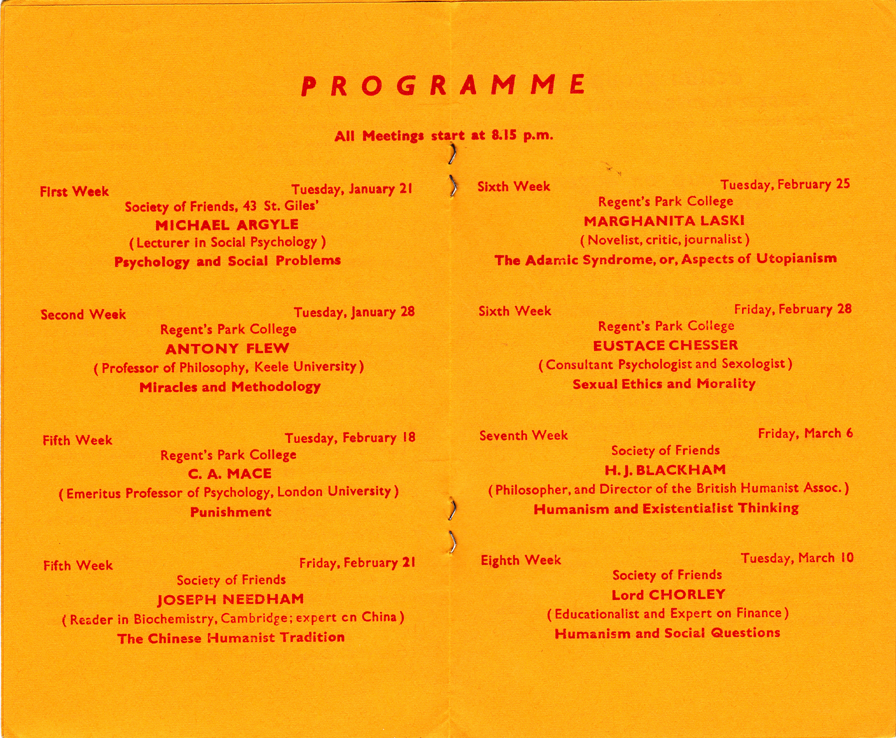 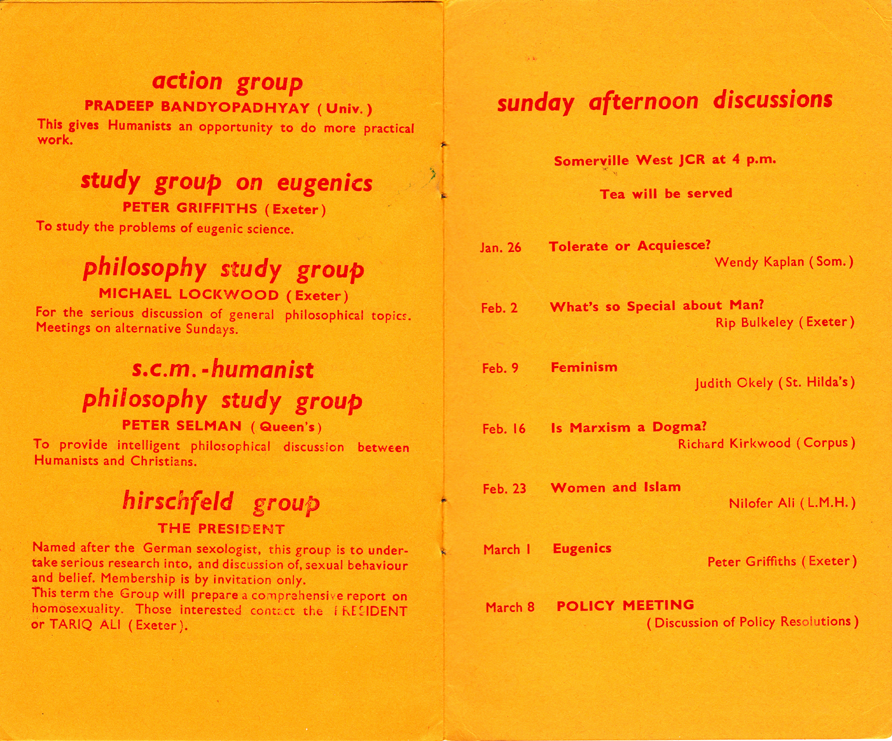 On 7 February 1964, the Daily Telegraph reported that the OUHG’s success had been noticed at the World Council of Churches in Geneva: 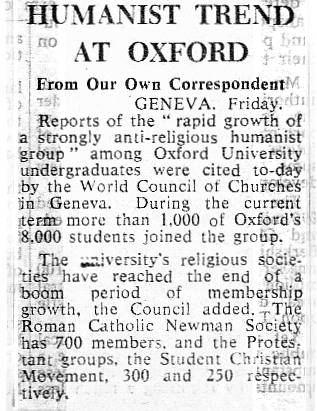 On 21 February 1964 The Times had a fuller report on the growth of OUHG: 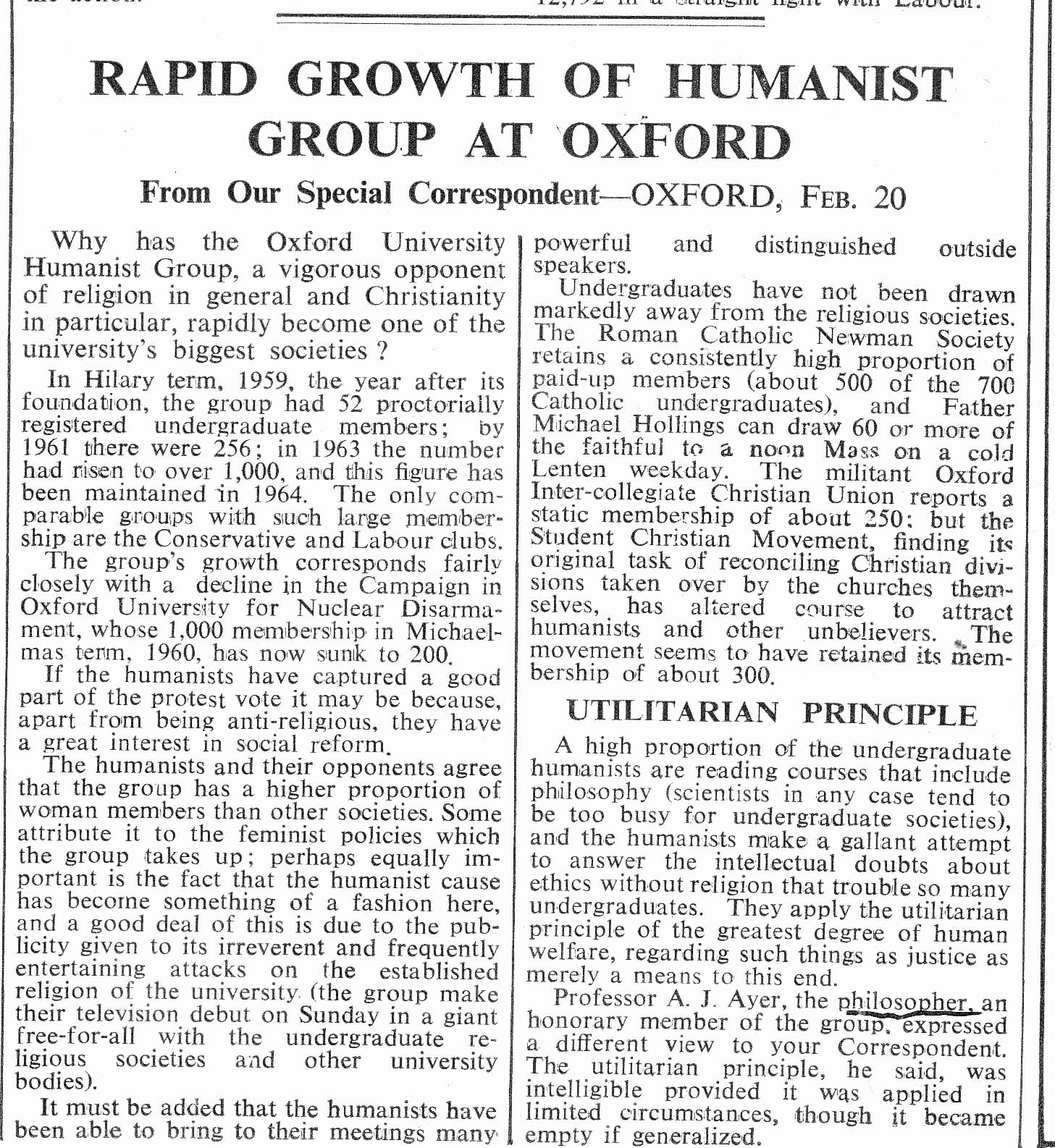 Near the end of term Terry Deakin resigned after a Committee vote of no confidence by the Committee on 1 March; Connaire Kensit took over as President for the short remainder of term (contrary to the report in Cherwell (4 March 1964), below, and Mike Lockwood became secretary. 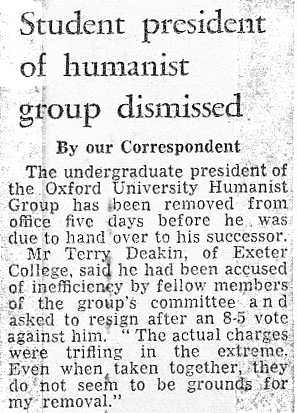 [Opposing the OICCU Mission]   [The Tablet]   [Other press coverage]