When the University set up the Franks Commission on the governance of the University it did not have in mind the principle of in loco parentis but problems like the balance of power between the University institutions and the colleges.  But OUHG saw its chance and submitted a memorandum of evidence (does anyone have a copy?) that gained substantial press coverage, led to a long correspondence in the Daily Telegraph and induced one outraged father to give contrary evidence to the Commission! 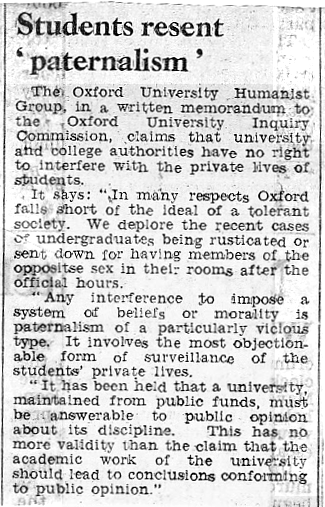 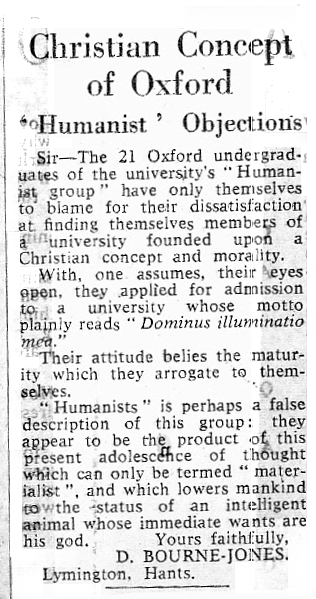 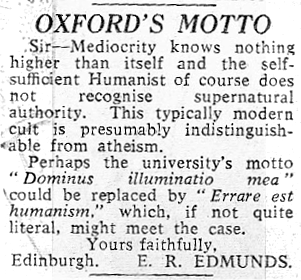 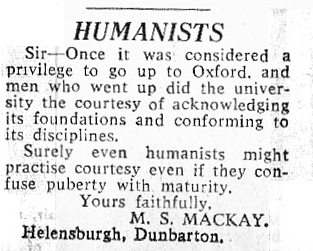 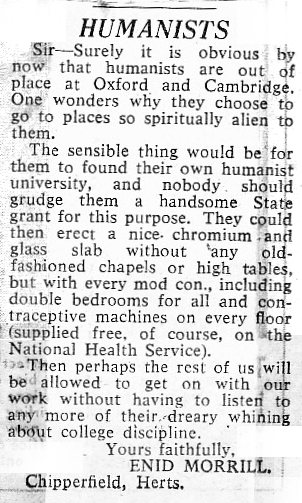 Meantime Mr M Gatehouse wrote to teh Franks Commission that he was in total disagreement with OUHG: 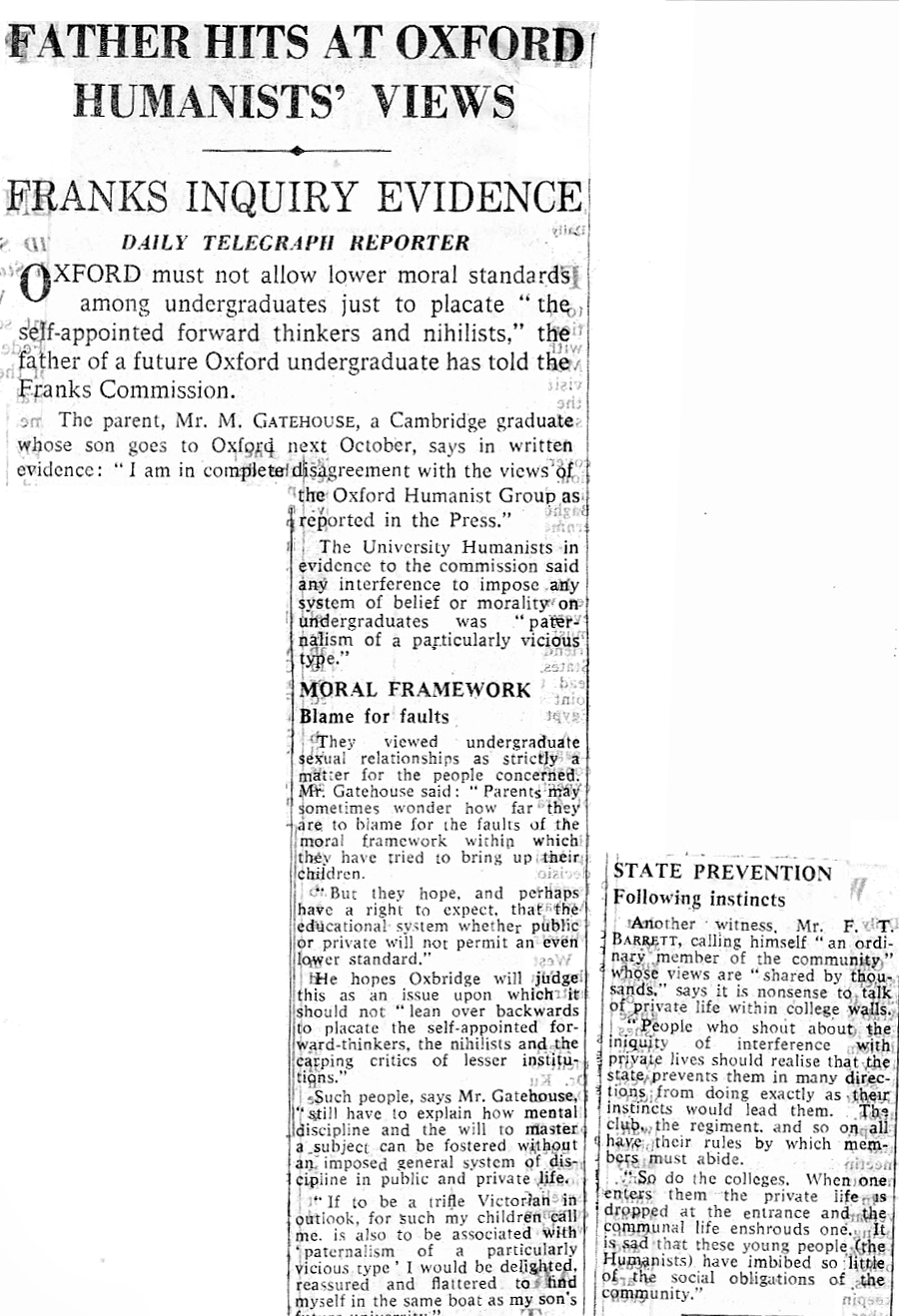