and Bishop Ambrose Reeves’ plea for a change in the law on homosexuality made not only the Oxford Mail (24 November): 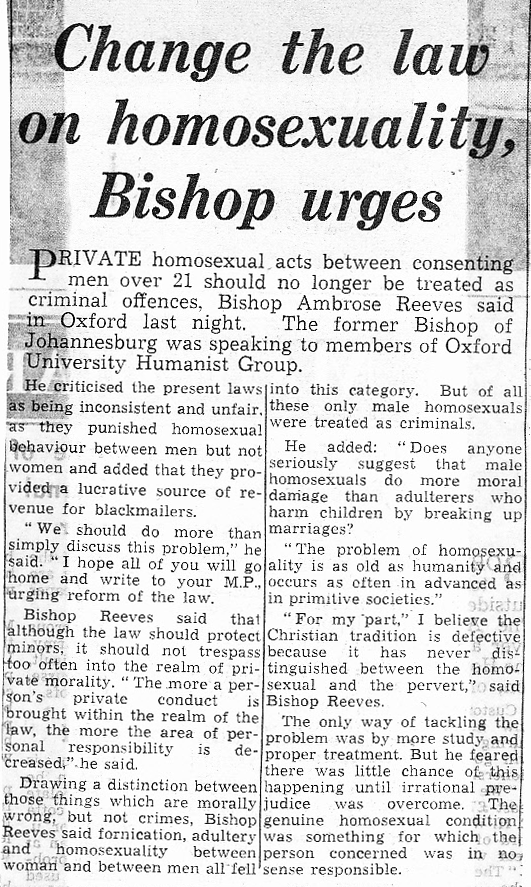 but also The Guardian on the same day: 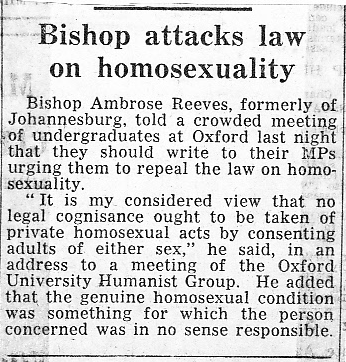 The Daily Herald (5 November 1962) had a short reference to OUHG: 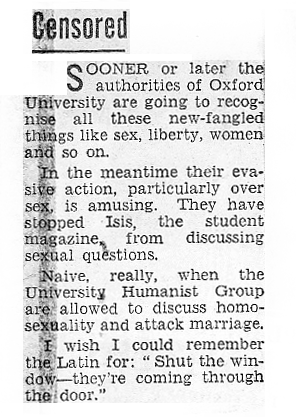 In its January 1963 issue, The Humanist (published by the Rationalist Press Assocation) reviewed the Michaelmas term:

and the Ethical Union’s News and Notes for December 1962 reported on OUHG’s success in an item looking foirward to the University Humanist Federation’s conference: 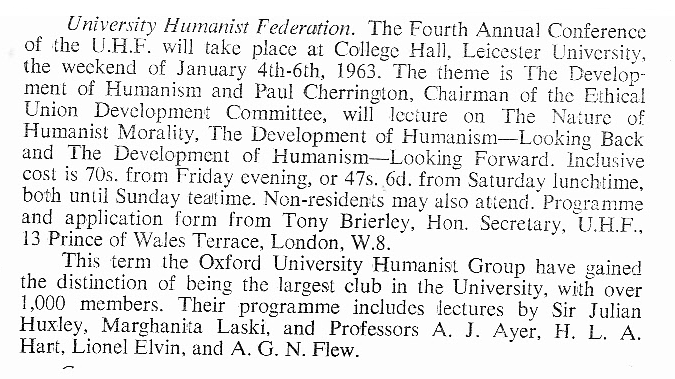 On 30 October 1962 The Times acknowledged in a long article headed “Oxbridge Freshmen ‘Deluged’ with Religious Tracts” that though the strength of the evangelical OICCU and its Cambridge counterpart CICCU was undeniable, “neither can boast as large a membership as the humanist groups, which attract students outside any organized religious body”.

This copy is from a sadly faded wet-process photocopy: see second column under cross-head “Humanists’ Strength”.