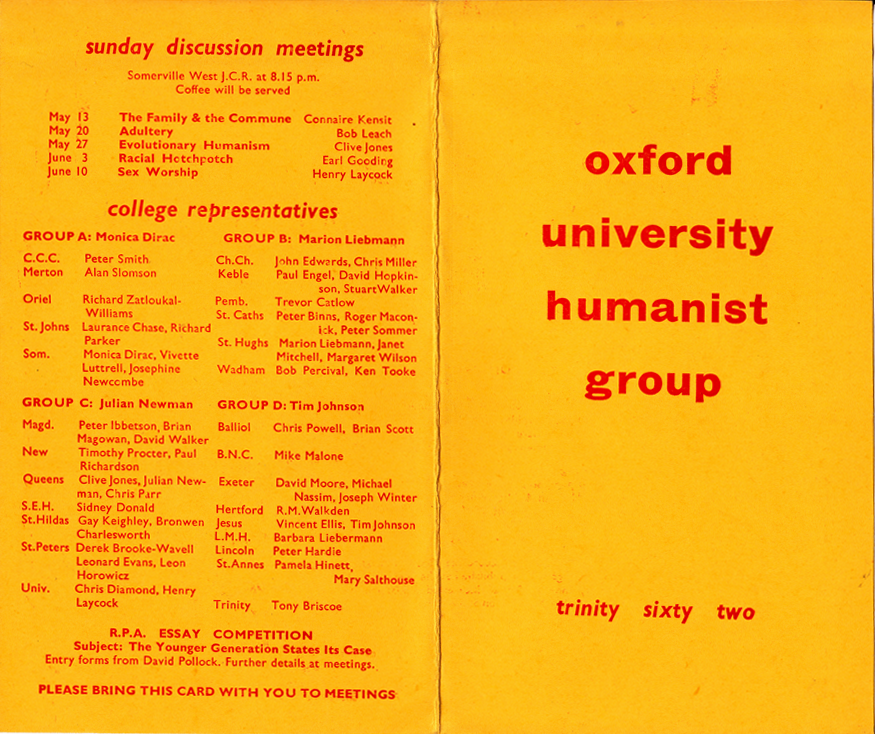 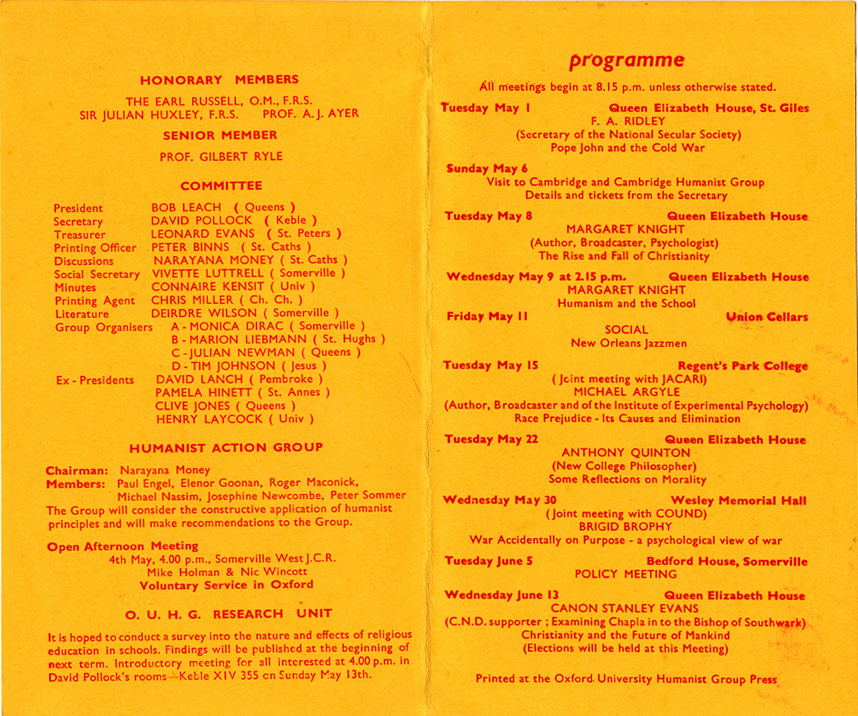 [NB: David Pollock has manuscript notes of the two talks by Margaret Knight and those by Michael Argyle, Anthony Quinton and Canon Stanley Evans which he can make available to anyone interested.]

This was the first card printed by the Group with their table-top Adana flat-bed printing press, on which see here.

The press was used to print a petition to General Franco’s Spanish regime calling for freedom for some students imprisoned for demonstrating in favour of striking miners.  This followed a meeting jointly organised by OUHG and the OU Labour Club, JACARI and COUND.  For more details see here.

The term also saw new initatives in the form of the Humanist Action Group and the Research Unit.

Some posters may be seen here. 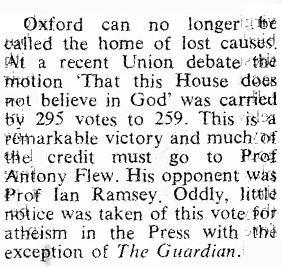